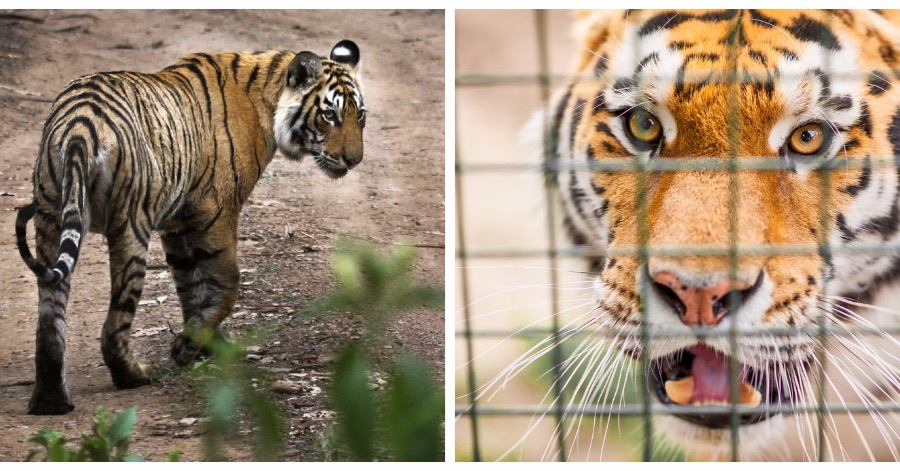 A tiger that was captured in India will be spending the rest of its life in captivity after it has killed 3 people, as said by Indian officials on Sunday. It is believed that the man-eater tiger was too dangerous to be freed up.

According to The Jakarta Post, the 5-year-old male tiger had also attacking cattle. In 2018, the tiger had embarked on a journey more than 500 kilometers from western Maharashtra state to central India’s Betul district in Madhya Pradesh state.

“The only option left was to put it in captivity to ensure both the tiger and humans are safe,” he added.

The predator was first caught in December 2018 after its long journey and held in captivity for 2 months. It was put with a tracking collar and shuttled between a tiger reserve and a national park.

However, officials said that the tiger always gets lost and hunting near human settlements. As a result, it has attacked cattle and even endangering humans.

The tiger was finally caught on Saturday and was sent to a zoo in Madhya Pradesh capital’s Bhopal.

“It will take some time for him to adjust to the new environment. We will be monitoring his behavior,” said Bhopal’s Van Vihar National Park director, Kamlika Mohanta.

“As of now, it will remain in solitary confinement. A decision to put it on display at the zoo or send it to a (fenced) safari will be taken later,” added Mohanta.