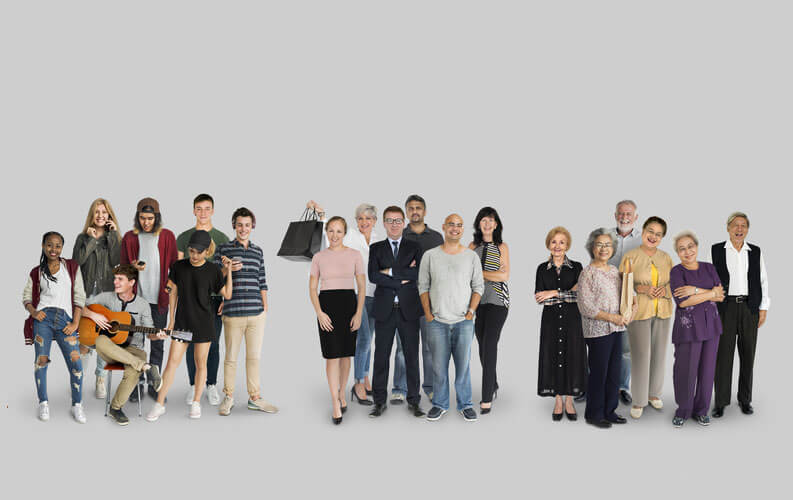 These are the 5 different types of generation in this whole wide world:

If you are in the Baby Boomer Generation 1 & 2, your current age would be around 53 to 73 years old. This particular generation spans over 20 years and it is also the biggest generation ever. Fun fact, the term “baby boomer” actually comes when soldiers from World War 2 came home than they produced a lot of babies. Later, before they leave for the Vietnam War, they would make more babies hence to a baby boom for 20 years. People from the Baby Boomer Generation 1 & 2 had lived through the economic crisis, poor job opportunities, and also the first generation to be exposed to AIDS.

The current age for people in the Generation X category would be from 42 to 52 years old and they also are referred to as the second ‘Lost Generation’. These people are those who got exposed to daycare, divorced families, and the increase of school dropouts. Despite all that, this generation also produced the most highly educated people. They are also more skeptical compared to people from other generations. The proudest moment of this generation is to be the ‘Golden Ages’ of music because music created during this generation was so great and also legendary.

If you are categorized as Xennials, your current age would be around 31 to 41 years old. This would be the second-largest generation after the Baby Boomer Generation. Many researchers say that this would be the best generation because they have a lot of contributions to family and also society. Xennials also is the generation who understands our world the most because they are the first one to experience on how to use the internet, witnessed sports greatness first hand from the famous Michael Jordan, Kobe, Lebron. Mike Tyson and also Manny Pacquaio. Other great things about this generation are they played the first video games but they still know how to play outside, they enjoyed great music all the way from the ’80s, ’90s, and also early 2000’s. This is where the Hip-Hop genre was born. They also a trendsetter for fashionable outfits. Lastly, this generation also is the first ever to own the iPhone.

The current age for people from Generation Y would be 20 to 30 years old. This generation is the third-largest generation and also still rapidly growing. They are also the most studied group from others. The majority of people from this generation own their personal smartphone, computer, and also credit card. These people also are very diverse, social and so technology-dependent. They live their lifestyle with a higher worth of experience rather than material things because they are less loyal to certain brands only. This generation also grows up with mumble rappers and electronic dance music.

People from Generation Z would have the current age of 6-19 years old. There is not so much information about this particular generation. What we do know is that Generation Z will grow up with highly sophisticated media and also a computer environment. This will make them, even more, Internet-savvy than the others. This generation will be the first to really have a chance of living in a world of Artificial Intelligence.

26 Districts Classified As Red Zones In Past 14 Days – CPRC

New Study Reveals ‘Sinister’ Is The Scariest Movie Of All Time