KTMB now offers a 50% discount on ETS and KTM Intercity fares to all destinations. Interesting, isn’t it?

For your information, this promotion is valid for the travel period from 28 October 2020 to 9 November 2020.

Enjoy fare as low as RM30 for travel from Ipoh to Padang Besar with ETS.

Get your tickets now through the KTMB Mobile application or at bit.ly/2G052vo 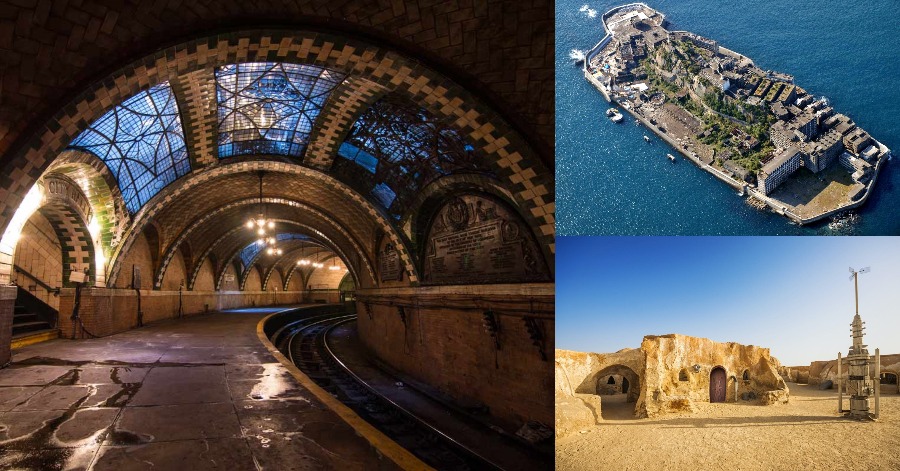 These spots are haunting, and there is a mysterious beauty in neglect. From discarded hotels to ghost towns and flooded villages, these are actually 5 abandoned places in the world that are so cool to look and enjoy, perfect for intrepid travelers with a macabre sense of adventure.

These forts on stilt off England’s east coast were originally World War II gun towers to defend against German aircraft. Now rusted out and decaying, they were decommissioned in the 1950s and have not been used since. They hark back to some of the darkest days of the war, and what is left of them can still be viewed today from passing boats.

The majority of filming for the planet of Tatooine took place in Tunisia, and several sets were abandoned deep in the Sahara Desert after production, including Luke Skywalker’s iconic childhood home from Star Wars Episode 4: A New Hope. Now, some of the sets are deteriorating and becoming buried beneath the sand.

Less than one square kilometer of rock sits on top of a massive, 1950s undersea coal mine. The miners needed a place to live, so an entire city arose on the tiny island. Nearly 6,000 people lived there, the world’s highest population density. But when the coal ran out, the micro-city was deserted.

This beautiful subway station was in use until 1945, but it closed down because the curve of the platform was too sharp for newer, longer trains. Decorated with stained glass skylights, colorful tile and brickwork and chandeliers, this work of art is sadly no longer accessible to commuters and passersby, but the New York Transit Museum does offer tours to this underground treasure box.

These pod-shaped rooms, originally designed as ski chalets, were once destined to be part of a cheerful beachside vacation resort. However, after financial struggles, the project made of lightweight fiberglass Futuro houses was abandoned. Today, rather than a relaxing vacation destination, the combination of whimsical architecture, pastel coloring and decades of decay is unsettling. 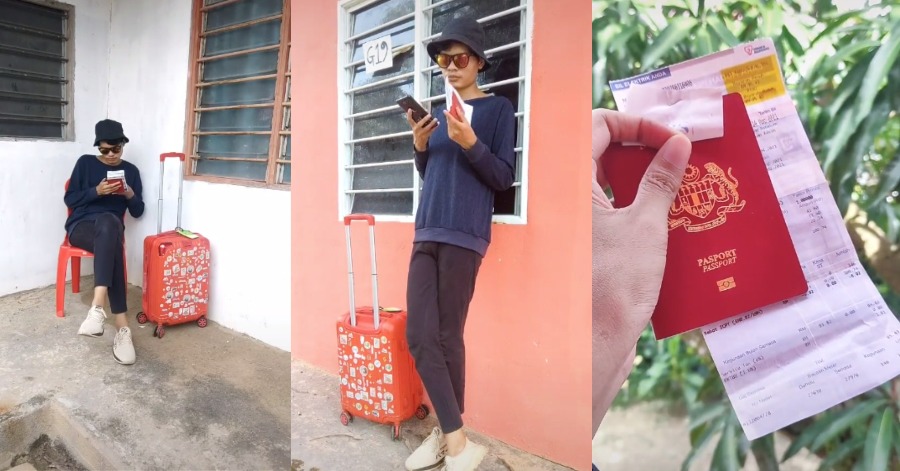 One of the major things that many people here in Malaysia miss the most during this time of the COVID-19 pandemic is definitely traveling abroad. The proof would be, many can be seen have already started to throw back their old photos and also videos while traveling in other countries before the Covid-19 outbreak hit the rest of the world last year.

In a matter of fact, some people want to travel so much up until they recreate what it feels like just to be at the airport because they have really missed the atmosphere there. This particular video of a young man who went viral on this TikTok app when he acted in his own house which was turned into an airport steals the netizen’s attention.

Based on the uploaded video by a particular young man named Hadrey Ali, it can be seen that he was just outside his house with full preparations as if he wanted to go on holiday. He was also seen carrying his own luggage while holding a passport in his hand. What was even more entertaining with the video was that he literally uses his house’s electricity bill as his own flight ticket

His action really invites a lot of laughter for many people who watch the video. His acting in the posted video which showed the full procedure at the airport until getting into the plane was accompanied by an audio recording of the announcement there. Looking at the comments section, turned out many people also really wanted to travel.