The general word for ghost is hantu, of which there exists a wide variety. Some ghost concepts such as the female vampires pontianak and penanggal are shared throughout the region. Traditional ghost beliefs are rooted in prehistoric animist beliefs. However, the region has long had extensive contact with other cultures, and these have affected the form of some of the legends.

According to ancestral beliefs, the ghost depicted has its own identity according to local customs. These are the 5 most terrifying ghosts according to the beliefs of the world community.

Pocong whose story is popular around the archipelago is a ghost wrapped in a shroud. Known as the most feared ghost after Puntianak, according to legend Pocong is said to have appeared because he wanted to ask for help so that his shroud can be untied.

Meanwhile, there is also a story that says that the Pocong is the incarnation of a corpse that is not accepted by the earth because of sins and mistakes that it once committed during his life. 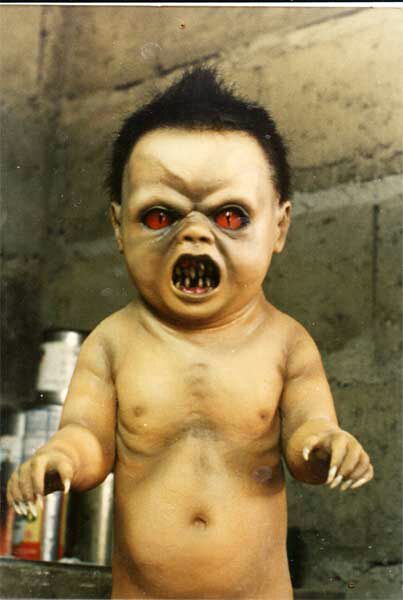 These ghosts resemble children or babies like Toyol. Tiyanak is a creature according to the beliefs of the Filipino people that exist in the jungle. If there is any angler or end that enters the forest and then hears the sound of the baby crying, it may be the cry of Tiyanak who wants to attract human attention to look for it – supposedly to save it, but, once lifted, it will change its appearance and attack humans.

According to the beliefs of the United Kingdom, Bloody Marry is a mysterious entity filled with blood that will appear in the mirror when its name is mentioned repeatedly. It is believed that a woman lived in ancient times.

Basically, it is a ritual used by girls in the past to see their future husbands. In a dark room, they would stare into the mirror while holding a candle to see the face of the future husband, but there were some girls who saw the skull and that signified they would die before meeting a mate.

Gwishin is a ghost word in Korean. There are various types of Gwishin and one of them is Cheonyeo Gwishin who is the ghost of a dead girl before getting married. When it appears, it can be seen wearing a kind of traditional white Hanbok dress called Sobok which is a dress worn on a woman’s corpse.

She has long hair and unraveling because according to Korean tradition, single women should always tie their hair to indicate that they are virgins.

This is a legend that reportedly happened in the past. About a wife who loves her husband very much. One day her husband named Mak went to war and had to leave her and the unborn baby. Finally, the wife named Nak died due to complications during childbirth but as soon as she returned, Mak did not believe the words of the villagers whose wife was dead due to the fact that she could see Nak and her child still alive.

Eventually, Nak’s ghost was captured, thrown away by the monks, and no longer disturbed her husband and villagers.