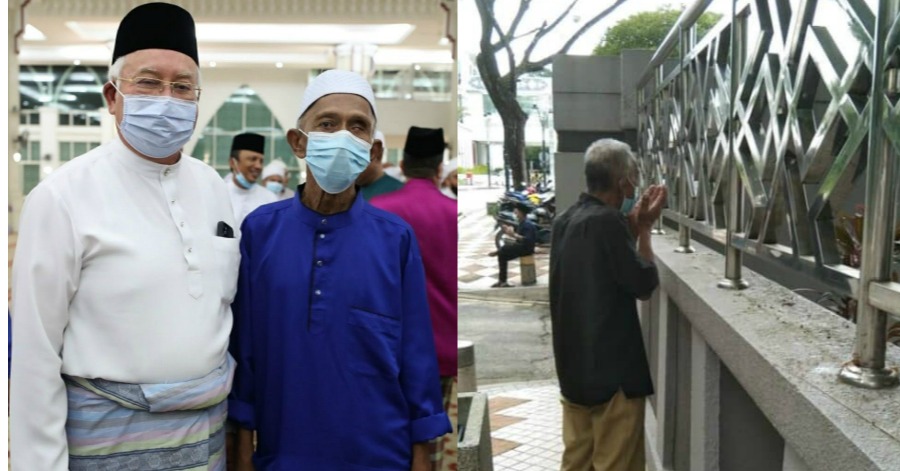 The passing of the late Tun Rahah who is also the mother of former Prime Minister, Datuk Seri Najib Tun Abdul Razak has affected the public, especially those who were directly affected by her kindness during her lifetime.

One of them is the uncle of Rusli Md Udin whose picture went viral by praying outside the mosque while the funeral was being held.

His actions have touched the public to see his earnest prayers for Tun, including the former prime minister himself.
Following that, Datuk Seri Najib arranged a meeting with the man as a token of gratitude for his prayers to the late Tun Rahah.

“Finally, we both met. The power of social media. Thank you Netizen Department for your help,” said the former Prime Minister.

“There is a Facebook friend of mine who saw Rusli Md Udin praying outside the mosque during the management and burial of my mother’s body. May Allah grants him good health and has mercy on him,” he added.

His post also made social media users feel touched and they also prayed for the man.

White Moose Spotted In Sweden, Believed To Be Around 30 More