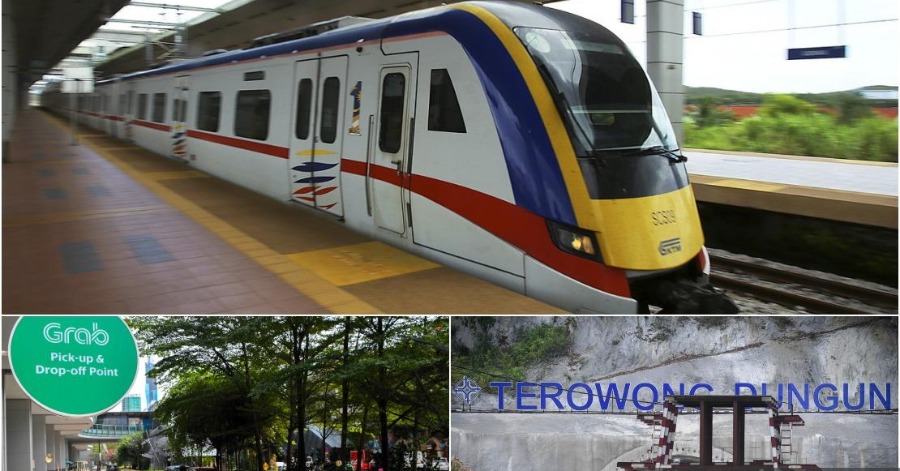 KUALA LUMPUR, Dec 9  — Measures to curb the risk of infection and preventing COVID-19 have caused a major disruption in the way public transportation is operated, impacting not only ridership but also people’s options to move about safely.

The operators have to adapt to the new normal of providing hand sanitisers, ensuring face masks are worn by both employees and passengers, and the need for physical distancing: measures which adhere to the standard operating procedures (SOPs) set by the Health Ministry.

This challenging situation puts operators, who are struggling to push their capacity numbers to pre-pandemic levels, under significant financial stress.

Restoring passenger’s confidence to use public transport despite stringent safety measures in place cannot be done overnight as the pandemic has sparked a fear of transmission in crowded areas, hence people will prefer to drive themselves versus using public transport.

On the other hand, to avoid crowds either for travelling or sourcing for goods and services, people have also explored other available options such as e-hailing.

The reduction was implemented to optimise rail operations in line with the aim of the MCO to reduce interstate travel and restrict the movement of people. This drastically reduced the number of train passengers following the spread of COVID-19.

KTMB’s service frequencies will be reviewed periodically depending on demand and government directives.

Prasarana looks for light at the end of the tunnel

Prasarana Malaysia Bhd, which is driving the transformation of Malaysia’s public transport systems and services, said the current commuter trend seems to be showing an uptick from 16 per cent in March, due to the MCO, to 60 per cent in August.

The urban rail provider and chain of stage bus services provider has managed to carry 1.4 million commuters daily so far, compared to 900,000 riders daily in 2018.

Ridership volume for the Mass Rapid Transit (MRT) Kajang Line declined to an average daily ridership of 80,000 for the first six months compared with 200,000 last year.

Prasarana believes it will miss its target of positive earnings before interest, taxes, depreciation and amortisation for 2021, and may incur losses of between RM200 million and RM500 million this year.

Fortunately, the losses will not be as high as in 2018.

To boost the number of riders using public transportation, the government has expanded the My30 unlimited travel pass to Penang and Kuantan.

The unlimited RM30 travel pass was introduced under the National Economic Recovery Plan (PENJANA) and it allows pass holders to travel on MRT, Light Rail Transit, and Monorail trains, as well as Bus Rapid Transit, RapidKL and MRT feeder buses without limitations.

The My30 programme was supposed to end this month but was extended via an allocation of RM300 million announced in Budget 2021.

The East Coast Rail Link (ECRL) project is only 0.02 per cent delayed in its implementation schedule due to the MCO, with an overall progress rate of 18.10 per cent as of last month compared with 16.86 per cent in June.

The project, which is expected to be fully completed by December 2026, is divided into three sections, namely Section A (Kota Bharu-Dungun), Section B (Dungun-Mentakab) and Section C (Mentakab-Port Klang).

After three postponements, the RM10 billion project — which was announced in 2011 — has finally resumed and is expected to commence construction works in the first quarter of next year.

On the KL-Singapore High-Speed Rail (HSR) project, both Malaysia and Singapore will announce further project details in due course.

A discussion between the prime ministers of both countries, Tan Sri Muhyiddin Yassin and his Singapore counterpart, Lee Hsien Loong, was held on Dec 2. The meeting took place in view of the Dec 31 deadline for the second and final extension of the HSR project.

Before the meeting, news reports indicated that Malaysia may proceed with the project without Singapore’s participation by having the rail line end in Johor Bahru instead of in the republic.

Meanwhile, it might be the end of the road for the Klang Valley Double Track 2 (KVDT2) project as the Perikatan Nasional (PN) government has issued a letter of termination to Dhaya Maju-LTAT Sdn Bhd (DM-LTAT) in relation to the contract for the project, in September.

The termination got into legal affairs when DM-LTAT filed a suit against the government and Transport Minister Datuk Seri Dr Wee Ka Siong on Sept 7, seeking a declaration that there exists a valid and binding contract between the company and the government by way of a Letter of Acceptance dated Aug 19, 2019.

The project came under fire after Finance Minister Tengku Datuk Seri Zafrul Abdul Aziz released a list of 101 projects awarded via direct negotiations worth RM6.61 billion during the Pakatan Harapan (PH) administration. It includes the KVDT2 project awarded to DM-LTAT worth RM4.475 billion.

While proceedings are ongoing, the Transport Ministry has made it clear that the KVDT2 project will still proceed as planned and will reopen the tender for the project after taking into consideration the results of an extensive study and investigation which found the cost of the said project under DM-LTAT to be overpriced.

Since May, demand for e-hailing services has gradually increased with delivery service remaining as the top gainer, while enquiries with regard to e-hailing jobs also increased due to rampant retrenchment.

The improvement was also contributed by the Health Ministry’s SOP of not allowing taxis and e-hailing vehicles to carry more than two passengers per journey.

The e-hailing segment especially for delivery services continues to be creative and flexible to fill a growing demand.

It will continue to be part of the Malaysian transportation industry and will remain competitive in contributing to the domestic economy.

In a nutshell, the industry has seen almost a “yin yang” year, balancing between the dampening impact of COVID-19 and the win-win partnership for the RTS project, with a hope that the industry will improve next year.

Preparing for a new reality

Universiti Teknologi Mara Centre for Technology and Supply Chain Management Studies senior lecturer Dr Shahrin Nasir said with the allocation provided in Budget 2021, the transport industry should seek to further improve its services in the post-pandemic era with constructive planning and new approaches.

He told Bernama recently that the mobility of people should integrate the private and public transport network and services so that they have a better choice in planning their journey.

Such measures would go a long way in helping the industry recover faster, he said.

Use Foundation Every Day Might Be Good For The Skin – Experts