The Amazon rainforest, covering much of northwestern Brazil and extending into Colombia, Peru, and other South American countries, is the world’s largest tropical rainforest, famed for its biodiversity.

It’s crisscrossed by thousands of rivers, including the ‘Shanay Timpishka’ river. A river in the Amazon forest that a lot of people do not know about. Interestingly this river has a unique story that can kill us all.

A river in the Amazon jungle which is a sanctuary for the indigenous people around is said to be boiling and can cause animals that fall into the river to die of heat.

Referred to as Shanay Timpishka which means boiling with the heat of the sun, referring to the strangeness of the river. Another name for this river is La Bomba and is located in the Amazon rainforest in Peru.

Boiling Temperature Until It Can Bring Death

In general, we know that hot springs have magma that is able to heat water below the earth’s surface and close to volcanoes. But this 6-kilometer-long river boils along its path and the distance of the nearest volcano is 700 kilometers.

The river, which is 25 meters wide and 6 meters deep, is recorded at 45c to 100c degrees Celsius, quite hot and it is not surprising that fallen animals will die.

This incredible river actually boils because beneath the earth’s surface there is geothermal. Fractures on the surface of the earth cause the water heated in the earth to start coming out, and this is the reason why some countries do not have volcanoes but there are hot springs.

Strangely enough, the Indigenous people there take this river water to make hot drinks. Sounds a bit weird but that’s the reality. Humans can still swim, only when it rains heavily because it is mixed with cold water. Animals that take the risk of swimming in this river actually can even cause death to them.

Bhutan Is Like A ‘Hidden Gem’ With 5 Uniqueness To Explore Who would have thought that a mysterious place in Malaysia like this ever existed! Just by the sound of the name could have given many people goosebumps, let alone if you yourself set foot there. Bukit Hantu is known as the scariest place in Asia. This place was originally a fort to defend Penang, but this fort became the property of Japan during the Second World War. This is where they carry out beheadings and torture of soldiers and victims.

In the past, Japanese forces detained and tortured prisoners of war to gather information for the smooth running of Japanese occupation in Malaysia. As a result, many spirits interfere and haunted the place. Now, it has become the War Museum which is said to be the scariest mysterious place in Malaysia. The Penang War Museum is dedicated to all who died to protect their country.

Now, a leisurely walk at the Penang War Museum will rekindle the imagination of what happened before. Although the original cannons no longer exist, you can imagine how British, Malaysian, and Sikh troops used to be on guard against enemy attacks from the sea. From Canon Firing Bay, views of the Straits of Malacca are clearly visible.

Did You Know? Stones From Mosque Was Used To Build The Well-Known A’Famosa 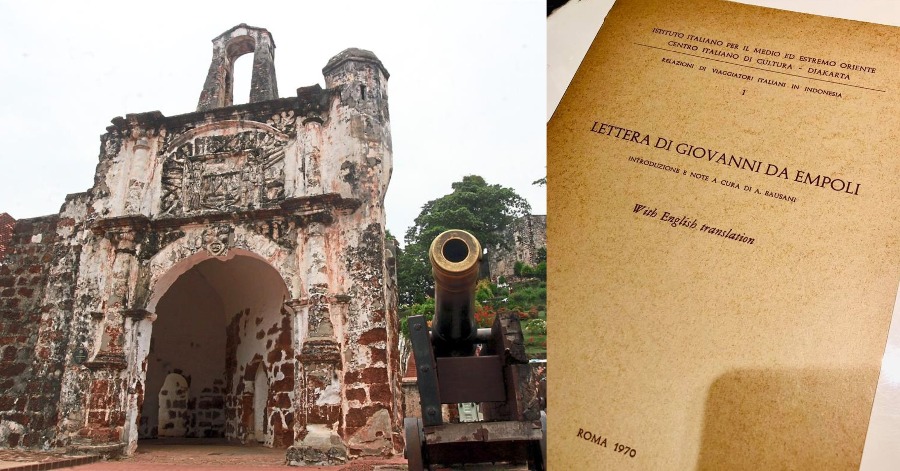 The famous A’Famosa was built soon after the Portuguese captured Malacca in the year 1511. Bringing the meaning of ‘The Famous’, the Portuguese used forced labor to build the city that serves as a temporary camp to repel the attacks of the Malays. It took five months to build, many of the forced laborers used to build the city died as a result of hot weather and food shortages.

The construction of Kota A Famosa under the direction of Alfonso de Albuquerque became a symbol of the resistance of the people of Melaka at that time to force them to build a defensive city once they took control of the city of Melaka. The city was later destroyed by the British on 10 August 1807.

Little do people know that the material used to build this iconic historical monument of this city is by using stone mosques and also the tomb of the Malays. This is evidenced by the particular discovery of a letter from a man named Giovanni da Empoli (1483-1517) to his father in Italy. Giovanni da Empoli was a merchant who at the age of a dozen had left Lisbon according to the navy of Alfonso de Albuquerque traveling to Southeast Asia (April 6, 1503). Born in Florence, he has the ability to speak many languages. Early 16th century. Portugal actively expanded its influence by conquering maritime routes to Southeast Asia conquered Goa in 1510 and Melaka in 1511.

Being in Melaka for six months since 28 June 1511, Giovanni and the other crew were forced to engage in the conquest under Alfonso despite having no background as a soldier. Throughout his adventures, Giovanni has written two letters to his father in Florence who are 10 years away. In the letter, he recounts the events he witnessed himself during the year 1511.

Among the contents of the letter revealed:

“We prepared a stone [fort] that we built by renovating the houses of the ‘Moors’, their mosques and other buildings.

We built it up with great difficulty by bearing the stones on our backs, and each of us became a manual laborer, a builder and a stonemason.

The situation is very difficult: We built the city with our weapons under the scorching sun that is hard to describe. The only food available is rice (…)

No one escaped a terrible fever, in which the corpse lay in the captain’s residence for two or three days (…)

I fell ill from October, and for fifty days I had a severe and prolonged fever until I lost my mind”. 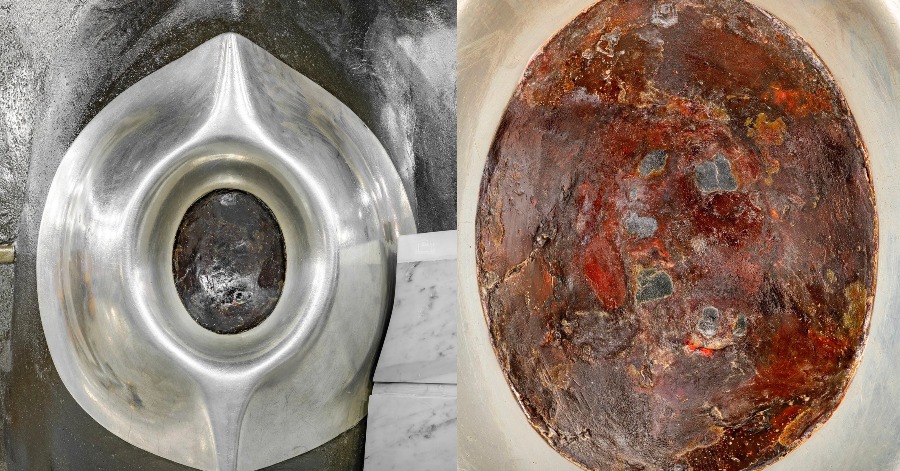 Authorities in Saudi Arabia released new specially processed images of the Hajar Aswad in the Grand Mosque in Makkah.

The General Presidency for the Affairs of the Two Holy Mosque took over a thousand photographs of the Black Stone and the shrine of Ibrahim. Using Fox Stack Panorama technology, it combines images with varying degrees of clarity to produce a single accurate high-resolution picture of the Hajar Aswad

Sultan bin Ati Al-Qurashi, the undersecretary-general for the Projects and Engineering Studies Agency at the presidency said that the authority was interested in using the latest imaging techniques because of the Black Stone’s importance to Muslims. With a whopping 49,000-megapixel, the images were taken over seven hours and required a week to edit. It is the first time the artifact is shown in such great detail.

The reddish-black, the oval-shaped stone is 30 cm in diameter and is located in the southeast corner of the Kaaba.

Positioned 1.5 meters above the ground inside a pure silver frame, it is the starting and finishing point of the circumambulation or tawaf.

” It is an advanced technique used for the first time in building a model that greatly simulates the shape and size of the shrine of our Prophet Ibrahim,” Al-Qurashi added.

The Projects and Engineering Studies Agency is building a virtual exhibition to display all these works in a 3D model that is considered an exact replica of the archaeological collection, and will include 123 different pieces from the Two Holy Mosques Architecture Museum.’