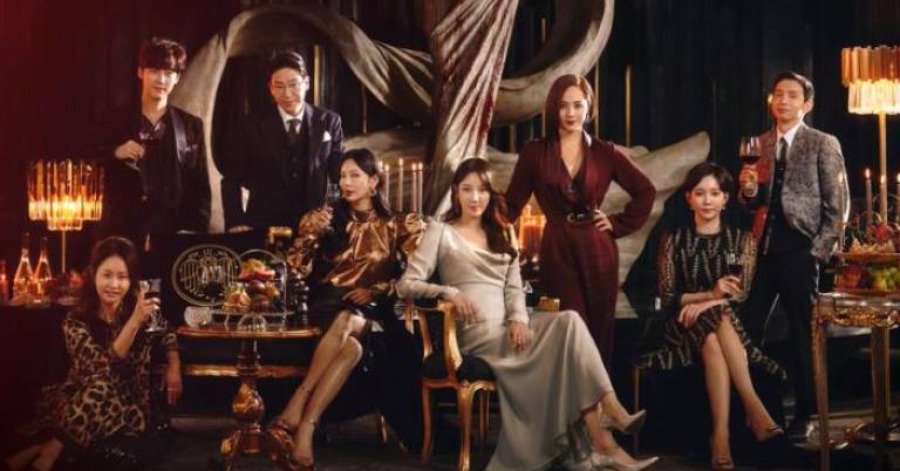 Recently, there is a Korean series that has attracted so much attention of Malaysian viewers that love to watch worthy Korean shows. That particular series would be the one named “The Penthouse: War in Life”. It is actually a South Korean television series that spins the story of real estate and education war, a desire to be number one.

This particular series depicts the solidarity and revenge of women who had no choice but to become evil women to protect themselves and also their children. Special for the fans, here are the 5 unforgettable moments that left all the viewers of this series utterly shocked and speechless:

This was actually the shocking moment that showed just how evil Joo Dan Tae really is and literally, nothing could ever stop him from getting what he wants. According to the series, Shim Soo Ryeon had someone else she wanted to marry, but because Joo Dan Tae was so in love with her, he hired people to kill her fiancé.

Shim Soo Ryeon was pregnant at the time, but this still doesn’t stop Dan Tae from murdering the father of her baby. This scene made viewers sympathize with Soo Ryeon’s innocence and unawareness of how lethal her husband is and evoked feelings of anger, wanting Shim Soo Ryeon to discover Dan Tae’s evil ways sooner than later.

The series shows that Min Seol Ah is actually a student who is at the top of her class as well as an exceptional singer. In order to make ends meet, she disguises herself as an older student in order to tutor other high school students.

Once it’s discovered that she’s a high school student and an orphan, the Hera Palace kids won’t leave her alone. They harass and bully her to no end and even go to the extent of kidnapping and torturing her. It literally shook people to their core seeing this poor orphan being bullied and constantly harassed by the Hera Palace students. This fueled the storyline and encouraged the revenge plot of the series, which was so exciting to watch.

This was a total shock. Who would have thought that Soo Ryeon’s bed-ridden daughter was not actually her daughter and that Min Seol Ah was her biological daughter?

It was all very confusing, but we were just happy that there was someone to avenge the death of Seol Ah. Soo Ryeon takes it upon herself to gather evidence and facts to make sure that her daughter’s death is avenged. It was only a matter of time before all the secrets were leaked and the villains were exposed. Based on the series, when Shim Soo Ryeon was lying in her hospital bed after giving birth to the daughter of her deceased lover, Dan Tae exchanged her baby with another one. It is discovered that Min Seol Ah is her real daughter.

The death of Shim Soo Ryeon was very distressing as she was the one who had all the evidence for all who were involved in her daughter’s death. Her death extinguished all hope for a righteous ending. It didn’t exactly come as a surprise that Dan Tae had killed her, but even so, how could a husband kill his own wife?

It was at this point that viewers were able to see the true evil of Dan Tae and that he is indeed an unstoppable monster. In the series, Shim Soo Ryeon is given a chance by Logan to go to the U.S. with him and leave everything behind. He senses that her life is in danger and this is obviously the case as Yoon Hee and Dan Tae are planning to take her down. They devise a plan to lure her to the penthouse and Dan Tae ends up stabbing her with a knife.

According to the series, Yoo Je Ni discovers that her rival Bae Ro-na has some pretty killer vocals, which intimidates her. In an effort to sabotage Ro Na’s chances at getting accepted into Cheong Ah Arts School, she pretends that Ro Na tried to poison her.

She even goes to the extent of dyeing water and pretending that she is coughing up blood. It is so incredibly shocking for this high school student to go to this extent in bringing her classmate down. If you haven’t been exposed to this type of savagery in K-dramas, this particular event will come as a shock. It really set the tone for the series and showed the brutal ways in which these students are willing to compete with each other. It also instigated a desire to want to see the outcome in hopes that justice would prevail at the end.