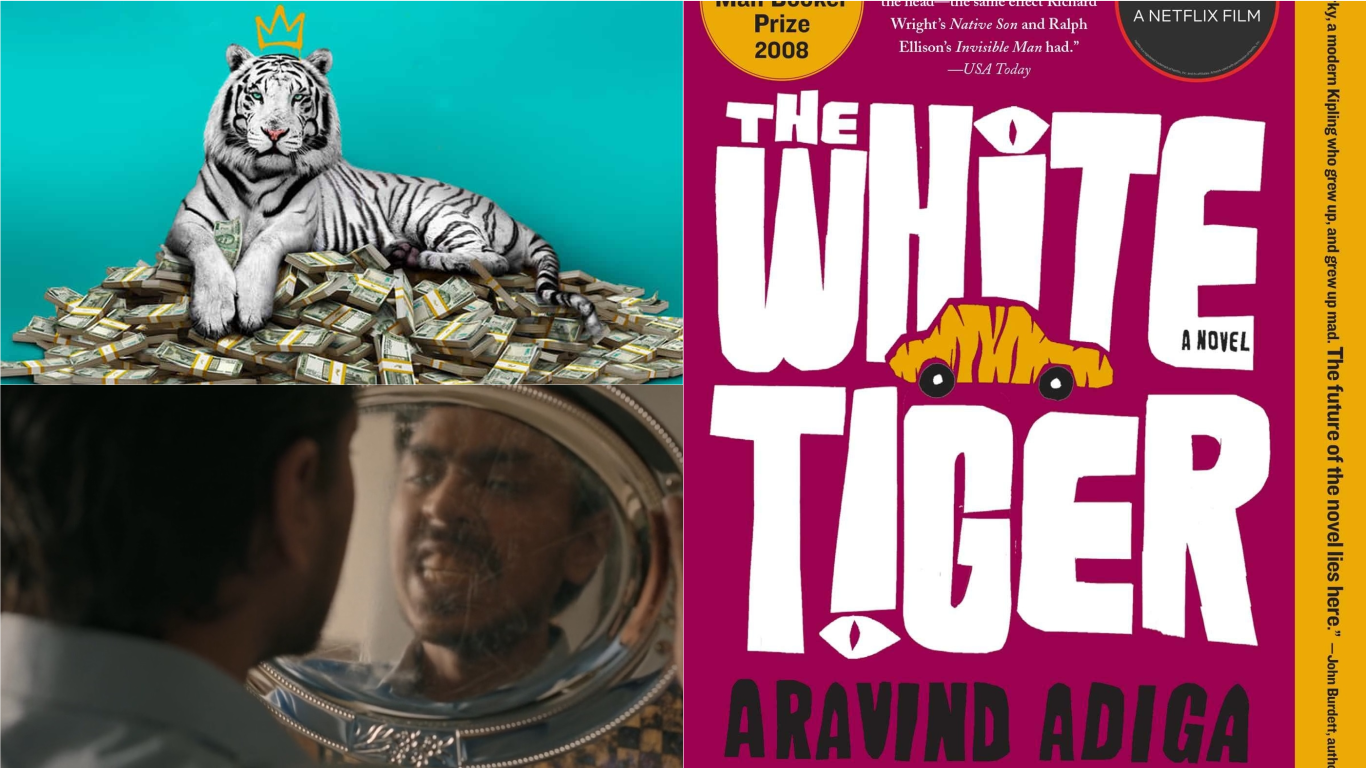 On January 22nd, Netflix has released The White Tiger, adapted from a novel by Aravind Adiga with the same name. The movie stars newcomer Ardash Gaurav, Rajkummar Rao, and Priyanka Chopra as its main cast. It tells the story of Balram Halwai who was raised in the slums of Bangalore and found his calling as a driver to a young upper-class couple in Delhi.

The movie received positive reviews worldwide, despite not receiving as much attention in Malaysia. However, after reading the novel and finished the movie, I’ve discovered the reasons why you should read the books before watching the Netflix adaptation.

The author uses a first-person perspective to put readers into the mind of the main character. The dark humor and his cynical views on life in the slums of India will draw you in and make you feel all kinds of strange and normalcy, discomfort, and familiarity.

It was published in 2008 and won the Booker Prize Award for that year. The clear and realistic way it portrayed modern India rotted by corruption and its effects on society is apparent. As a Malaysian reading this, I am a little grateful for the state Malaysia is today. However, that does not mean that we shouldn’t be vigilant in stopping corruption in our own country.

It is public knowledge that India is a country with a strict hold over traditional values, especially regarding caste systems. This is a story about changing ones’ destiny, informing your own path in life. Albeit the dark path, the main character went through, it doesn’t mean we can’t learn anything from his journey.

There are many Bollywood fans in Malaysia. But where most movies from the industry show the upper-class  ‘masala’ lifestyle, The White Tiger offers the voice of the unheard.

“This is the reality for a lot of Indian people and it’s important that it gets written about, rather than just hearing about the 5% of people in my country who are doing well.” – Aravind Adiga

Literature students and anyone studying creative writing will get a kick in analyzing the book’s themes and motifs. The motifs fill the book to hammer home the theme. In my opinion, more university should consider including this book in their syllabus (it is not suitable for schools because of its explicit writing). The writer did not hold back in terms of making his message clear but you will definitely finish this book pondering on your life.

Source: Simon and Shuster, The Guardian

Success Story: What Can We Learned From Uzumaki Naruto?