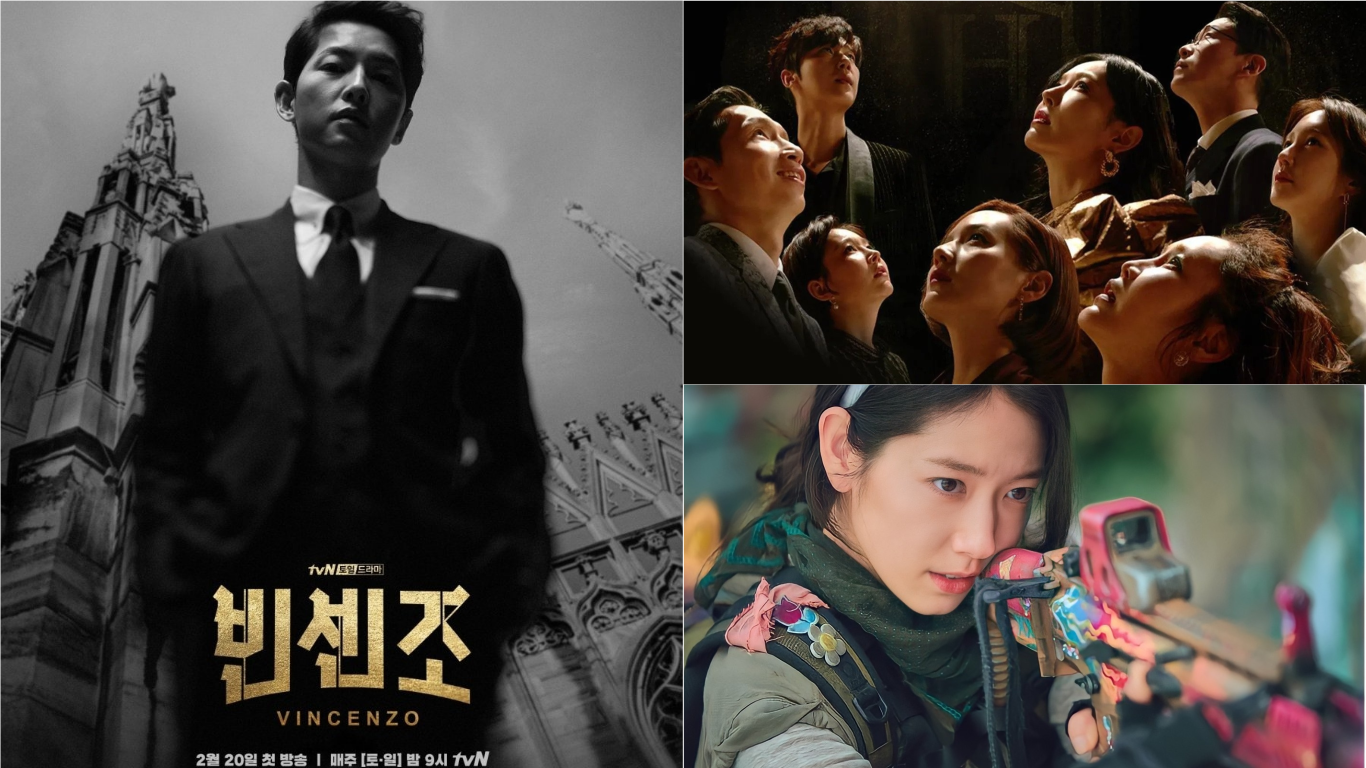 February being the month of Valentine means it is also a perfect month for the release of brand new Korean dramas.

Not just that, many popular actors and upcoming stars are gracing the small screen with new dramas this month! Here are some of the line-ups for February releases and interestingly, it is not just for the romance genre.

1) River Where The Moon Rises

Starring Goblin’s Kim So Hyun and Scarlet Heart Ryeo’s Ji Soo, this is a historical drama set in the Goguryeo era. It retells the love story of Princess Pyeonggang and On Dal of the classic Goguryeo folktale. Kim So Hyun will play Pyeonggang, also known as Ga Jin, an ambitious woman who dreams of becoming a leader. In her road to ambition, she uses On Dal’s feelings to achieve it. There will be other stars such as Kang Ha Neul, Choi Yoo Hwa, and Lee Ji Hoon.

The drama started airing on 15th February so you can still catch up on the episodes.

Slated to release on February 20, the only Italian thing about this drama is the name. Vincenzo tells the story of Vincenzo Cassano, an Italian lawyer slash Mafia advisor who relocates to Korea due to internal conflicts. He crosses paths with lawyer Hong Cha Young and the two partners to take down villains who managed to evade the law.

This marks Song Joong Ki’s drama after two years since historical fiction Arthdal Chronicles. It also stars  Jeon Yeo Bin and 2PM’s Taecyeon. This drama will be available on Netflix.

The hit drama The Penthouse is returning with a new season. The first season is highly recommended. Set in the 100-floor luxury apartment, the story is about the women of the elite who will stop at nothing to reach their goals. Fans are wondering about characters who have supposedly ‘died’ in the last season.

The previous season has brilliant actors in their prime such as Eugene, Lee Ji Ah, and Kim So Yeon who are no strangers to Kdrama fans for more than a decade. However, the casting for the new season is still unknown. The drama is scheduled to release on February 19.

Beyond Evil is a psychological thriller with Yeo Jin Goo and Shin Ha Kyun as its cast. The story is about two men who are willing to do anything in pursuit of a serial killer. This drama begs the question of “who is the REAL monster?”. This reminisces the line in The Dark Knight by Harvey Dent, “You either die a hero or live long enough to see yourself becoming the villain”. How far can a person go to eliminate evil? Is it to the extent of becoming evil themselves?

This drama will air on February 19. Shin Ha Kyun will play a demoted officer while Yeo Jin Goo as an elite detective with a secret.

Fans are excited for Park Shin Hye’s return since the popular Memories of Alhambra (2019). Sisyphus: The Myth is a fantasy mystery drama about Han Tae Seol, played by Cho Seung Woo who sets out on a journey of truth and discovery. Accompanying him is his savior Kang Seo Hae who has been through hell for him. Han Tae Seol is an engineering and coding genius. A mysterious force is chasing him and he has to find out why.

Fans of Greek mythology might have some inkling on what the story will be about since Sisyphus is a God in Greek mythology. Fans of Park Shin Hye will also be excited about her change of direction. She always plays tearful characters. Hence, it is interesting to see her in a more challenging physical role since Doctors.

This drama will air on February 17th and will also be available for streaming on Netflix.

Don’t Know How To Pay Back Your PTPTN Loan? Follow These Simple Guides