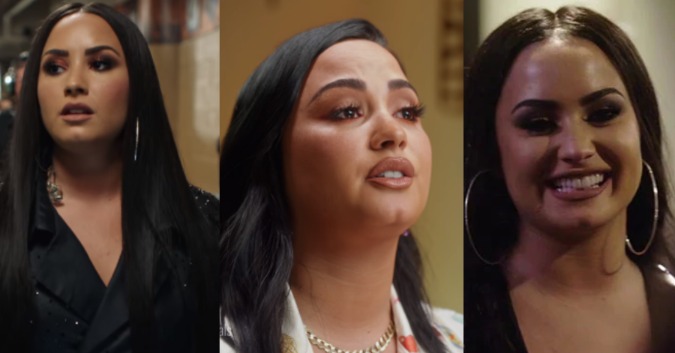 A documentary video will explore Demi Lovato’s near-fatal overdose in the year 2018, during which she had a heart attack and three strokes. For Demi Lovato, she was battling a relapse into drug addiction after six years of sobriety.

In the upcoming four-part YouTube Originals documentary titled ‘Demi Lovato: Dancing with Devil’, the singer reveals what led to a nearly-fatal overdose on the 28th of July 2018, and the hospitalization and recovery treatment that followed.

In the trailer, Demi Lovato says that she had three strokes and a heart attack during the overdose, and doctors said she had “five to 10 minutes left”. She was left with brain damage, and Demi Lovato said during the panel that now she can’t drive because of the blind spots in her vision and that it took her several months to re-learn to read.

“For the past couple years, I’ve heard a lot of stories about my life and what people think has happened, and I wanted to set the record straight,” Demi Lovato said. She also added, “If it can help you, I hope that it can. That was ultimately my purpose to putting this out, to help people on this path”.

This is the second time Demi Lovato has teamed with YouTube on making a documentary project. In the year of 2017, ‘Demi Lovato: Simply Complicated’ was directed by Hannah Lux Davis got released and it has since been viewed more than 35 million times.

Here Are 5 Romance Movie Recommendations That Your Boyfriend Would Love