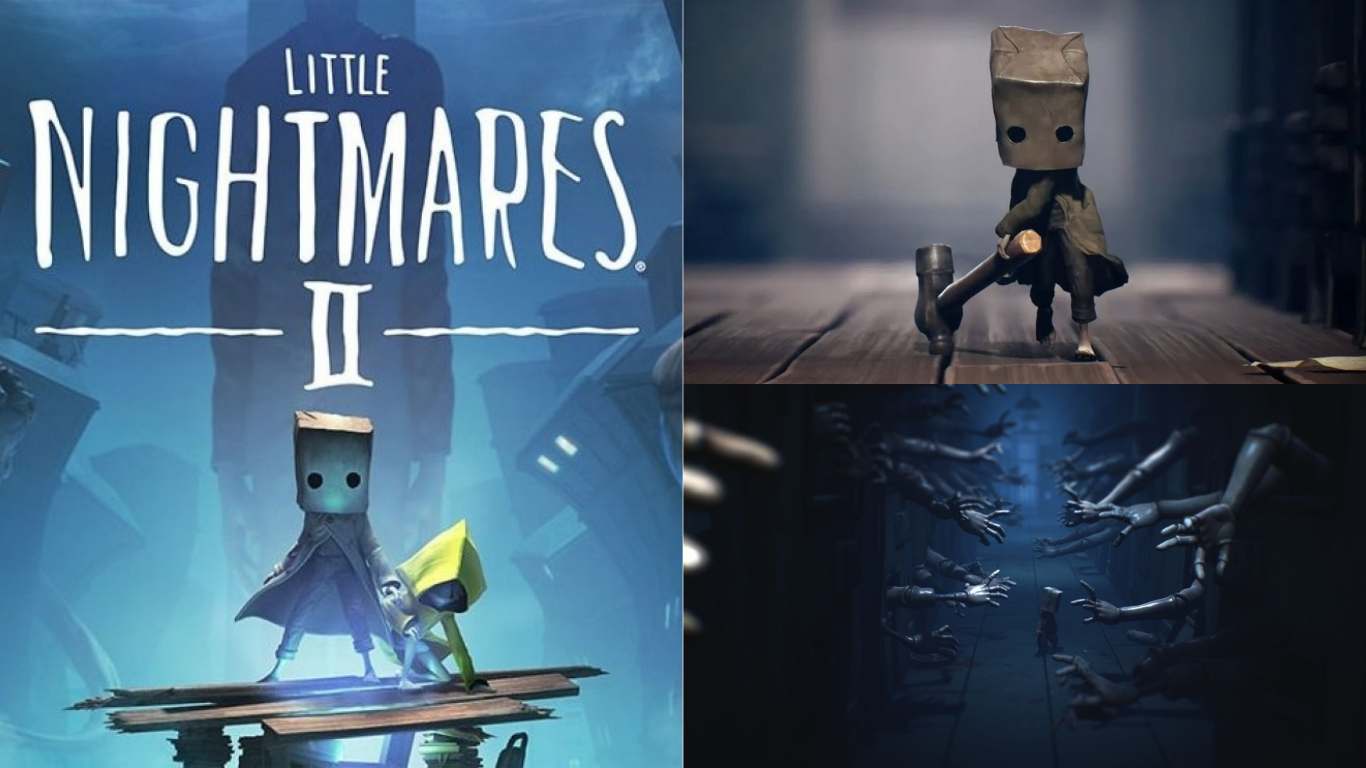 The series is a side-scroller, puzzle-platformer horror. It sets in a mysterious world of grotesque beings. The main character is a child that has to escape an iron vessel called The Maw whilst avoiding monsters that are out to eat her.

Similarly, the game largely uses visual storytelling. Therefore, most elements are left to interpretation with little to no narration. The visuals are impeccable. In addition to immersive sound design and gameplay. Furthermore, this instalment contains the expansion of the main plot. Players will control the character Mono. He, along with Six will maneuver The Signal Tower. Together, they face new deadly threats.

According to the marketing campaign, the game is about manifestations of our fears magnified into distorted monsters by our minds.

“Little Nightmares II will take this to the next level. You’ll face very awkward situations that will make you remember your worst childhood nightmares.” – Lucas Roussel, Lead Producer

Moreover, familiar surroundings of our childhood are twisted into darker representations of our fears. Plus, there are representations of adults in stranger danger PSA advertisements and posters. For instance, The Teacher, The Bullies, and The Thin Man. The flickering television in the trailer is about how entertainment could be a means of escape or corruption for these children. However, the developer took it a step further. Television is associated with the supernatural akin to 90’s horror flicks The Poltergeist.

In conclusion, this game is definitely for those who enjoy puzzles with a mix of horror. Highly recommended for those interested in Freud’s or Carl Jung’s dream theory. The game is now available on Steam for RM79.

Recalling Childhood Memories, Here Are The 5 Best Cartoon Shows Ever Aired On NTV7