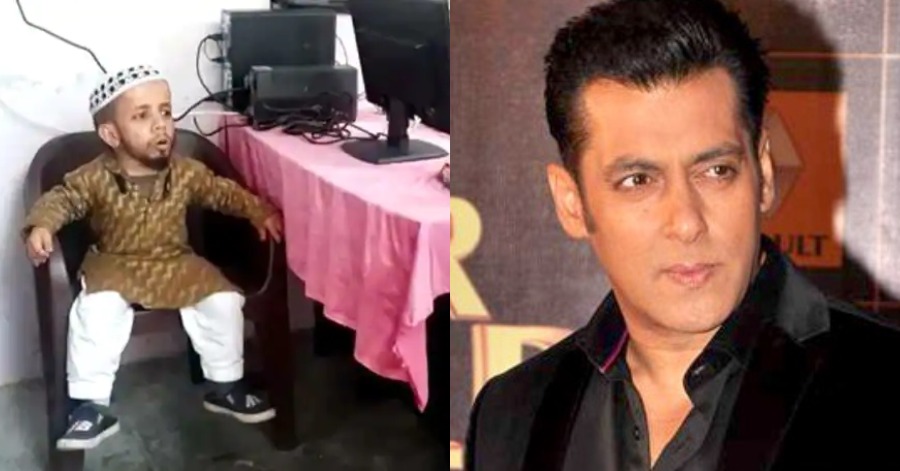 Twenty-six-year-old Azeem Mansoori was invited to Mumbai by Bollywood actor Salman Khan himself for a meeting. A 2-foot 3-inch tall man from Uttar Pradesh’s Shamli district, he made headlines after he approached the local police with a strange request – to find a bride.

He told the authorities of his predicament where he was rejected due to his height despite making enough money to run a family with his cosmetic shop. The request to the police became his last resort in search of love. Mansoori told the police that he will happy with any match they will find for him. But he prefers an educated woman. Even his family is losing faith to see him married.

After reaching the police station, at first, he pleaded with a female officer to marry him, saying, “Madam, how long will I remain a bachelor.”

Along with the woman cop, he had also approached the Kotwal (district office) several times before, but his efforts have been in vain.

“I have been trying for so long. Is there no one with whom I can live my life? Now I have come to ask for help from the Public Servant Police,” he said.

People used to make fun of his stature when he was studying in school. After relentless bullying, he gave up his studies and started working with his brothers.

Recently he claims that Salman Khan called him to Mumbai but no one is taking him seriously. Family members assumed someone is doing mischief. Mansoori claims that Khan offered him a dance part in his films.

Mansoori also requested former Chief Minister Akhilesh Yadav and his father Mulayam Singh Yadav with the same request in 2016. Akhilesh Yadav assured him to take a step for his marriage. But after the formation of the Samajwadi Party government in Uttar Pradesh.

Excited, he already made plans to celebrate his honeymoon by taking his bride to Goa, Kullu, Manali, and other hill stations. He has submitted similar applications to many senior officials. However, he has not received any response.

(Video) Beijing Skies Turn ‘Orange’ Due To Sandstorm And Pollution

‘Don’t Listen’ is a worthy addition to the family-moves-into-haunted-house genre, a predictable yet truly terrifying journey that masterfully creates an unsettling atmosphere. The jump scares don’t feel cheap, and the twists and turns and backstory reveals are earned. Even when it’s utilizing clichéd tropes and story beats, it manages to remain fully engaging and suspenseful.
‘Don’t Listen’ isn’t necessarily reliant on innovation. The film’s strength comes from its ability to suck you in completely, immersing you in a world where something sinister lurks behind every corner. If you’re a lover of the genre and down for a predictable journey that boasts some truly scary moments and magnificent atmosphere, you’re gonna love this one.
Sources: YouTube MVSRS, Netflix.
Post Views: 5
Continue Reading