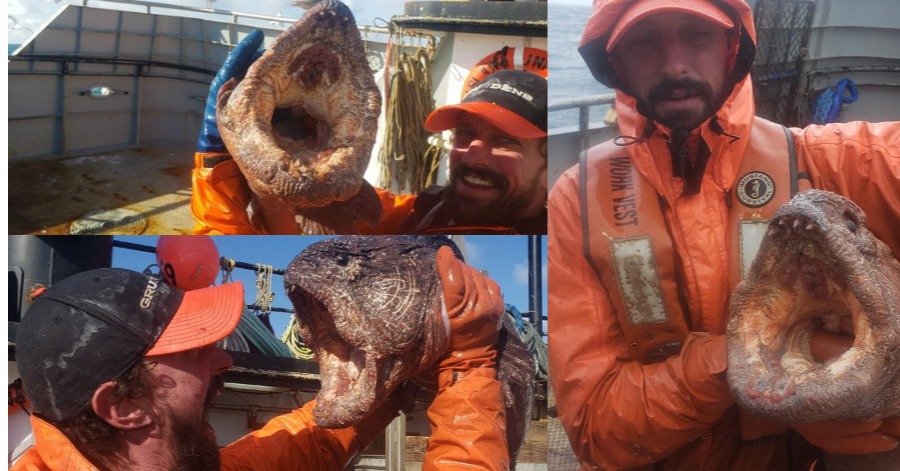 A 39-year-old fisherman, Nate Iszak, and his crew reeled in a ‘real-life sea monster’  off the coast of Alaska earlier this month. The sea monster is none other than a wolf eel; a species known for having a nasty bite. He then posed for a few photographs but need to be careful and held it a few inches away from his face. Upon closer inspection, he can see its gigantic jaw and razor-sharp teeth.

It is reported that wolf eels can grow to over 7ft long and they use their powerful jaws to crush their prey.  Nate, who lives in Oregon in the United States, said he caught the enormous eel in the Bering Sea, just off Akutan Island in Alaska, on March 9.

“When we saw it there was a nervous excitement in the air. I have seen them before and know they can bite very hard so we were cautious,” he said.

After a few photos for his Facebook post, he threw the eel back into the water. It swam away unharmed.

Since being shared on Facebook, the post has gone viral and received many comments. One person commented, “That’s a real-life sea monster”. Another wrote: “Glad it didn’t bite you – the choppers on that thing, it looks vicious.”

Often Experiencing Flatulence, This Man Unaware There Is A Gigantic 59ft Tapeworm In His Bottom