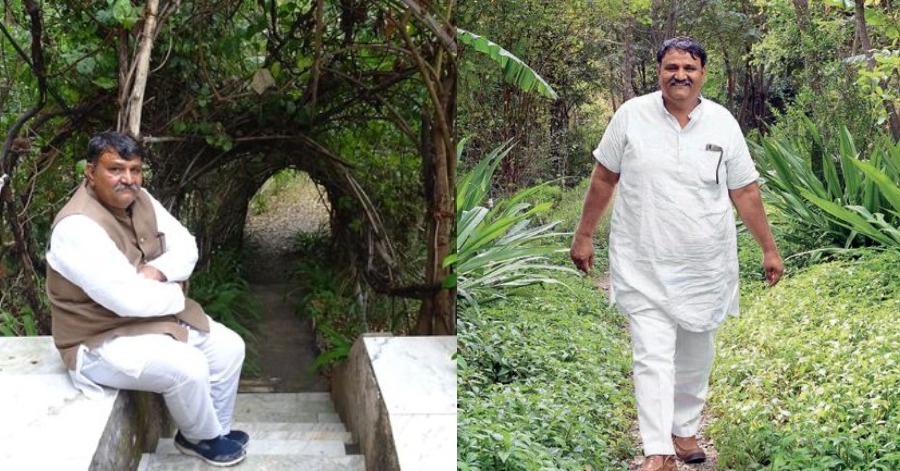 In India throughout history, girls have been valued less than boys. But after a father lost his daughter, he spearheaded a nationwide campaign to change gender perceptions.

It all started in a village called Piplatri in Rajashtan. In 2007, Kiran, Shyam Sunder Paliwal’s 17-year-old daughter died due to dehydration. Heart-broken but wanting to honor her, his family planted a tree near the entrance of the village in her name. He then thought about turning it into a larger program and other villagers follow suit.

As an eco-feminist, he talks about how nature gives him and his family strength. “Because the more we protect the environment (around Piplantri, India), the more it will reciprocate. Those who work with nature don’t worry too much.”

The marble mining deluded the hills, leaving the surroundings parched. Paliwal took it as the reason for his daughter’s death. And he does not wish it for any other parents.

If before, girls are devalued. Now, every time a girl is born in Piplantri, villagers plant 111 trees – an auspicious number for local Hindus – to both honour her and to regenerate the environment. As Piplantri’s trees have grown, its groundwater level has increased and the cultural shift symbolically improved the status of women. The growing forest is now serving as a model. Indian villages can go green while improving their water management.

According to Nimisha Gupta, the chief executive officer of the district’s local governing bodies, part of Piplantri’s environmental success comes from viscerally linking the environment to the people. “When you attach it to tradition and make trees like family members, it makes sense emotionally,” she said.

Once, Paliwal suggests other villagers to plant trees for their girls as well, it became unstoppable. The region now has more than 350,000 trees, from mango and gooseberry to sandalwood, neem, peepal and bamboo, growing across the once-barren lands and covering an estimated 1,000 hectares. This small token has expanded into a broad eco-feminist movement. New parents of daughters also sign an affidavit saying they won’t marry them off before they turn 18 and will guarantee them finishing school.

“No-one has dropped out, regardless of caste or background,” said Giridharilal Jatia, a local school principal.

Villagers also chip in to open a trust fund for each girl with Rs 31,000 (RM1,725) that she can access once she turns 18, either for her education or to help pay for her wedding.

Nanubhai Paliwal, Nikita’s aunt, said she had two sons. But after the Piplantri movement, she started wishing for granddaughters. Now she has two, and trees were planted when they were born.

“Earlier we considered them burdens. Now we don’t think that way,” she said. “We have no particular desire for sons.” She then looked around, pointing at all the trees. The effort brings economic improvement to the village too. This two-pronged goal not only helps the environment but also generates income for residents. Women of the village create products from the plants such as juices, food items, and gels… In the coming year, they plan to expand to products made from gooseberries, bamboo, and honey. They are all part of the village’s greening efforts.

In 2018 the state government instituted a training center here to educate people on the ‘Piplantri Model’.