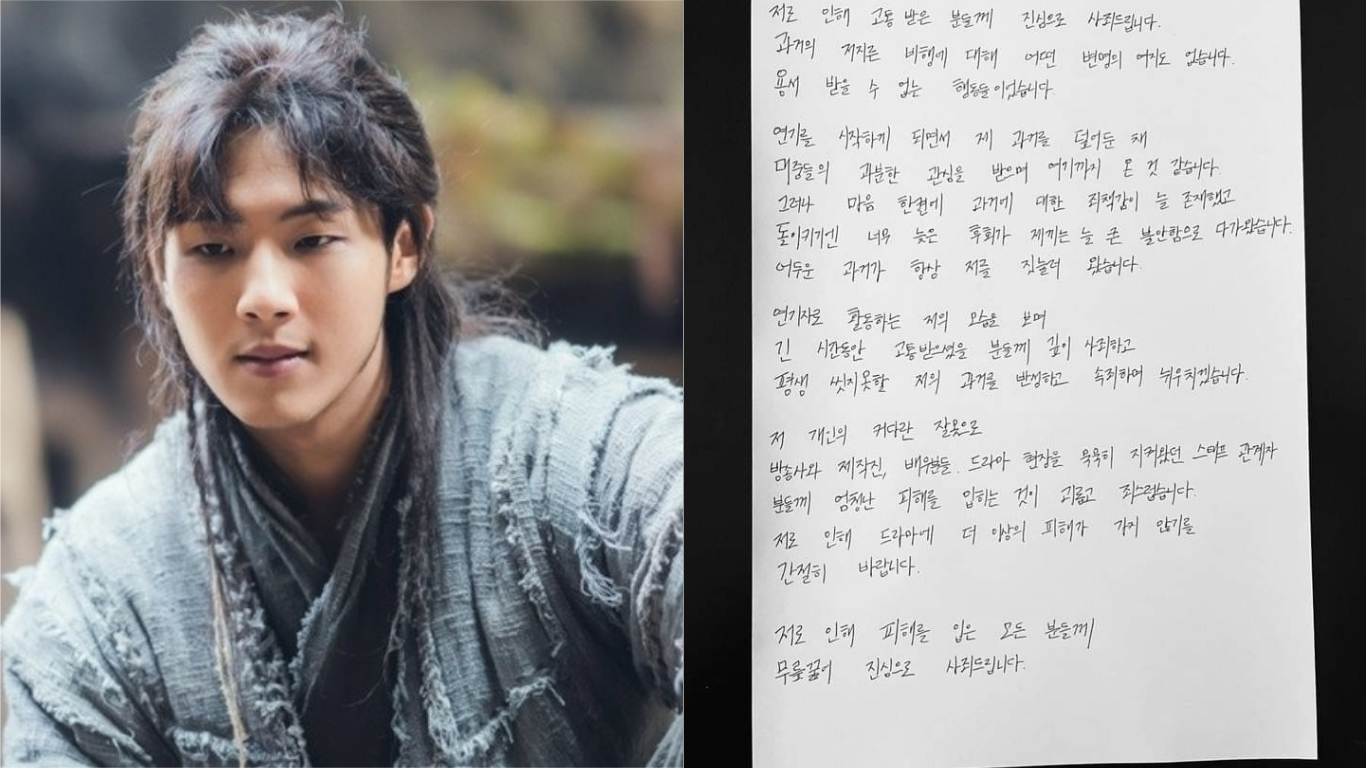 The newly released Korean Drama River Where The Moon Rises is facing risk of cancellation due to a scandal regarding one of its actors. The main lead of the KBS Drama, Ji Soo is facing backlash due to his recent bullying scandal.

The issue however is related to his past during his middle school years. An online community revealed that Ji Soo was a violent student and created all misdeeds. The user confessed to being harassed by the actor when they were in school together in 2008.

The user explained that he felt disgusted by Ji Soo’s pretentious act that he is good.

“I don’t expect reward or apology. There is no need to apologize for irreversible things,” he said.

Since then, many have come forward to concur with the first author’s claim. One even includes sexual assault.  This further damages the actor’s reputation.

Following the viral posts, the actor has apologized through a handwritten letter posted on his Instagram. He expresses his regrets over his past action.

“I sincerely apologise to those who have suffered because of me. There is no excuse for misconduct in the past. It was an unforgivable act. As I started acting, it seems that I came to this point with undeserved attention from the public while covering up my past. However, there was always a feeling of guilt about the past in one side of my heart, and regret that it was too late to turn back always came to me with great anxiety. The dark past has always crushed me.”

“I will deeply atone for those who have suffered for a long time while seeing myself as an actor, and reflect on and regret my past. It is painful and sinful to inflict tremendous damage to the broadcasters, production crew, actors, and staff members who have kept the drama scene silently due to my personal fault. I sincerely hope that the drama will no longer be damaged by me. I sincerely apologise on my knees to everyone who has been hurt by me.” – Ji Soo

However, the damage is done. Netizens initiated a petition to remove the actor from the drama. After the actor admitted the scandal, more than 5,5000 netizens signed the petition.

Ji Soo’s agency, Keyeast is investigating this matter. They promised to verify the facts. The agency then apologised for causing concern to many people.

The drama team at KBS on the other hand is still deciding on their next step.

“We are holding a meeting today regarding whether Ji Soo should continue to appear in the drama or not. We will make our position clear as soon as the decision is made. The updated filming schedule will also be decided then.”

— River Where the Moon Rises

The drama River Where the Moon Rises has only aired 6 out of 20 slated episodes thus far. Today, the drama officially cancels filming while the creators are still deciding whether to remove the character from the show or replace him. Removing the character altogether will prove to be quite a feat since he is the main character.

Whatever decision they will take, hopefully fans of this drama and Ji Soo could accept. Also, we could learn that our past will always catch up to us. But it still never too late to repent.

Post Views: 40
Related Topics:Ji SooK-DramaKpopRiver Where The Moon Rises
Up Next