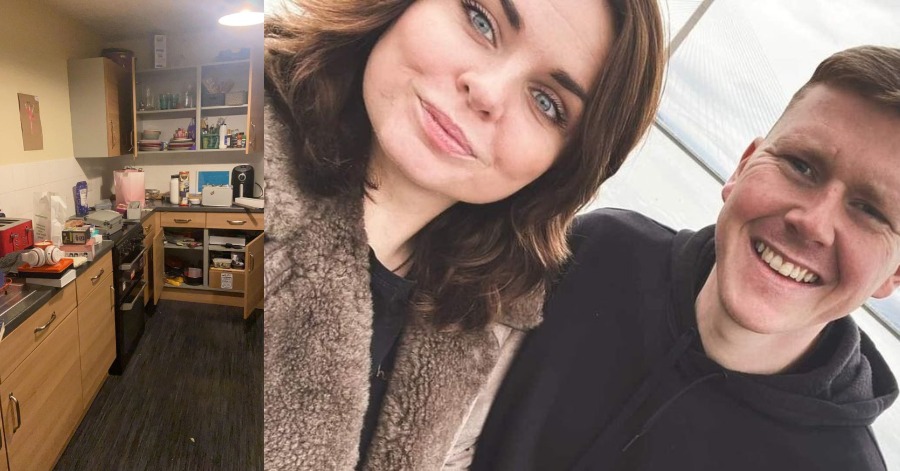 Recently, a particular Scots mum was left extremely terrified when she woke up to a burglar standing at the bottom of her bed in the middle of the night. The mum who is named Sophia-Louise Crawford from Dunfermline, Scotland, said that she was jolted awake at 5 am by the feeling that someone was staring at her inside the home she shares with her family. She was horrified to spot a burglar in the doorway who simply said ‘sorry wrong house’ before fleeing.

Sophia-Louise Crawford who was in bed with her army husband at the time said she sleeps closest to the door and was terrified to see a guy standing there looking at her. She then said, ‘hello’ before she realized she didn’t know him and shouted: “what the hell” which woke her husband up. Kieran was woken by Sophia’s screams and then chased the intruder downstairs as his wife ran to check on their kids.

The burglar had ransacked the children’s room and the cupboard doors were left open. The downstairs of their property was in a similar state and every room had been raided. Sophia-Louise Crawford said the thief made off with their children’s Xbox and iPad among several other items and they believe he had an accomplice who helped him remove items from the property before he entered their bedroom.

At the time of the break-in, Sophia-Louise Crawford and Kieran said all their doors were locked but went on to find a broken broom handle in their kitchen, which Kieran believes the intruder used to prise open their kitchen window.

The family has been left shaken up by their terrifying ordeal as cops continue to hunt the person responsible and Sophia-Louise Crawford said, “My wee boy he’s so upset as he had his iPad stolen. He’s only four so he’s quite shaken up”. The culprit is described as being in his late twenties or early thirties with dark hair and around 5 ft 10.

The family is urging other homeowners to make sure their doors and windows are locked at night so any would-be thieves cannot gain entry.

Body of Man Who Drowned In Lake Kenyir Found Tuesday

Cooperation From All Quarters Necessary To Fight COVID-19 – Agong