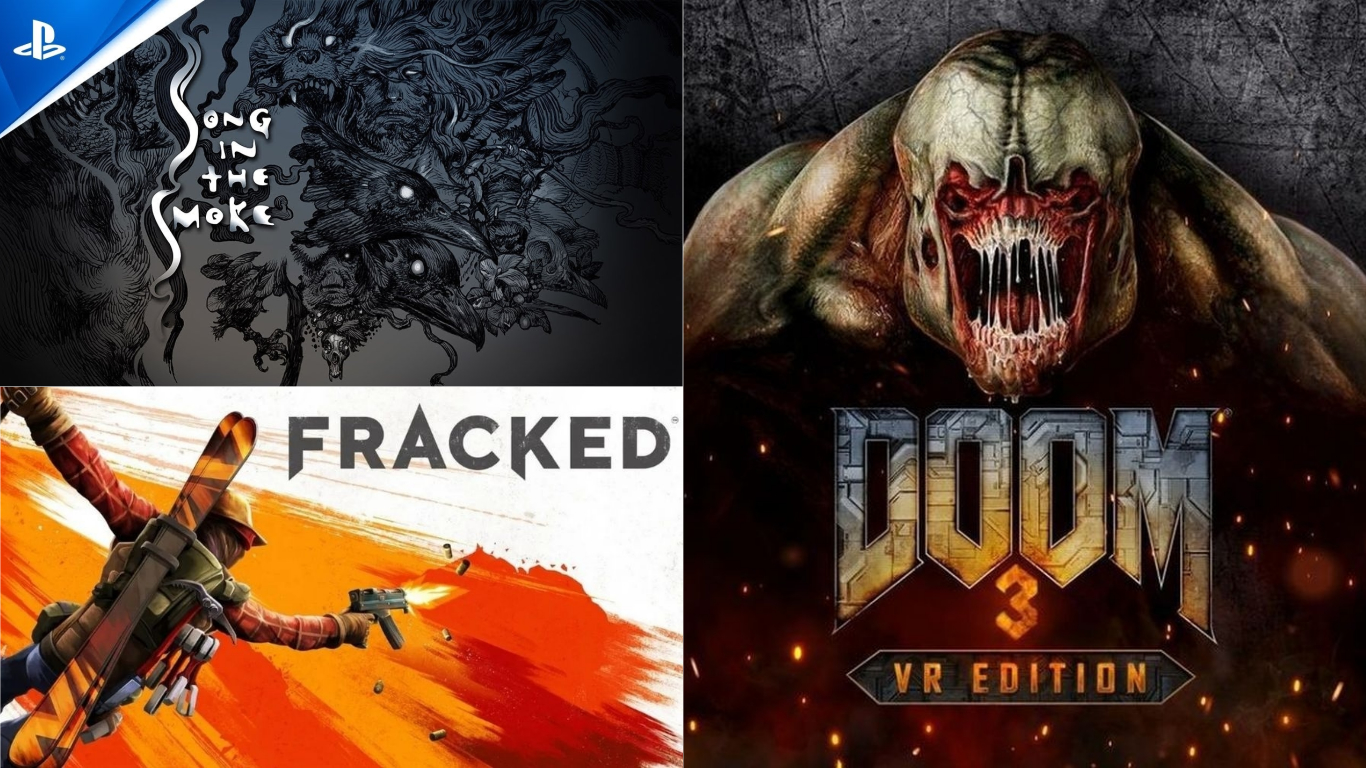 Sony recently has announced a new slate of PlayStation VR (PSVR) games for later this year. The headset will come with a redesigned controller, a single cord instead of the original cable box, and a higher-resolution screen, among other upgrades.

But Sony hasn’t unveiled the headset or offered many details. However, the device probably won’t arrive this year. So today’s games will be launching for PSVR — with the promise of a better experience down the line. But gamers can expect the games in this list to come out along with the highly popular Doom 3.

Here are among the games that will come out in PSVR.

The only title in the series with a precise release date is Doom 3 VR, which is on March 29 for PS4 & PS5. It re-designed for the PSVR experience. A short trailer offers a preview of the gameplay and updated graphics.

Previously Doom 3 was originally promised for Oculus Rift headset launch but was canceled due to lawsuit from ZeniMax. However, an unofficial modded Doom 3 has been done for Oculus Quest by a modding team.

The developers announced it two years ago and were expected to launch last year on both PSVR and PC-based VR. However, the pandemic caused it to delay and rescheduled for early 2021. This is a follow-up to Arizona Sunshine.

This is a sequel to a highly successful escape room title. Steam announced it in January. Like its previous installment, the game has the same interactive spy-themed puzzles which have proven popular among VR game fans.

Developed by nDreams, this does not possess immediate recognition. It is a sports-based action shooter consisting of skiing and climbing, zip-lines, and duck-and-cover-combat. It’s about a fracking facility that is dominated by “an army of gun-wielding, inter-dimensional maniacs.” It is to release this summer for PlayStation Move controllers on both generations of consoles, it aims to improve frame rates on the resolution on PS5.

5. Song in the Smoke

Song in the Smoke by developer 17-Bit is a VR survival game that focuses on crafting, hunting, scavenging, and exploration in a mysterious world. A trailer displays some gorgeous landscapes and creature design, as well as mechanics like archery. The launch date is still unspecified but it will be this year.

6. Zenith: The Last City – The Fracture

Zenith is an anime-influenced massively multiplayer roleplaying game. The indie developers got funds on Kickstarter last year. Set in a high-tech fantasy world, it is for players to climb and glide around. Also, fighting with a VR-adapted version of conventional RPG combat.

So, which game excites you the most? Regardless, the upcoming consoles can satisfy any type of game you love.