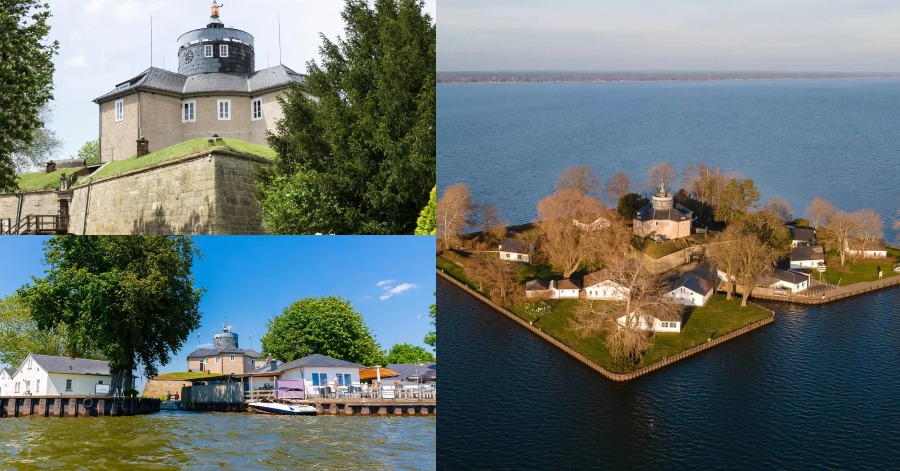 The beauty of Wilhelmstein Island on Lake Steinhude, Wunstorf, Germany makes it the perfect area to isolate yourself during the Covid-19 pandemic.

In just a few decades, the artificial island became a popular destination for visitors from all over Germany.

Those who come have the opportunity to visit the old fort that has been turned into a museum, explore the island, or just enjoy the beautiful scenery.

However, there is accommodation available for those who wish to spend more than one day there.

It is understood, the first wedding was held on Wilhemstein Island in 1900 and by that time, the location had become very popular.

The story of Wilhelmstein Island began in 1761, when Count Wilhelm von Schaumburg-Lippe, head of the Schaumburg-Lippe-Buckeburg district and an important military commander in the Seven Years’ War, ordered the construction of a military fort in the middle of the Steinhude Meer, the largest lake in northern Germany.

The military defense complex originally consisted of 16 islands built on the base of large rocks transported to the middle of the lake by local fishermen in their ships.

A star-shaped fort was built in the middle of the main island then turned into a military college designed to train the next generation of leaders.

As a fort, Wilhelmstein Island was tested only once in 1787 during the Hessian Siege.

After Wilhelm’s death and the relocation of the military school to the mainland, the island’s fort was converted into a prison.

In the early 19th century, all 16 of the islands were combined into one rectangular-shaped island.

By 1867, all prisoners were transferred to other prisons and that was the starting point of Wilhelmstein Island’s resurgence as a tourist attraction.

Although the descendants of Count Wilhelm von Schaumburg-Lippe sold Lake Steinhude to the county of Hannover in 1974, Wilhelmstein Island remained the property of the Schaumburg-Lippe family.

Today, Wilhelmstein Island is currently administered by an island bailiff from the princely court in Bückeburg.