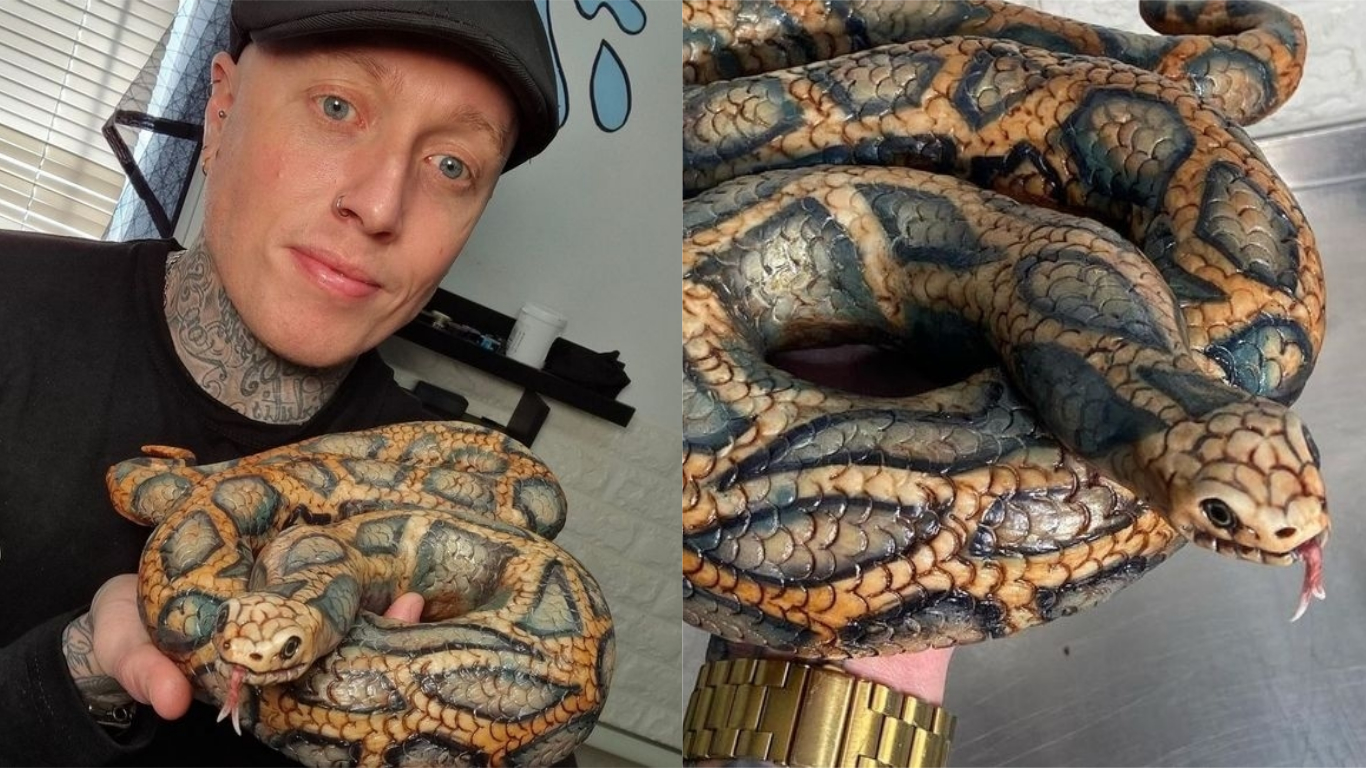 Instagram influencer Ben Cullen attracted the attention of his fans as he posed with a ‘snake’. But it’s not what it seems. Because the snake is actually made of a cake. One picture saw Ben with the snake cake ‘hissed’ at the camera.

Ben, known on Instagram as The Bakeking, is popular for baking realistic-looking cakes based on animals and objects. Ben is an artistic baker and when he is posing with his latest creation is no different.

His followers couldn’t believe how lifelike the snake looked. He gained various different responses on his photo.

Some said the cake was a little ‘too good’ for their liking, as others admitted they were ‘scared’ of it.

One of his fans commented: “Amazing Ben so realistic.”

As another added: “That would even scare me to eat it! Ssssssssso real looking!!!”

While a fourth exclaimed: “Eww no Ben, put that thing away.”

Previously, Ben surprised his followers on Twitter with a cake version of musician Slowthai in a hospital bed. It is an image of the rapper smiling on a hospital bed that many couldn’t believe were actually food and not the man himself.

The full-time cake artist has created impressive cakes for celebrities including Rita Ora, Leigh-Anne Pinnock and Megan McKenna, and continues to wow with his ultra-realistic designs.

Latest Trend of ‘Baju Raya’ For 2021, Stole The Attention of Many Netizens

(Video) This Girl’s Behavior When Chased By Monkeys, Makes Many People Entertained