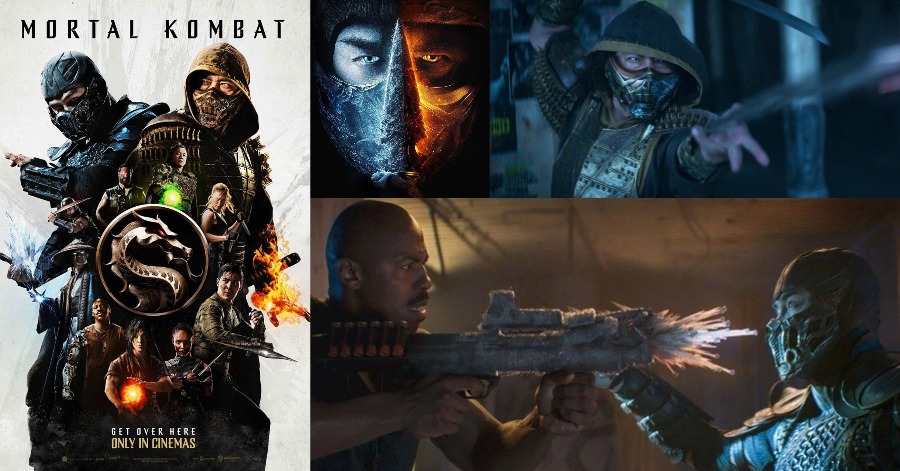 Mortal Kombat is actually a 2021 American-Australian martial arts fantasy film directed by Simon McQuoid, from a screenplay by Greg Russo and Dave Callaham and a story by Russo and Oren Uziel. It is based on the video game franchise of the same name created by Ed Boon and John Tobias, serving as a reboot to the Mortal Kombat film series. Mortal Kombat was released theatrically internationally on April 8, 2021.

The 21st-century Mortal Kombat begins in 17th-century Japan, where a great warrior, Hanzo Hasashi, is vanquished and his wife and son killed. Less comes of this than you might expect. Flash forward to the present and Cole Young, a cage fighter whose telltale birthmark destines him to compete in a tournament called Mortal Kombat.

What ‘Mortal Kombat’ Is About

In ‘Mortal Kombat’, MMA fighter Cole Young accustomed to taking a beating for money, is unaware of his heritage. Outworld’s Emperor Shang Tsung has sent his best warrior, Sub-Zero, an otherworldly Cryomancer, to hunt Cole down. Fearing for his family’s safety, Cole goes in search of Sonya Blade at the direction of Jax, a Special Forces Major who bears the same strange dragon marking Cole was born with.

Soon, he finds himself at the temple of Lord Raiden, an Elder God and the protector of Earthrealm, who grants sanctuary to those who bear the mark. Here, Cole trains with experienced warriors Liu Kang, Kung Lao, and rogue mercenary Kano, as he prepares to stand with Earth’s greatest champions against the enemies of Outworld in a high-stakes battle for the universe.

What Can Be Said About ‘Mortal Kombat’

‘Mortal Kombat’ recovers a bit with some climactic fights, including a pretty strong one between the two most legendary characters in this franchise. But long before then, fans will probably know how they feel about this flick, one that’s undeniably better than ‘MK: Annihilation’ but feels unlikely to maintain the same nostalgic kick as the original Anderson film. It sure doesn’t feel like the cinematic fatality that fans truly deserve after all these years of fighting.