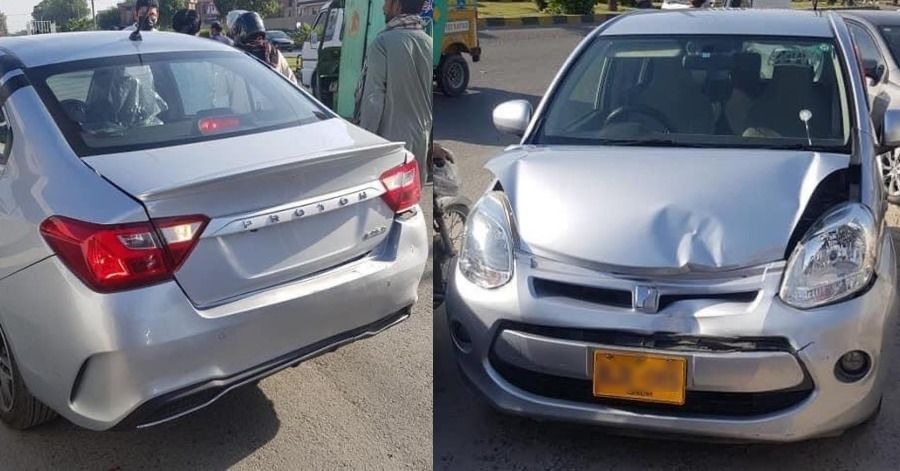 Proton Holdings Berhad is actually a Malaysian automotive company and also an automobile corporation active in automobile design, manufacturing, distribution, and sales. Proton was established in the year of 1985 as Malaysia’s sole national badged car company. As time passes by, the Proton brand has been known at the international level and also has been exported to be used by other people in other countries. Proton cars also have been used by many people in Malaysia and also worldwide because of the qualities that the brand brings.

Recently, Proton’s popular car that is Proton Saga has made it to the international news when it has involved in an accident with another car that is Toyota Passo. The highlight of the accident would be that the Proton Saga only had minor damage while the Passo brand car experienced major damage because of the particular accident. The accident happened on Main Jail Road, Lahore specifically in Pakistan.

According to the Facebook post, it can be seen that the backside of the Proton Saga only had a bit of dent while the Passo brand car had a large dent on the front side of the car right after they have involved in the accident that people do not know what the causes are. Because of this situation, many people have praised for the quality and also the solidness of the car that the Proton Saga has. They really amazed at how the Proton Sagan could withstand such an impact from the accident happened.

Looking at the comments section, a lot of netizens praised the Proton Saga for the situation that happened: