(Video) Seven ‘Weirdest’ Fruits Of Seven Different Countries From All Over The World! With the ongoing pandemic, the chances for us to travel to other countries with unique botany and foods are low. Well, at least not until everything returns to its normal state. But worry not as we can always learn about the fruits from all around the world through the internet. Shared by Weird Explorer on YouTube, it shows us a list of the weirdest fruits from around the world.

From the Mexican Calabash with the strange texture ever to Stinking Toe, the fruit you probably have never heard of before, these are the weirdest fruits listed in the video.

Compared to the Philippines Calabash, the Mexican fruit is smaller in size and filled with black flesh instead of white. It looks unappealing but the fruit itself tastes sweet like vanilla with a hint of licorice. The seeds, on the other hand, taste like corns when roasted. And they come heart-shaped! Even though the texture is not the best as it is similar to soggy leaves, the flavor of this fruit is quite good.

Similar to the previous fruit, both of these fruits are evolutionary anachronisms. This means the original way of dispersal has been lost to time. Cannonball fruits were dispersed by giant ground sloths but nowadays, wild boars are in charge. Living up to its name, the fruit is heavy, hard, and completely spherical. When cracked open, the flesh is white but it would oxidize quickly and then turns into a vibrant blue. The taste of this cannonball fruit is acidic and not suitable to be eaten just like that.

Coming from South American, Monkeypod or also known as ‘camachile’ can also be found in India, the Caribbean, and Southeast Asia. It is in the shape of Q’s and the skin would split open when ripe. It looks interesting with the reddish color and the texture is fascinating too! With its small size, the monkeypod is very likely to be a snack.

Nutmeg is a popular Malaysian spice since the 16th century but not everyone is aware that nutmeg is a fruit too! The flesh of the fruit is the third spice after the seed and the aerial around the seed which is called ‘mace’. Of course, the flesh is too astringent to be eaten raw, just like how people would not recommend biting the seed itself. It ends up as another spice and is sometimes processed as candy or a snack.

Who would’ve thought that there is a fruit with this name? But this fruit really exists! It can be found in the Caribbean and in South America, most of the time used as a medicine. The fruit looks like a big toe and when it’s cracked open, it even smells like one! The flesh is powdery and the taste is similar to melon with a little herbal taste.

The name of this ice cream is sure to fancy but they are actually big green bean pods with fluffy white flesh inside. They are called ice cream because of the flesh that resembles wet cotton balls. They are even creamy with a taste of vanilla! The seeds of this bean are edible and when roasted, it would make a great snack that tastes like chestnut. The Ice Cream Bean fruit is considered ‘weird’ but it surprisingly tastes good!

Tapia trees produce a small fruit that works best as a travel snack! The taste of this fruit is immaculate. It is a great combination of apple and brown sugar. But besides that, this fruit is also a host of a native silkworm. The fruits are not weird in any way because it tastes good and looks like other small fruits but they are very rare and uniquely useful, so they deserve to be listed. 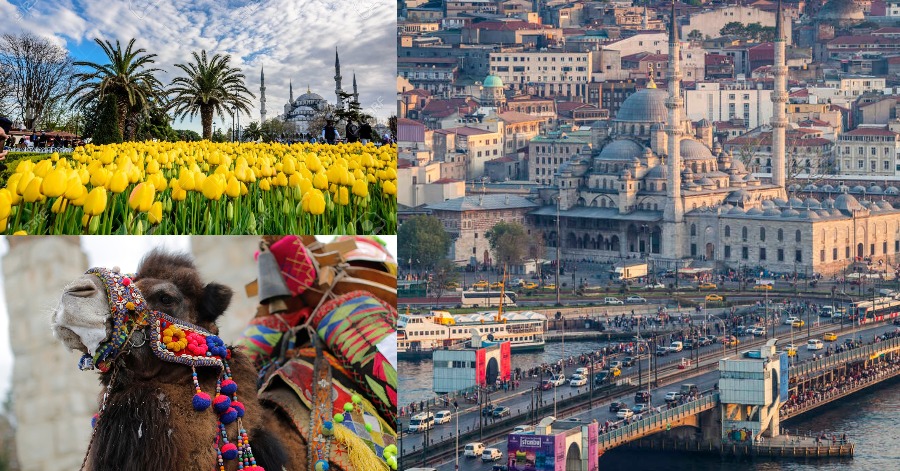 Turkey is a popular tourist destination known for its Mediterranean coastline, impressive mosques, and stunning natural scenery. But there’s also a lot that travelers probably don’t know, just some of the most interesting, and surprising facts about Turkey are given below. These are 5 facts about Turkey that you might not know about.

1) There Are No Native Camels In Turkey, But There’s An Annual Camel Wrestling Festival

Every year, the Selçuk Efes Camel Wrestling Festival, established by the Turkic tribes more than 2,000 years ago, takes place in Turkey’s southern Aegean coast. The fighting camels, adorned with decorative rugs, bells, and saddles, often come from Iran and Afghanistan.

Located near the tourist summer hot spot Fethiye, Iztuzu Beach is one of the most important breeding grounds for the loggerhead turtle. Every year, the endangered turtles arrive between May and October to lay their eggs on the protected shore.

3) Turkey Introduced Tulips To The World

Even though no one knows where tulips are originally from, it’s certain that the Ottomans loved the flower and helped to make it popular all around Europe. The story goes that a Flemish ambassador, who visited Süleyman the Magnificent, introduced the flower to Holland in the 16th century.

More than 11,000 years ago, inhabitants of Çatalhöyük, a large Neolithic and Chalcolithic settlement in south-central Turkey, were consuming crops such as wheat and barley, which historians accept as the earliest example of agriculture.

5) Leonardo da Vinci Was Almost Responsible For The Galata Bridge

Between 1502 and 1503, Sultan Beyazid II solicited Leonardo da Vinci to design a bridge that would span the Golden Horn. Following the three geometric principles of the pressed-bow, parabolic curve and keystone arch, da Vinci’s design would have been the world’s longest bridge at that time, but the sultan did not approve it.