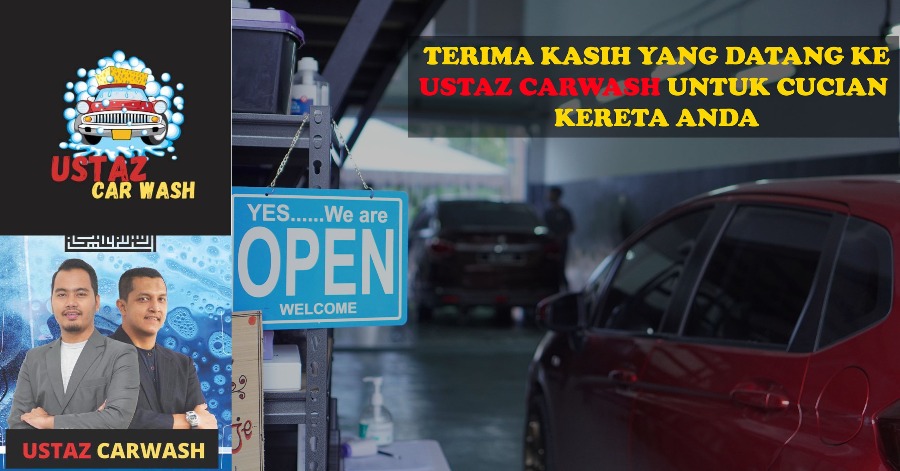 While there is so many service center out there trying to charge their service fee commensurate with the current economic situation, there are also still those people who try to help the public by charging a fee according to the customer’s ability. This is because they know how people nowadays are trying to make ends meet in their life.

Recently, there is a particular car wash service center located specifically in Jaya Gading, Kuantan has attracted the attention of many people in the public when charging a sincere fee for their car wash services. This is such a noble action done by them during these trying times for many people. The shop is called ‘Ustaz Carwash’.

The car wash center is said to be run by PU Lokman and his team by giving special offers only on Fridays, where customers can pay for its services by putting money into the box provided. Customers can come to wash their cars on a daily basis, but Fridays are special because customers can pay according to their own affordability. On other days, customers pay like normal rates.

The proceeds will be channeled to the residents of Pondok Tahfiz Haji Ahmad Kampung Dala in Lanchang where he previously relied entirely on donations and surau to pay the operating costs of the pondok tahfiz. During Ramadhan, ‘Ustaz Carwash’ also opens a counter for people to pay zakat there.

Are You A Soup Lover? Here Are 5 Best Soups Ever From Around The World