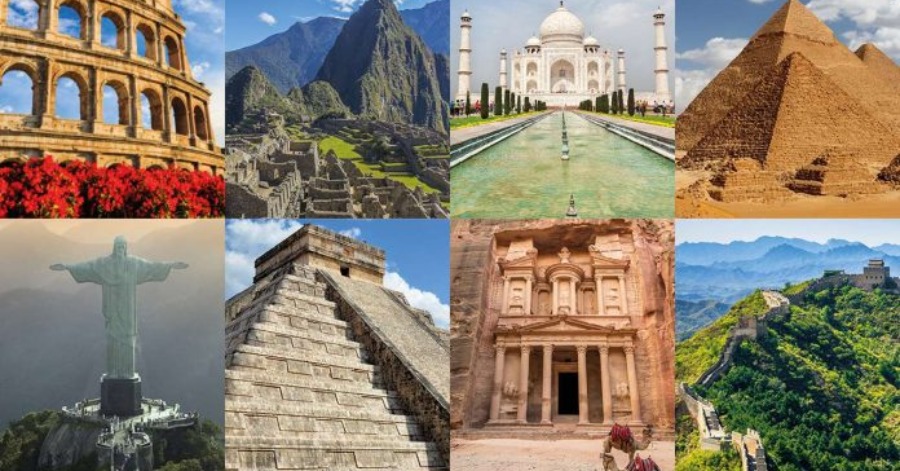 Our world is definitely filled with the most unique structures that are both man-made and also natural. All of them are actually so beautiful and magnificent. Some of the man-made creations include churches, tombs, temples, monuments, mosques, buildings and even cities. These structures have withstood the test of time and they continue to leave many awestruck with their brilliance.

There are many in the world, but only seven are selected, which are deemed to be the best. The latest Seven Wonders of the World are actually the Taj Mahal, the Colosseum, the Chichen Itza, Machu Picchu, Christ the Redeemer, Petra and also the Great Wall of China.

Little that many people know, there are actually some unbelievable inglorious facts about the seven wonders of the world and these are some of them:

This particular structure is also considered the longest cemetery on Earth other than known as an architectural marvel. This is because, over a million people died building it and archaeologists have found human remains buried under parts of the wall. That is so creepy.

The statue that is a 125 feet tall is also atop a mountain and it is prone to getting hit by lightning. In fact, it gets hit around three to six times a year. Prior to the FIFA World Cup in 2014, a lightning struck and broke one of the statue’s thumbs. Also, this structure wasn’t originally built in Brazil but it was made in France.

Bedouin of the Arabian Desert had once destroyed some of the most priceless carvings on the Treasury’s walls. They were actually used the carvings as target during their shooting practice.

The structure is actually built completely out of dry-stone walls. Many of the stones that were used to build the city were more than 50 pounds in weight, but it is surprisingly said that no wheels were used to transport these rocks up the mountain. In fact it is alleged that hundreds of men pushed the heavy rocks up the steep mountain side.

It was built for public spectacles like the infamous gladiator fights, animal hunts, executions, and dramas. It is said that the events that took place at the Colosseum were graphic and brutal. During certain games around 10,000 animals would be killed in a single day.

Many travelers said that the sites in Chichen Itza are known for their unusual sounds. If you clap once from one end of the Ball Court, it reverberates and creates nine echoes in the middle of the court. A clap in front of the Kukulkan Pyramid creates an echo resembling the serpent’s chirp.

The emperor had every workers’ hands for the structure cut off so so they couldn’t recreate the design. About 1000 elephants were used to transport construction material to the site.

Post Views: 16
Related Topics:7 Wonders Of The Worldfactsless known
Up Next

“Oh My Gosh, This Scares Me Guys,” Sightings Of Shrews In Singapore At 5.30AM