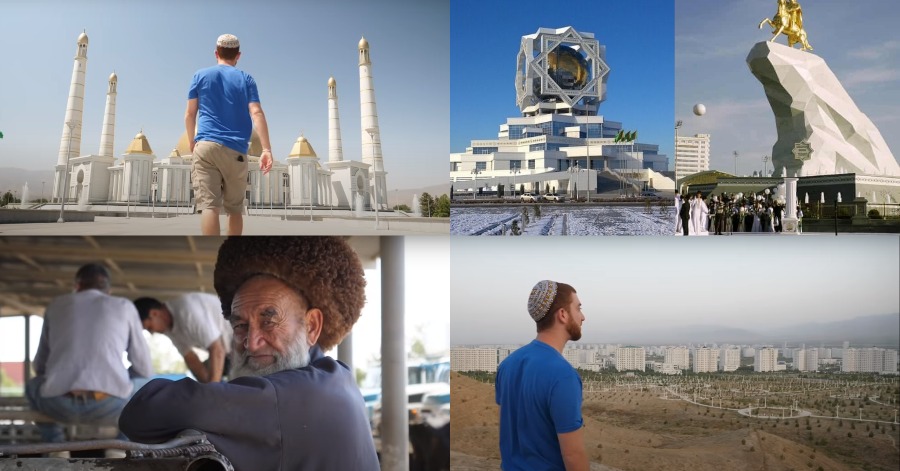 Situated between the Karakum Desert and Kopet Dag mountain range in Central Asia, Ashgabat is probably one of the strangest cities on Earth. It is the capital city of Turkmenistan.

After the fall of the Soviet Union, the city was rebuilt in the ‘White City’ urban renewal project causing most of its buildings are sheathed in white marble. It is now in the Guinness Book of Records for the highest concentration of white marble buildings. It even has the biggest fountain in Central Asia.

Turkmenistan is one of the wealthiest countries in the region and it is reflected in its architecture. However, since 2019, the city has been recognized as having one of the highest costs of living in the world. This is largely due to the country’s inflation and import issues.

Other than being wowed by the sheer impressive marble architecture of the city, visitors can see that the streets are mostly empty and very quiet.

Not surprisingly as it is one of the least visited countries in the world.

The city is beautifully planned and designed. But it is not easy for anyone to visit. Travelers can only enter the country by authorized group tours that would cost at least $1000 (RM4,133). So, solo traveling is totally out of the question.

With the current state of constant negativity online, I would say it is a good thing not to be online. They probably have better mental health. Although their economy is monopolized by the government, at least they have lower unemployment levels which is what other first-world countries are still struggling with.

Although those are not even the strangest things about this country. Former dictator, Saparmurat Niyazof banned opera, ballet, and circuses because they’re too loud. He named all the months after his family members, which seemed like a typical socialist dictatorship move. Only white cars are allowed on the roads because of him and no one could have dogs as pets because of the smell.

Despite the oddity of the city, the people there seem to be living a good life. With ample jobs and good access to education is what people have rights to. Maybe one day, you could take an organized trip to this country.

5 Interesting Bot That Are Worthy To Try On Telegram

(Video) Surprising! This Female YouTuber Reveals Herself To Be A 37-Year-Old Man