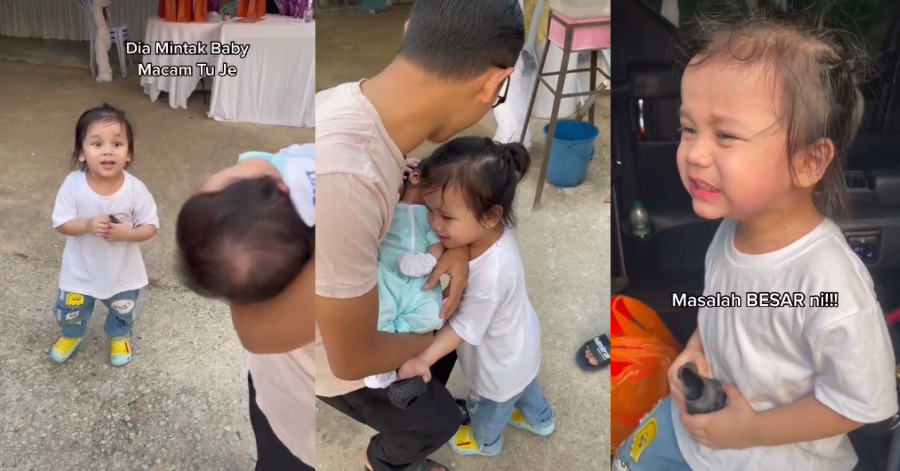 For those of you who are already becoming parents, it is certain that the attitude of your children would help to relieve stress after a tiring day of work. Their attitude could really indeed comfort the heart of any parents. However, sometimes the particular sentences that come out of their mouths are very unexpected and can cause us to be silent.

Just like this recent video that went viral on the TikTok app. The video is actually about a boy who has asked his own parents to buy him a baby. The little boy attitude has really stolen the attention of many netizens all over social media.

Through the particular video posted from a TikTok account that goes by the name @elliza.razak with the caption, “He thinks is it that easy as ABC to have a baby? Mommy becomes so dizzy today to handle you”. This is because, it can be seen from the video that her son suddenly asked for a baby for him.

After that, the kid named Emmir can be seen quickly jumped because of joy when his mother said “Okay, let’s buy at Tesco”. Soon, he was seen crying because he really wanted a baby boy for him after seeing his uncle carrying a baby.

Looking at the comments section, so many netizens find this particular video is hilarious and they also amused to see the way Emmir wanted a younger brother until he is willing to cry for it.

(Video) Man Shares His Responsibility As An Eldest Son At Home, Anyone Can Relate?