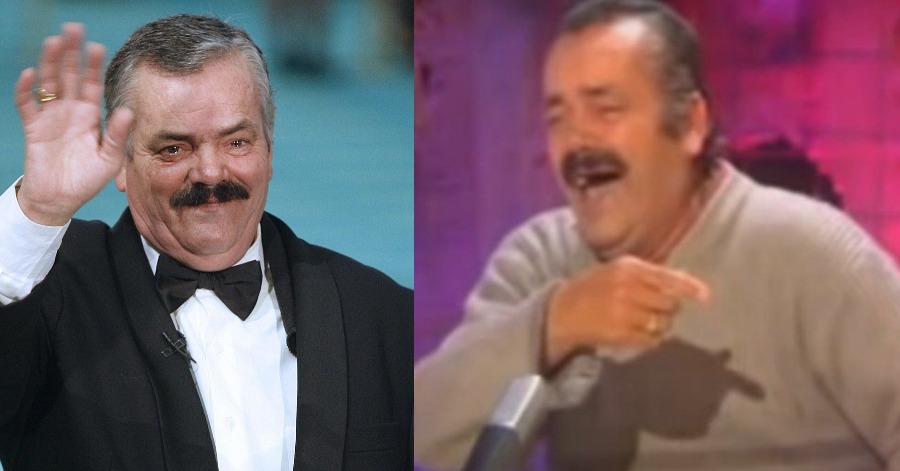 Yesterday, the world is saddened by the loss of the man behind the ‘Spanish laughing guy’ meme, Juan Joya Borja that has passed away at 65-year-old.

Undeniably, many use his famous video clips as memes. But who exactly is he?

For those who do not know, he was a Spanish comedian and actor known by his stage name, El Risitas. He was born in Seville, Spain, in 1956, but didn’t make his first television appearance until 2000 when he appeared on Jesús Quintero’s show El Vagamundo.

He gained his nickname came from his iconic and infectious laugh. The name El Risitas can be referred to as ‘Mr. Giggles’ in English. He later appeared in the 2005 film Torrente 3: El Protector, and was even in a Finnish commercial.

During the interview, he appeared where he comedically described a story from when he was a kitchen porter. He spoke about leaving paella pans in the ocean to soak and returning in the morning to find they had washed out to sea.

In the popular clip, he was recounting his experience as a kitchen helper. He left 20 paella dishes in the sea to clean them, but when he returned the next day, the tide had washed all but one away.

The retelling of that story caused that adorable laugh. The clip was uploaded in 2007 but became popular on the Internet years later. This has become an oasis of memes with netizens adding unrelated subtitles. It’s still being used today.

Not just that, he’s laughing face also being used as an emoticon on gaming streaming platform Twitch.

He faced some health issues last year and had to amputate one leg due to complications. Borja passed away on Wednesday afternoon at the Virgen de Rocío University Hospital following a ‘sudden relapse’ in his health.

As a meme connoisseur, thank you for the laughs.