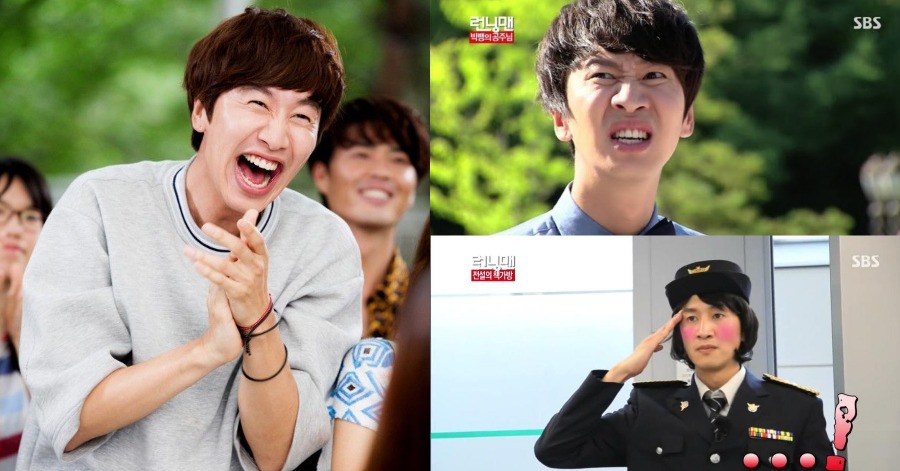 Lee Kwang-Soo is actually a South Korean actor, entertainer, and also a model. He has been featured in various movies that are so well-known because of his amazing talent to act. Besides acting, Lee Kwang-Soo is also known as one of the regular cast members of the South Korean variety show that is ‘Running Man’ since the year 2010.

In that show, he is better known as ‘Giraffe’ Lee Kwang-Soo. Recently, his name has been a very hot topic worldwide when particular news of him would be leaving the ‘Running Man’ variety show after 11 years went viral.

Due to this fact, many fans have become upset as he is someone that is very well-known and also favored in the show. Hopefully, he would always gain success and fame in his life journey after the show. Little that people know, Lee Kwang-Soo actually has many interesting intelligent facts that are really amazing. These 7 intelligent facts also could probably make you feel a bit dumber than him. Just kidding!

He is not dumb as people have seen him in the ‘Running Man’ variety show. He actually studied at Dong-ah Broadcasting college and holds a degree. Not just any degree, but a degree in journalism.

This is such an obvious fact that everyone has already known. But, the thing that you might do not know is to be on Running Man requires the cast to think fast, be quick-witted, and also have the ability to be spontaneous and overdramatize.

3) Served In The Army Before

He is one of the rare few to make his debut after serving the army, which is pretty smart of him when you hear about the legend of stars losing their popularity after serving their military duty and never getting popular again thereafter.

4) Has Big Mole In His Right Brow

This information might seem not important but it actually is. According to folklore, people who have a big mole in their right brow are said to be extremely intelligent people compared to any other people.

He is such an all-rounded person as he strives in everything that he did. He already achieved Best Newcomer at SBS Entertainment Awards in 2011, Best New Actor at 48th Baeksang Arts Awards, Best Supporting Actor at 2012 KBS Drama Awards, and Popular Star Award at 3rd APAN Star Awards.

6) Chose Different Route For His Career

He prefers to be more relatable and hilarious in his career rather than just good-looking and being extremely charming. After all, less competition means more chances to shine for him. In an interview, he revealed that he is actually someone who likes to do the right thing, with co-star Song Ji-Hyo confirming it.

He always remains witty and also humble. Other than that, he always making deprecating remarks about himself in interviews even though he is popular and has a fan base both in Korea and overseas, especially in Asia.