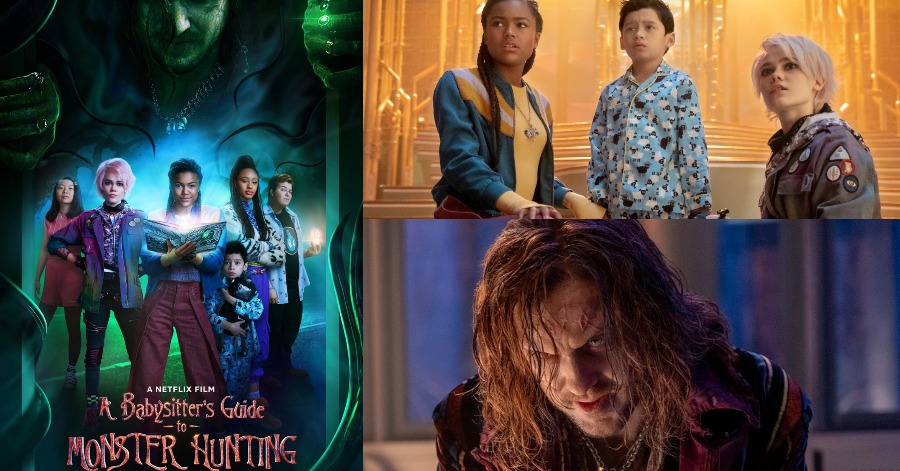 ‘A Babysitter’s Guide to Monster Hunting’ is actually a 2020 American family horror film directed by Rachel Talalay and distributed by Netflix. The film was written by Joe Ballarini and is based on his three-part book trilogy of the same name. It stars Tom Felton, Indya Moore, Tamara Smart, and also Oona Laurence. This movie is such a perfect combination of Halloween-timed scares, teen angst, and also girl power makes this a fun watch for tweens.

The movie follows a girl that got recruited by a secret society of babysitters, a high schooler battles the Boogeyman and his monsters when they nab the boy she’s watching on Halloween.

What ‘A Babysitter’s Guide To Monster Hunting’ Is About

Kelly Ferguson’s high school peers call her “Monster Girl” because she has long held that a monster appeared out of her dreams as a child in ‘A Babysitter’s Guide To Monster Hunting’. One Halloween night when Kelly is called on to babysit young Jacob, she discovers that her childhood memory was actually real. Jacob is kidnapped by the same extravagant boogeyman that had appeared in her bedroom, known as “The Grand Guignol”, and his monster minions, the “Toadies.”

As Kelly tries to figure out what to do, Liz Lerue pulls up on a motorcycle and the two girls take off to hunt down the monsters and save Jacob. Liz is a member of a secret international society of babysitters who protect kids from monsters. Their rush to save Jacob before the Grand Guignol succeeds in stealing the creatures from the boy’s nightmares and unleashing them on the world and also before Jacob’s mom gets home, will take them into abandoned parks, underground lairs, cat-infested mansions, and even a high school party.

There’s plenty in A Babysitter’s Guide to Monster Hunting for that target group that is the tweens. Smart and Laurence make a solid duo, and an early slow-motion scene of Kelly walking down a high school corridor manages in seconds to capture the loneliness and anxiety of an insecure teen. Harry Potter fans are likely to be drawn by Felton and may see echoes of Potter dementors in Jacob’s nightmare creatures. Likewise, the shadow monster feels reminiscent of Stranger Things’ demo gorgons.

Felton is a little over-the-top in his Mick Jagger-inspired boogeyman. He’s not meant to be a realistic character, but he’s neither fully scary nor solely campy, and it’s a mix that never quite gels. One funny sequence sees him desperately trying everything to get a child to sleep, parents and babysitters will relate. The filmmakers have done a good job of bringing the imagined world to life, infusing the secret babysitter society with historical references and international flair, and setting it all to a moody pop soundtrack. The action is limited to a single, dark night that is Halloween, and the sets range from everyday houses to colorfully cartoonish lairs and darkly gothic mansions. Surely a franchise is in mind, considering the film is based on the first in a trilogy of books and ends with a detailed look at the Grand Guignol’s sister, Serena the Spider Queen, who is still at large with a main character’s kidnapped brother apparently in her web.

‘May The 4th Be With You’: 5 Interesting Ways To Celebrate Star Wars Day