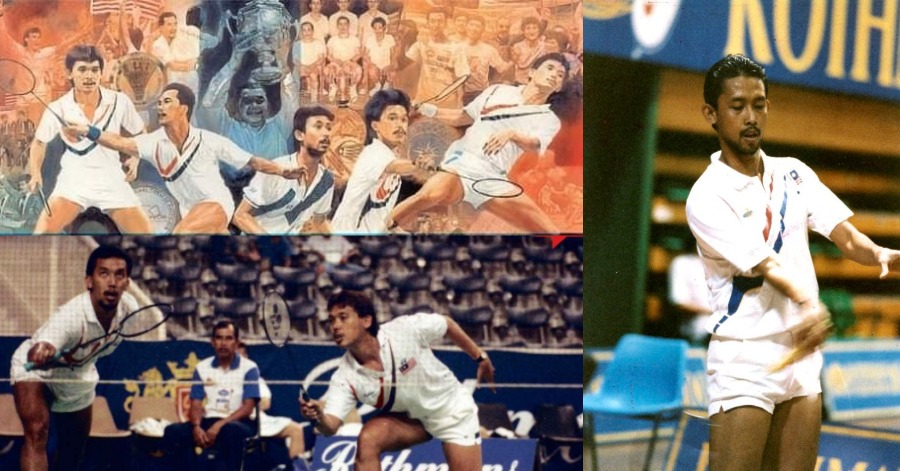 When talking about badminton, these names are definitely no need for introduction as these are the badminton legends of the country that has already been known by many people all around the world. They have paved the way for so many talented badminton players nowadays to find their way in badminton. These legendary individuals are namely Misbun, Razif, Jalani, Rahman, and also Rashid. The story of their lives even got raised in the form of a very famous animation called ‘Anak-Anak Sidek’.

That is how big the influence of these five brothers in the badminton sports arena in our country that is Malaysia. Badminton in Malaysia is definitely not valid without mentioning the birth of young stars around the 1970s who consisted of the children of Datuk Sidek Abdullah Kamar. But there is one story about their style of play that many may not know until it was once banned by the International Badminton Federation.

These Sidek children once rocked the world with a unique service shot action called ‘Servis Sidek’ or also known as ‘Servis S’ introduced by the one and only Misbun Sidek. Due to this particular technique, they managed to overthrow almost all of the world’s top badminton players with ease. Each serve shot will result in one point for them.

Maybe those who always play badminton can try to learn this service technique. The trick is with one hand holding the head of the shuttlecock upwards, with the feathers facing downwards. Then the hand holding the racket should be in a position to hit the backhand shot. When you are in the correct position, then the service shot will hit the feather.

Reportedly, this ‘Servis Sidek’ shot is banned and strongly opposed by badminton players in the West because this technique has the potential to drop the ranking of any player who is a competitor to Sidek’s children. Due to the severe defeats often suffered by badminton players in England and Denmark due to this traditional shot, in May 1981, a message was sent to the International Badminton Association (IBF) to amend the new badminton rules and ban this ‘Sidek Service’. However, the proposal was blocked by the Malaysian, Indonesian badminton associations and supported by China. Due to failing to reach a consensus, ‘Servis Sidek’ is still allowed by the IBF in the next tournament.

The atmosphere grew warm and on 15 May 1982, a debate on ‘Servis Sidek’ was held during the IBF Annual General Meeting. The Danish representative claimed that a serve shot on the badminton side was an offense. The IBF chairman also admits the same thing and considers this technique to provide an easy chance for Sidek’s children to win in every match.

After expert analysis, this service technique was officially banned on the grounds that it produces two shots simultaneously, namely on the feathers and the head of the badminton. The public knows that hitting badminton twice simultaneously is prohibited in IBF rules. The reason was accepted logically, finally ‘Servis Sidek’ was banned in all international tournaments from 1 July 1982 until today.