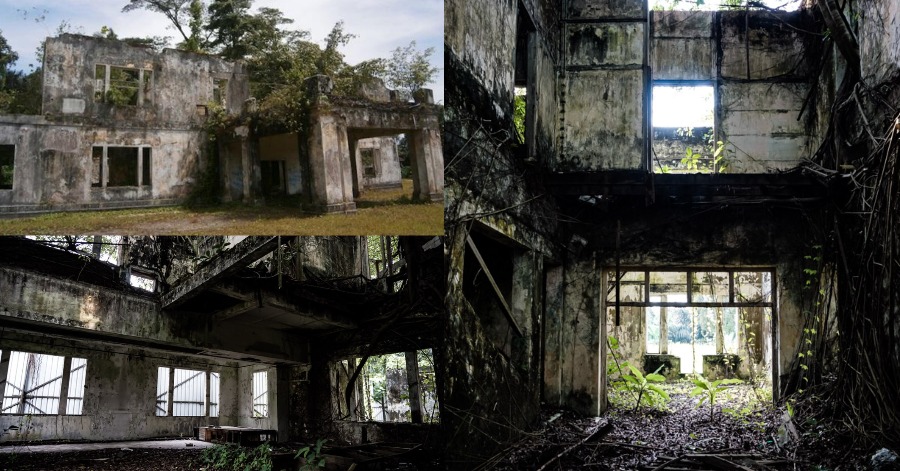 Bukit Tunku is an exclusive neighborhood that houses some of the most expensive homes in KL. However, do not be mistaken by its well-heeled façade. It is one of the most haunted places in KL city. An unnamed mansion located in the area, which is also a heritage building, is a well-known site for paranormal activities. Professional ghost hunters who have investigated the house report possessions, feelings of overwhelming nausea, and inexplicable voices and shrieks. But it isn’t just the house that is haunted.

The roads that wind through the hills are also known for ghost sightings, most notably the apparition of a motorcycle rider on a phantom bike. There is also compelling footage online of a motorist who encountered a ghostly figure sat in the middle of the road while driving through the area. Some of the properties are said to have a dark secret. In the first-floor bedroom of a British colonial mansion in the area, a woman is said to have committed suicide. Her spirit still haunts the house to this day.

After this, it remains uncertain of exactly what transpired, though the property was eventually abandoned and left to rot and become a dilapidated eyesore. Since this time, rumors that the house was haunted have swirled. Some say that it is the woman who ended her own life there that remains to haunt the property. Causing some to see strange light anomalies, her own apparition, or being overcome with crippling emotion, rendering them unable to remain within the mansion.

Whether these ghost stories are made of truth remains to be told. Yet, the prestigious area of Bukit Tunku, popularly referred to as the Beverly Hills of Malaysia, remains no stranger to reported paranormal phenomena. Legends of a phantom motorcyclist haunting the Bukit Tunku area exist. It is told that a high-speed accident claimed the life of this biker in the area. Many have since reported a motorcyclist whizzing them at high speeds, only to suddenly disappear into the darkness. In addition, a recent viral video showed what appeared to be a ghost sitting in the middle of a winding Bukit Tunk road. Interestingly, as the driver who had recorded this incident drove away from the strange apparition, all of the wiring on the dashboard of their car tripped.