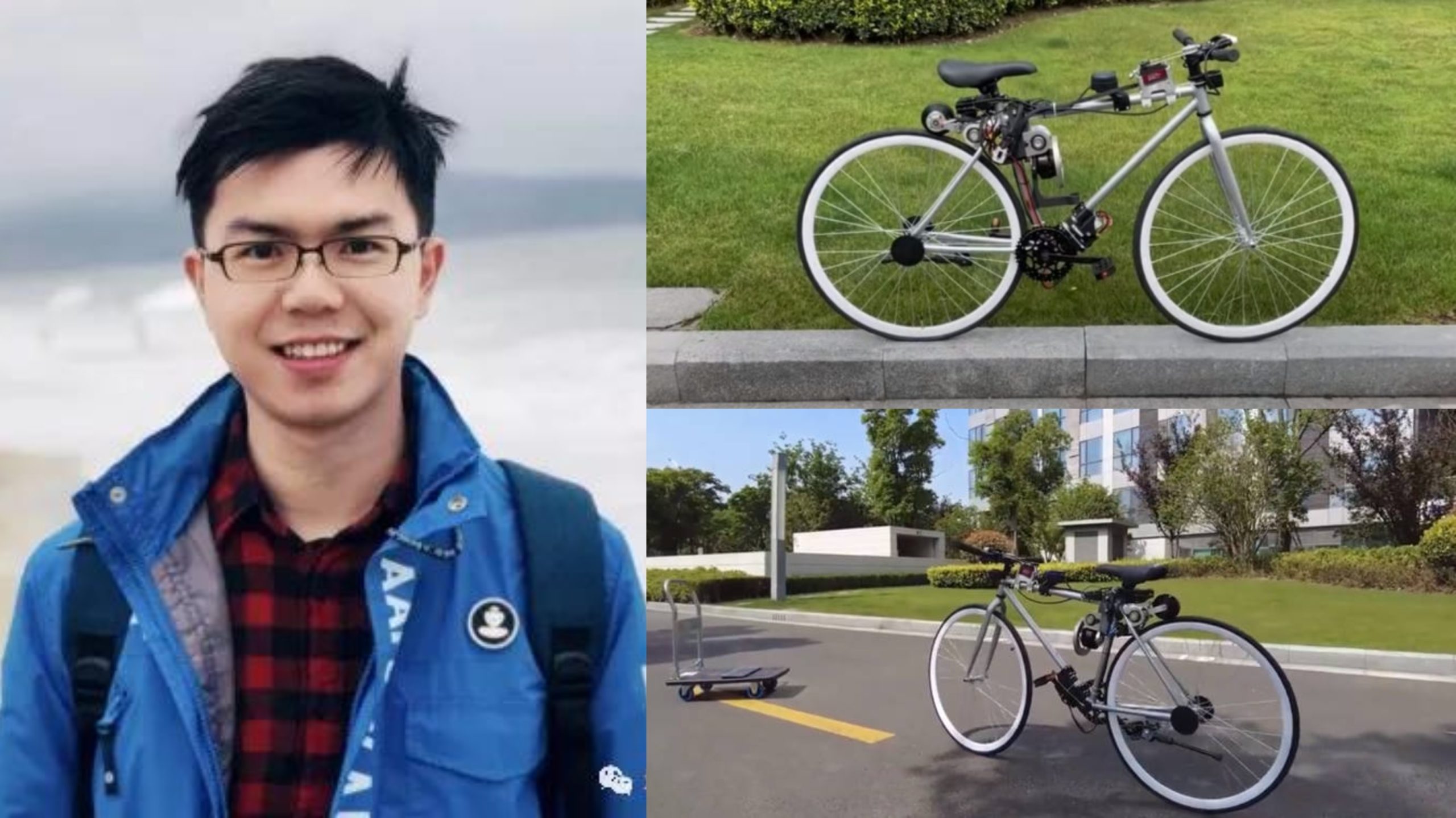 A young Chinese engineer spent his weekend of four months designing and building a self-balancing bicycle that also can detect and avoids obstacles. Zhi Hui Jun came up with this innovative idea after he lost his balance and fell off his bicycle one day.

The talented engineer was attracted by the self-driving bicycle that was built by the scientists at Beijing Tsinghua University in 2019. After he suffered a minor accident that left him with injuries to his face, Zhi Hui Jun decided to build his own version of the bicycle.

Zhi Hui Jun designed a magnificent self-balancing bicycled using an advanced system of accelerometers and gyroscopes that can monitor the bicycle’s movements and handling them so that it never loses control or tilts to one side.

Other than that, his system that is powered by a lithium battery allows the bicycle to maintain its balance both when stationary and in motion. The bike will not pull it off balance as it quickly compensates for the weight difference to keep level even if a heavy load is hanging one of the handlebars.

The fact that this self-balancing bike is built by a single person is impressive enough but this young engineer’s creation also features an RGB depth-sensing camera and a LIDAR sensor. It allows the bike to avoid obstacles detected on its route.

The man behind this innovation graduated from China University of Electronic Science and Technology in 2018 and has since been in Huawei’s Young Genius program. He worked in the artificial intelligence program of Oppo, the smartphone developer. He also has a YouTube channel where he posts a series of interesting projects of his own.