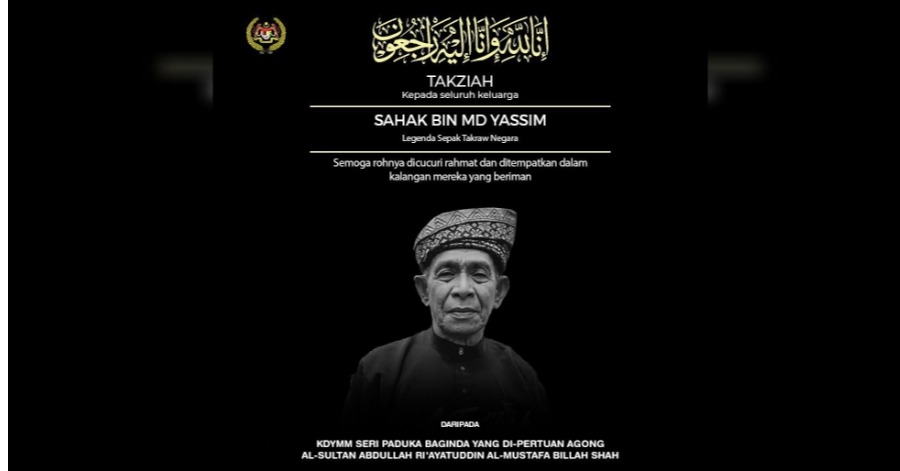 Istana Negara, through its official social media site, stated that His Majesty also expressed sadness over the passing and hoped that the family would remain patient and strong during this difficult time.

“His Majesty highly praised and appreciated Sahak’s devotion, service and sacrifice to the country and described his passing as a great loss to the sport of sepak takraw in the country.

“His Majesty also prays that his soul to be blessed by Allah and placed among the righteous,” read the statement.

Expectant Mother Offers Free Ride To Get To PPV