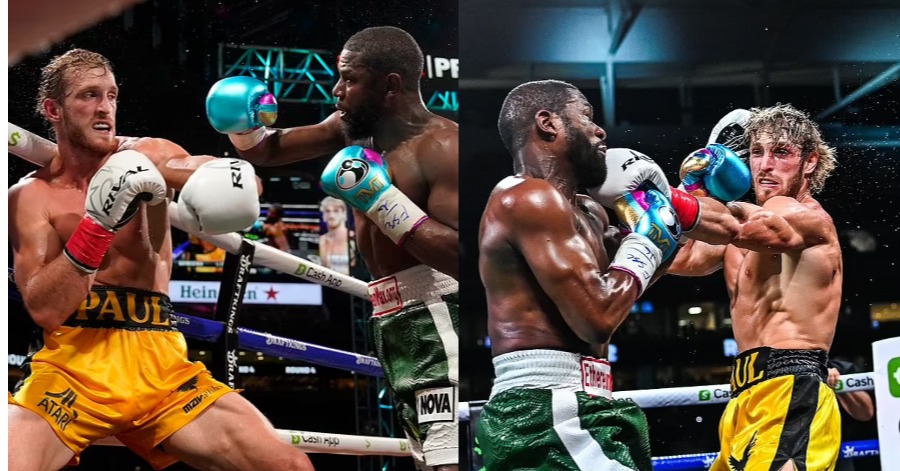 Mayweather put on an entertaining performance despite failing to overthrow his opponent on the court of the American Football team, the Miami Dolphins.

Since the fight against Paul is just a show and is not categorized as a professional and licensed fight, there is no jury to determine the winner and only a knockout will determine the victory.

Paul, who is going through his third fight after two encounters against another YouTube star, KSI, hopes to repeat the fight against Mayweather, 44, in the future.

“It’s one of the greatest moments of my life. I’m happy to have made it out,” he said.

Besides Christian Eriksen, These Are 5 Other Footballers Who Have Collapsed On The Field Recently, the sports world has been bearing shocking news when an unconscious Christian Eriksen received CPR on the turf of Parken Stadium. The incident in which his teammates attempting to form a protective ring to keep his motionless body out of sight really makes everyone worried. It really made everyone worries as seasoned football fans have seen this in the past and the outcome has almost never been nice.

Luckily, the condition of Christian Eriksen is now stabilized. He is under the best possible medical care and most importantly, alive. Other than this particular incident, there are also some other footballers who have collapsed on the field. These are 5 of the most remembered incident that has ever happened before.

The Bolton Wanderers midfielder collapsed on the pitch in an FA Cup match in 2012 due to a cardiac arrest and was technically “dead” for 78 minutes before he was revived. The former England under-21 midfielder had to retire soon after at the age of 24.

The Cameroon midfielder collapsed during a Confederations Cup match in 2003. Medical staff attempted to resuscitate the 28-year-old on the pitch before taking him off on a stretcher. However, they failed in their attempts to restart his heart and he was pronounced dead.

The French striker has collapsed several times on the pitch due to a medical condition that causes him to faint. He has collapsed playing for Swansea City, Galatasaray, and Al-Hilal.

The Hungary striker was playing for Portuguese side Benfica against Vitoria Guimaraes in January 2004 when he keeled over in pain before falling backward onto the pitch after a heart attack. Medics attempted to resuscitate the unconscious 24-year-old before he was taken off on a stretcher and rushed to the hospital. Doctors tried to revive him for nearly 90 minutes before he was pronounced dead.