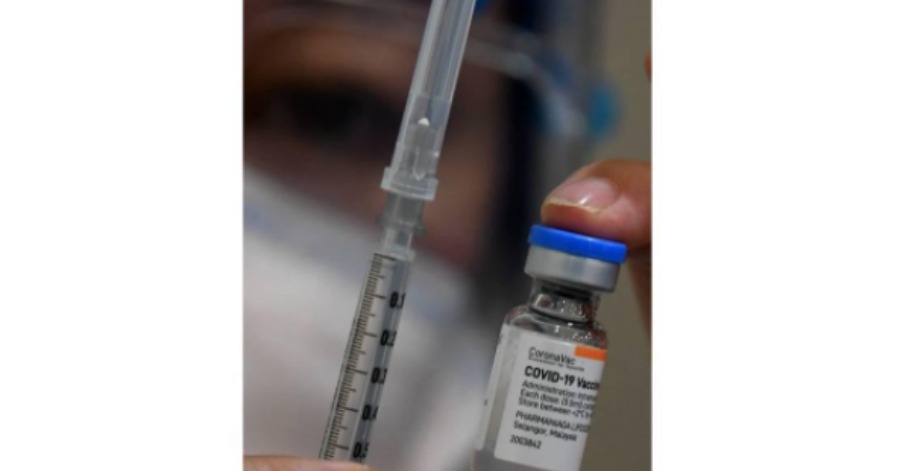 KUALA LUMPUR, June 21 — The vaccination of all students who will sit for major examinations next year is deemed the best ‘way out’, to enable them to return to school immediately even though the country is still battling a high number of daily COVID-19 cases.

The first dose of the government-approved Pfizer-BioNTech Comirnaty vaccine, for children aged 12 and above, is expected to be administered to examination candidates in mid-July.

Surely this effort also provides relief to teachers and parents to help improve preparations of the affected students, who had to follow the home-based teaching and learning (PdPR) method prior to this.

Vaccination is the best shield for students, especially for candidates who will sit for examinations, to protect them from severe complications of the COVID-19 infection, said Universiti Teknologi Mara Sungai Buloh’s Faculty of Medicine’s Infectious Diseases Unit head, Dr Rosnida Mohd Noh.

Although the findings show that the COVID-19 symptoms faced by children up to 17 years old are milder than adults, the vaccination will boost the students’ confidence that they are protected before returning to school.

She explained that students also have no need to worry about the vaccine’s side effects, such as fever and headaches that some vaccine recipients may experience, as these were only temporary in nature.

“By not getting vaccinated, the risk of COVID-19 infection is greater and can cause acute effects in the long run.

“Most importantly, when students receive the vaccine, it will indirectly reduce disruption to the learning process, so students can continue their school sessions as usual,” she told Bernama.

Dr Rosnida said that based on the current situation and disclosure of information related to vaccines through various media channels, students are now seen to be more confident that the vaccination programme could be implemented successfully.

“Generally, students who will sit for examinations such as SPM and STPM are intelligent and mature enough in finding accurate information about vaccines from verified sources.

“They can make their own decisions and I think they (will) be more open to receiving the vaccine,” she added.

On the other hand, Dr Anuar Ahmad, a lecturer at the Centre of Community Education and Wellbeing, Universiti Kebangsaan Malaysia, is of the view that vaccination of examination candidates should be more targeted.

He explained that such an approach is necessary for students in need to be vaccinated first to ensure the continuity of learning.

“Due to the large numbers and limited time, it should be made clear who will be the target (students). Which group of students should be given priority… urban or rural students?” he asked.

Anuar said that if vaccination is to be carried out in stages, rural students having difficulty accessing the internet should be given priority.

He said that the move was necessary so that the students could continue face-to-face learning sessions at school.

“Meanwhile, groups that have internet access can temporarily continue with online learning. It is hoped that vaccination will be expedited and expanded for other students (non-examination candidates).

“I am sure most students will sign up to be vaccinated because young people (usually) have a better understanding of the importance of vaccines for their health,” he added.

Interesting Fact! These Are Actually 7 Different Types Of Durians Exist In Malaysia!

(Video) Beneficial Music Choice! These 5 Songs Can Help You Improve Your Focus Music actually is not just a means of entertaining ourselves. Other than that, it can also encourage creativity and also would help us to become more productive. Listening to music can be so therapeutic, relieving feelings of stress so that you can concentrate better. In fact, plenty of people swear by music as a helpful tool for studying and working.

Studies have shown that music produces several positive effects on a human’s body and brain. Music activates both the left and right brain at the same time, and the activation of both hemispheres can maximize learning and improve memory. These are 5 songs that have been scientifically proven that can really help you to improve your own focus.

Stress is not your friend when you need to focus. Music used for the purpose of meditation facilitates your mind and body’s ability to relax into a state of calmness. The effects of meditation music have been studied on cancer patients to decrease their levels of stress and increase their probability of healing and physiological markers of health.

From movie and video game soundtracks to trance jazz, the pure melody of the instrumentals music gives your brain a break from trying to make sense of song lyrics in addition to concentrating on the 2,300 words you still have to knock out on your essay.

Nature relaxes us as it takes us away from the beeps and honks of city living and brings us to a state of relaxation and contentment. In a 2010 study, the participants who completed a challenging math problem that was followed by 10 minutes of nature sounds experienced greater sympathetic nervous system relaxation than the control group. Whether it be the sound of rain, ocean waves or the jungle, the sounds of nature manage to silence any annoying brain blabber and allow you to focus on the task at hand with surprising clarity.

Brainwave entrainment is the scientific term of synchronizing your brain’s neuron activity to the rhythm of sound. There are two types of Brainwave Entrainment: 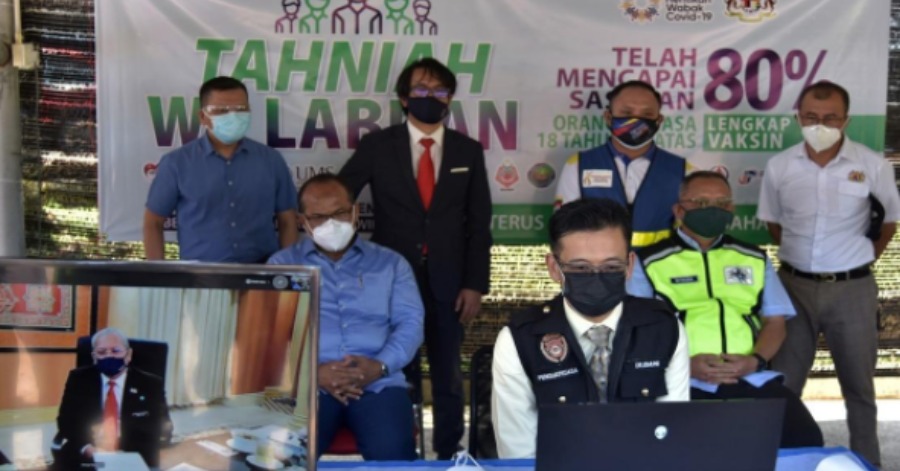 LABUAN, July 27  — Labuan today completed fully vaccinating 80 per cent of its adult population and has become the first among federal territories and states in the country to achieve herd immunity against COVID-19.

The federal territory has immunised 54,800 of the 68,500 adults listed as eligible for the National COVID-19 Immunisation Programme (PICK).

The Labuan COVID-19 Immunisation Task Force (CITF) and the Labuan Disaster Management Committee described the programme as a difficult task but acknowledged that great team work had resulted in the success of the exercise.

Labuan CITF chairman Rithuan Ismail said a total of 54,800 (80 per cent) of the total population eligible for vaccination have received the two doses of the vaccine.

“We are pleased to have achieved herd immunity three days earlier than the targeted date of July 30.

Fear of Needles A Needling Issue Amid Vaccination Campaign 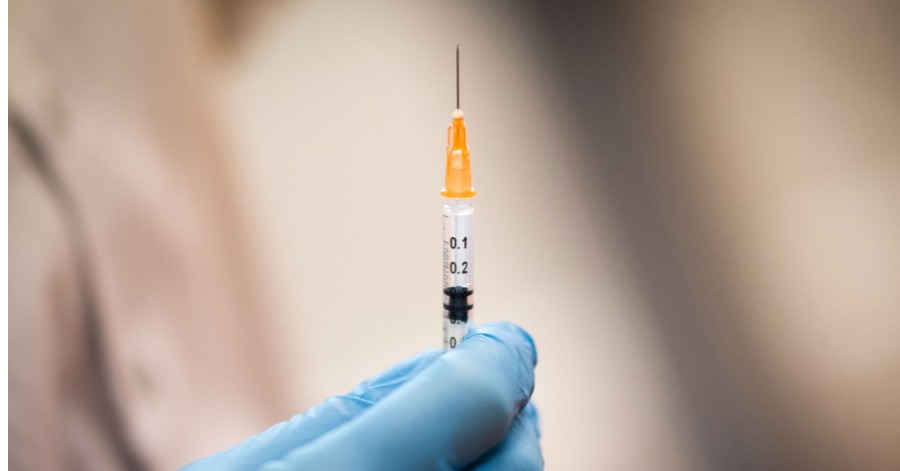 KUALA LUMPUR (Bernama) – While it is heartening that Malaysia has ramped up its COVID-19 vaccination drive in its endeavour to attain herd immunity soon, people who have an aversion to needles are having a hard time overcoming their fear and getting themselves inoculated.

For those who have a strong fear of needles, getting the vaccination is a big deal and can be anxiety-inducing.

According to Universiti Malaysia Sarawak psychiatrist Dr Amanda Albert, fear of needles is not uncommon, with some experts postulating that avoidance of pain caused when the needle pierces the skin is actually an evolutionary instinct.

“The human race survived by avoiding pain and injury with their fear instinct, creating a human predisposition to this fear of needles.

“However, problems arise when this fear reaches the extreme level of a phobia as this will affect one’s ability to obtain the vaccine or undergo any other medical procedure involving needles,” she told Bernama recently.

The specific phobia about medical procedures involving needles is called trypanophobia which, said Dr Amanda, is listed in the Diagnostic and Statistical Manual of Mental Disorders, Fifth Edition (DSM-5), as a blood-injection-injury type phobia.

In Malaysia, there are no statistics pertaining to the number of people with this phobia but globally it is estimated that up to one in 10 people may suffer from some form of trypanophobia, she said.

“Studies also show that four out of five people with trypanophobia report having a first-degree family member with the same phobia. However, experts believe this may be due to learned behaviour more than actual genetic inheritance,” she added.

Dr Amanda said trypanophobia is diagnosed when a person has an immediate and marked fear response to medical needles.

“This fear can go on for at least six months and cause the person to avoid the trigger with intense fear and anxiety, usually out of proportion to the actual danger posed by the needle.

“It is also out of proportion to the person’s sociocultural context, meaning their fear responses are different from the fear responses of those in their social circles and cultural background,” she explained.

She said in certain cases, persons with this phobia have been known to completely avoid going to a clinic or hospital despite having an illness that requires treatment, or even refusing to get the COVID-19 vaccine.

“They will avoid medical needles at all costs, be it needles for vaccines or blood transfusion or medications that are given through the vein,” she said, adding that those with extreme trypanophobia may not only avoid the COVID-19 vaccine but also resist having their blood sample taken or any medication given via needles should they develop COVID-19.

Unlike anti-vaccination groups that have no trust in science or vaccine safety, individuals with trypanophobia generally do not object to vaccinations – they avoid it purely due to their fear of medical needles.

“People with trypanophobia would probably have no problem with taking vaccines that are given orally, like the polio vaccine,” she said, adding that people with this phobia can seek the help of a professional therapist, such as a clinical psychologist or psychiatrist, to overcome their fear.

DEALING WITH THE FEAR OF NEEDLES

Dr Amanda said those who are avoiding the COVID-19 vaccine due to their fear of needles must teach themselves to relax and do deep breathing exercises “to slow down the bodily responses of fear such as fast heartbeat and fast breathing” as it can help one to feel more at ease.

“(While at the COVID-19 vaccination centre) after you have checked that you are being given the right vaccine dosage, find things that would take your attention away from the procedure at hand. Bring a trusted friend or family member with you, or talk to them on the phone.

“You can also hold an ice pack in your hand as (the sensation of) pain and temperature run along the same nerve pathways to the brain, so this is a form of ‘distraction’ to your nerve pathway. If the room you are in has a piece of art or a cartoon drawing that you appreciate, pay more attention to it than the needle,” she said.

She also said that people with trypanophobia could prepare themselves for the vaccination through exposure therapy, which involves exposing themselves to medical needles step by step.

“Read about it and watch videos, then accompany someone to a vaccination centre,” she added.

Meanwhile, Dr Ammar Rashidi Abdullah, a medical officer at Hospital Kepala Batas in Penang, said individuals who have a phobia about needles should consult a psychiatrist or counsellor to overcome their fear.

The fear of needles can be detrimental to one’s state of health as it discourages a person from getting the COVID-19 vaccine, as well as any medical treatment involving the use of needles, he said.

He also reminded that the COVID-19 vaccines offered by the Ministry of Health are safe and approved by the ministry’s National Pharmaceutical Regulatory Authority Malaysia, as well the World Health Organisation.