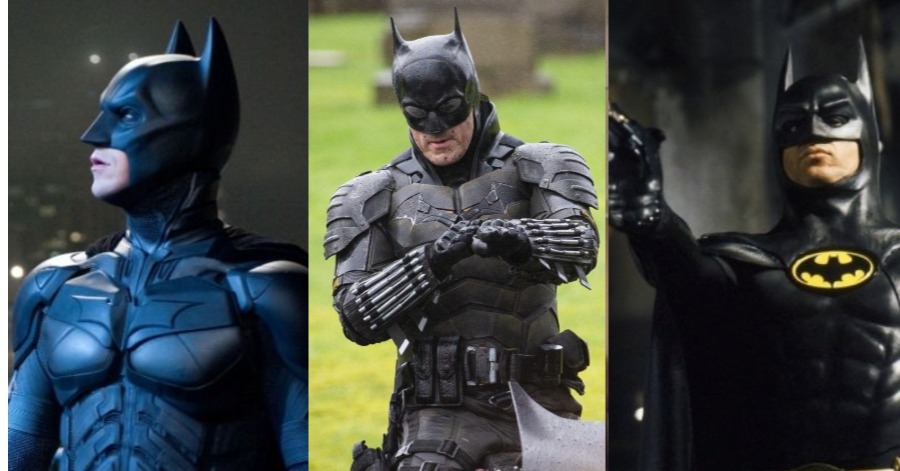 The bat suits worn in all Batman movies are all iconic. Some are really cool, some look just nice and there are the ones that look…bad. A video on Youtube talks about the major variation of Bat suits from live-action movies. Batmaniacs, this video might be perfect for you!

Robert Pattinson plays Batman for the upcoming movie, The Batman and is scheduled to be released in 2022. Even the full movie is not out yet, the snippets of the movie have shown us the brand-new bat suit. Appeared both in trailer and promo photos, the bat suit seems fit. The chest armor looks rock-hard. The batmaniacs labeled the suit as ‘sad’ hence the trending hashtag, ‘#sadbatsummer’.

The major change on this new batman suit is the symbol on his chest. It is made out of the gun that killed his parents and a physical presentation of the trauma he had been through. Overall, it looks bold with sharp ears, bluntnose and broad chest.

Batfleck’s suit is the opposite of Pattinson’s. It appeared to be bigger, and chunkier to show Batfleck stockier frame. Same as the Battinson suit, the major change of this suit is the symbol. This time, the bat symbol is bigger and spread on his chest. During his fight with Superman, Batfleck put on an armored suit. It is inspired by Frank Miller, the Batman comic book writer.

As for the Justice League, Ben Affleck’s suits look just like the original one he had on Batman vs Superman but with a small upgrade to them, such as sharper angles and less excessive items. He also had a google on.

Christian’s Bale suits in The Dark Knight and The Dark Knight Rises are said to be the most realistic Batman suit. It looks light and easy to move in but still appears to protect Batman. Even so, the simple piece is not enough to prevent batman from breaking his back. The suit provided spikes from the gauntlet that came in handy when he was fighting against the bad guys.

It is likely to be made out of rubber and isn’t loved universally but it is not that bad. The later suit is much better but the one before is memorable.

The infamous George Clooney’s suit or also known as batnips. The obvious nipples in front of the suit are bad enough to be criticized but, the skin-tight feature is also a big no. The cape’s materials look cheap and the whole outfit is just… not it.

The Batnips are bad enough but the one George Clooney wore, a silver-colored suit is the worst of all.

Clooney’s suit wasn’t the first one to have that weird feature as Val Kilmer had it on first. Although it wasn’t as obvious as Clooney’s, he still holds the honor. Val Kilmer’s jet-black suit was called ‘the panther suit’ and it has a touch of greek statue aesthetic.

Michael Keaton’s suit on the other hand is not the most practical suit but it was the one that started the ‘bulky’ feature in all Batman suits. The thick rubber around his neck makes it hard for him to look around, but the rich black with a hint of vibrant yellow under the symbol makes up for it.

Keaton’s suit in Batman Returns was the same as his first one except for the more angular armor and an upgraded cape.

Adam West’s suit looks just like the one from the comic book. The soft grey material and white eyebrows are not that bold but it is iconic. Considering the fact that it was released in 1966. It is bright and cheery, completely opposite of 2022 Batman’s suit. If we were to put it side by side, we can see that batman suits have revolved throughout the decades.

(Video) How’s Life At The COVID-19 Quarantine Center? This What It Looks Like Nothing compares to the joy of having a loyal companion. It doesn’t matter if it’s a dog, cat, rabbit, hamster or any pet, these animals will be sure to fill your homes with joy. Owning pets is one thing and getting their supplies is another. Like us humans, we keep our supplies such as food, groceries and home products readily for us to use. The same thing applies to pets. They need food, treat, supplement, bedding, toys and many more.

Sometimes we just don’t have the time to go to the pet store and browse for supplies. For some people, pet stores might be far away and travelling will require some time and expenses. But now, with online platforms, many businesses are blooming and meeting customers needs easily.

PT PETS Resources is an SSM registered pet supplies business based in Kuala Lumpur. Manage by two students, they have been doing this business since the pandemic started. The idea to start this business came as they often visit pet stores to get their supplies. From there, they contacted many suppliers for more information on how to get supplies from there. Started off with zero knowledge and very few orders, PT PETS now has at least 20 to 30 orders per day.

Most of their customers have cats as pets but they can cater for the needs of other pets such as dogs, rabbits, hamsters, chinchillas, budgies and even reptiles upon request. They have various pet supplies, from dry to wet food ranging from normal to super-premium, toys, cleaning agents, health supplements and accessories related to pets. Their best selling products would be Applaws brand which they have sold about 1000 products.

All products sold are 100% original as they are taken directly from the pet store or factory. The packing of products is super safe and will be delivered to you without any defects. PT PETS sells both online and offline which means you can purchase through Shopee, pick your orders or have them delivered to you.  Besides that, they provide postage to various places and there’s also free delivery services to certain places as well. Every product that is packed is sanitized to ensure the safety of its customers.

Personally, I have purchased multiple times from them. They offer the best choice of products and patiently answered my enquiries. Not only that, they are super friendly and patient, which I think is the best key to satisfy customers. Despite starting from scratch, PT PETS has now grown so much and has many loyal customers

If you’re looking for a wide range of pet supplies that is trustable, affordable and with good service, you can check out PT PETS’ business page on Shoppe or Instagram. For more enquiries on products, you can message them on Shoppee or Instagram. 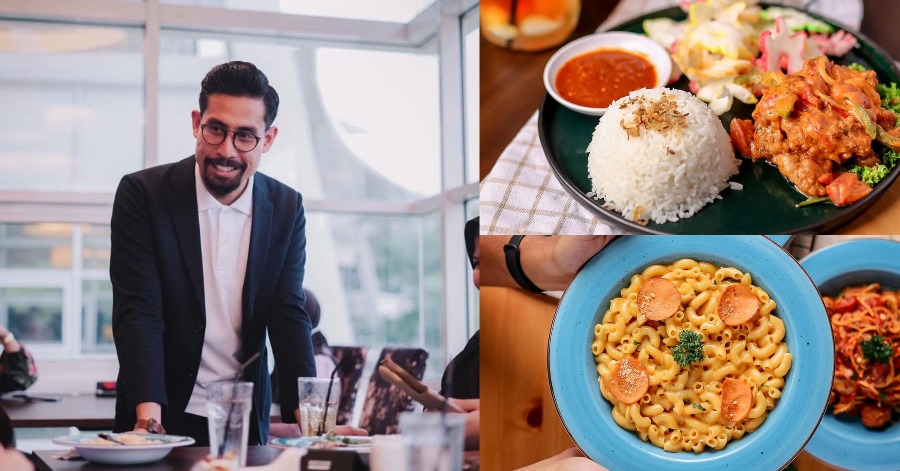 Lately, there have been so many restaurants in Malaysia that cater to both Western and also Asian menus under one roof. This is because Malaysians nowadays love to eat from both of these menus. The western menu is also known as the European menu that belongs to European countries and other Western countries while the Asian menu includes several major regional menus such as Central Asian, East Asian, North Asian, South Asian, Southeast Asian, and West Asian.

One of the most famous restaurants that always served Western and also Asian menus in it would definitely be the ‘Smoked Kingdom by DonDaniyal’ restaurant. This particular restaurant is located in Presint 8, Putrajaya. Their objective is to provide everyone that comes to the restaurant best Western and Asian menus at an affordable price.

They mentioned in their Facebook post, “At Smoked Kingdom by Don Daniyal, there are more than 30 different types of hotel-style western cuisine with the price starting as low as only RM15.90. Not only western, sweet and sour rice and also buttermilk are also available. Many people have dreamed of these two signature dishes”.

Based on personal opinion, this is the perfect restaurant to try if you wanted to try different types of dishes with your family members, friends and also your loved ones. You will never get bored with the selections of delicious food prepared here because there are literally so many to choose from. Customers can really indulge in their food so much.

These are some of the foods and also beverages available at “Smoked Kingdom by Don Daniyal”. 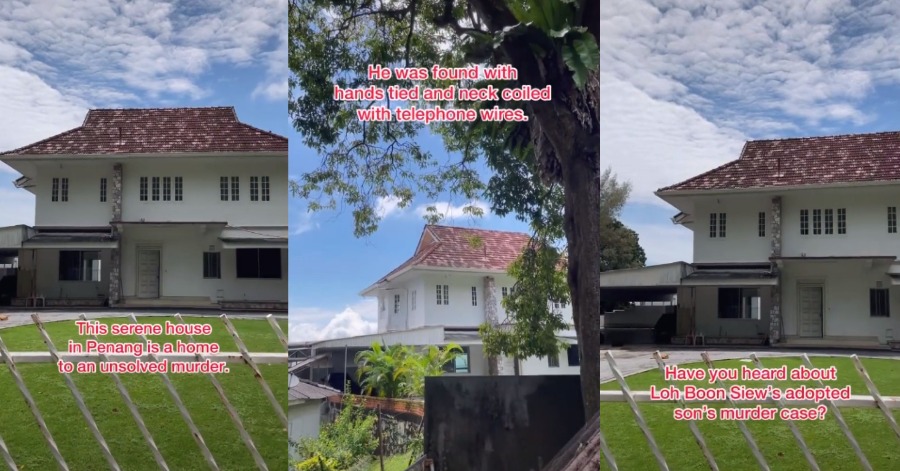 Boon Siew’s Beach Villa is actually a disused two-story bungalow by the coast at Shamrock Beach in Batu Ferringhi, Penang. It is located at a bend on Jalan Batu Ferringhi. It was built in 1930 and was the home of the late Tan Sri Loh Boon Siew. The Boon Siew’s Beach Villa affords splendid views, the coast of Tanjung Bungah, and the Pulau Tikus islet.

Its immediate neighbor is Lost Paradise Resort to the south. Within the spacious grounds of the villa are trees as well as a playground with a swing. Today the Boon Siew’s Beach Villa is unoccupied, save for the occasional gardener or caretaker. It looks rather forlorn, not all a happy place, despite the enormous wealth of the man who built it. This is due to the fact that Boon Siew’s eldest son Kah Kheng was found dead in this bungalow in mysterious circumstances.

According to the posted TikTok video, this serene house in Penang is home to an unsolved murder. The adopted son of a tycoon was found strangled to death. The tycoon is actually Loh Boon Siew. The devastated Boon Siew became reclusive for some time after the ultimate demise of his dearest son. It was the most sensational news in the month of February in 1987.

Two suspects were arrested but were released after. The tycoon offered a reward of RM500 thousand for any information. He made the offer in an advertisement in the New Straits Times newspaper in April 1987. Unfortunately, the case remains unsolved.