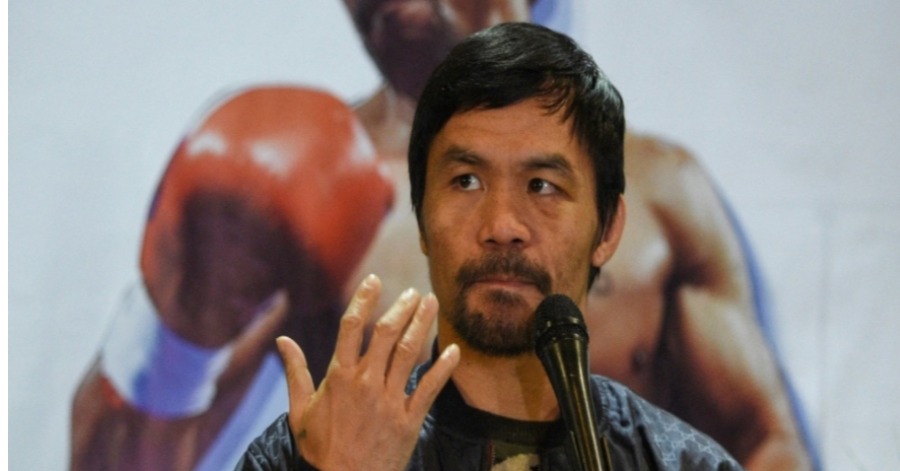 MOSCOW, Sept 20 — Filipino boxing star and Senator Emmanuel Dapidran Pacquiao, known as Manny Pacquiao, announced his presidential bid in the 2022 election as a candidate from the PDP-Laban faction on Sunday.

“I boldly accept the challenge of running as PRESIDENT of the Philippines. We need progress. We need to win against poverty. We need government to serve our people with integrity, compassion and transparency. The time is now. I am ready to rise to the challenge of leadership,” Pacquiao wrote on Twitter as quoted by Sputnik.

Pacquiao made the initial announcement earlier in the day during his nomination speech at the national convention held by his wing of the PDP-Laban, which he co-leads with Senator Aquilino Pimentel.

On Sept 8, the other PDP-Laban faction led by Energy Secretary Alfonso Cusi and President Rodrigo Duterte held its own national convention, which announced that Duterte secured the nomination for vice president in the upcoming 2022 election.

Earlier in September, Cusi urged the Commission on Elections to declare Senator Manny Pacquiao and his allies as “illegitimate officers and/or unauthorised representatives” of the ruling party.

Pacquiao was first elected to the House of Representatives in 2010, representing the province of Sarangani.

He has been serving as a senator of the Philippines since 2016 and became the president of the ruling party PDP–Laban in 2020. In July of this year, the Duterte-led faction ousted Pacquiao from the party leadership position.

Pacquiao and his allies didn’t recognise that vote, and as a result, the senator was elected the president of a separate PDP–Laban faction.

A president is elected for a single six-year term in the Philippines with no possibility of running again once the term is over. 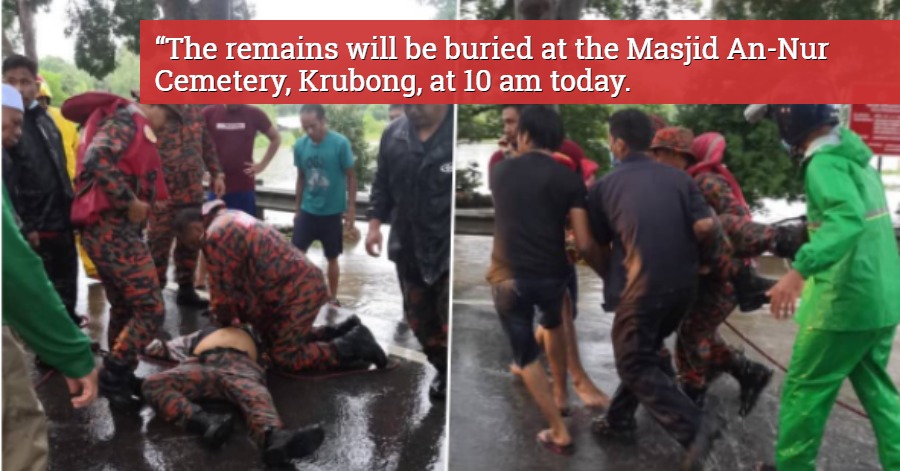 “The remains will be buried at the Masjid An-Nur Cemetery, Krubong, at 10 am today.

“The staff of the Melaka Fire and Rescue Department convey their condolences and are saddened by the incident,” he said in a statement today.

In the incident which occurred at about 5.30 pm yesterday,  Mohd Diya was believed to have been securing a line in a flood area to help evacuate Kampung Sungai Putat residents from their dwellings when he suddenly lost consciousness and fell into the swift chest-high flood waters.

Other firefighters who witnessed the incident took about 10 minutes to rescue him and get him to safety. 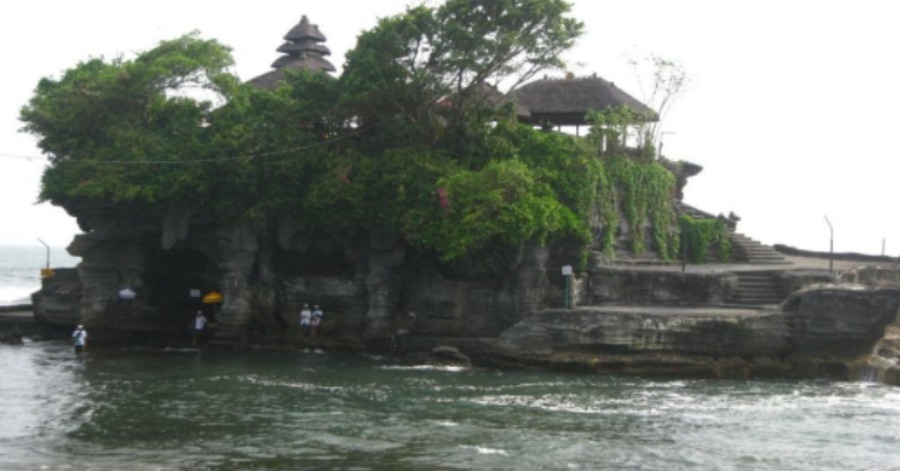 BALI, Oct 20  — The Bali provincial government has created a guidebook for foreign tourists,  which among others contain travel rules in the province including arrival protocols at the airport.

The guidebook, is part of the international tourist spot’s preparations in welcoming foreign tourists in the wake of COVID-19.

“As the government reopened tourism in Bali on October 14 (2021), we compiled a travel guide to be used by foreign tourists,” Head of the Bali Provincial Tourism Office Putu Astawa said.

“Furthermore, foreign tourists must conduct a five-day self-quarantine at one of the 35 hotels designated by the government once they arrive in Bali, “ he was quoted as saying by Antara news agency.               The guidebook which will be handed to tourists during the self-isolation period, comprises of rules on traveling in Bali including the arrival protocols at the Gusti Ngurah Rai International Airport and the health protocols, which must be implemented when traveling.

“In addition, tourists are required to have health insurance, visas, and complete COVID-19 vaccination certificates. If they fulfill the conditions, they can enter Bali,” he reiterated.

He said the government is only allowing tourists from countries with Level 1 and 2 confirmed cases and a positivity rate of below five percent, adding tourists need to submit negative results of RT-PCR tests taken a maximum of 72 hours before departure and accommodation proof.

“In addition, the tourists will have to undergo two additional RT-PCR tests – once they arrive at the airport and on the fourth day of the quarantine,” he said.

According to Astawa, an increase will be seen in the number of tourists in November or December.

“Currently, Balinese tourism actors are not the only ones who are making preparations, but also the travelers and the airlines,” he added.

Budget 2022 To Set The Tone For Ringgit 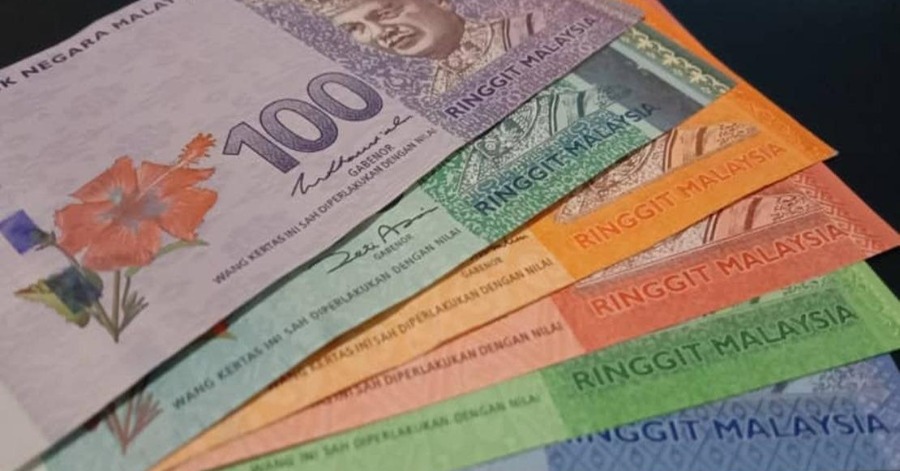 KUALA LUMPUR, Oct 20 — Investors will keep a close tab on Budget 2022 which will be tabled in Parliament on Oct 29 by Finance Minister Tengku Zafrul Abdul Aziz, as it could be a decisive factor in determining their confidence with regards to the ringgit’s performance.

In early January 2021, the domestic unit breached the 4.00-level against the US dollar, depreciating to a year-to-date low of 4.24 mid-August before regaining its grounds to trade at the current level of between 4.14 and 4.19.

“This should help to some degree, providing fiscal space for the government while being a catalyst for an improved capital expenditure plan among the oil and gas players,” he said.

“Perhaps the upcoming budget announcement would shed more light on how the government plans to reduce the budget gap, given that the 12th Malaysia Plan (12MP) has indicated a fiscal shorfall of 3.0 per cent – 3.5 per cent of the gross domestic product (GDP) by 2025 as opposed to the 2022 estimates of 6.5 per cent – 7.0 per cent,” he told Bernama.

Meanwhile, ActivTrades forex analyst Dyogenes Rodrigues Diniz believes the ringgit could hit the 4.10 level against the US dollar for the rest of the year.

He said the 12MP is aligned with the global goals of sustainable economic development and greater social equity — positive pull factors for foreign investors to invest in Malaysia.

“As a currency pair, we also need to understand the US dollar situation. The recent announcement by the Federal Reserve (Fed) that it will not raise the interest rate for the US dollar until 2023 could weaken the currency.

“So, in general, we are talking about a simultaneous ringgit appreciation and a possible greenback depreciation, which could be good for Malaysia,” said Diniz.

He also noted that the local unit has been appreciating against major counterparts in the past few months.

“However, the uptrend is not quite significant, given the uncertainties due to the onslaught of the Delta variant of COVID-19 in the region.

“Still, I see that the recovery is positive and the speed of this appreciation is also important as greater exchange rate stability provides more predictability for international trade,” he said, adding that an excessively rapid appreciation of the ringgit could affect the trade balance.