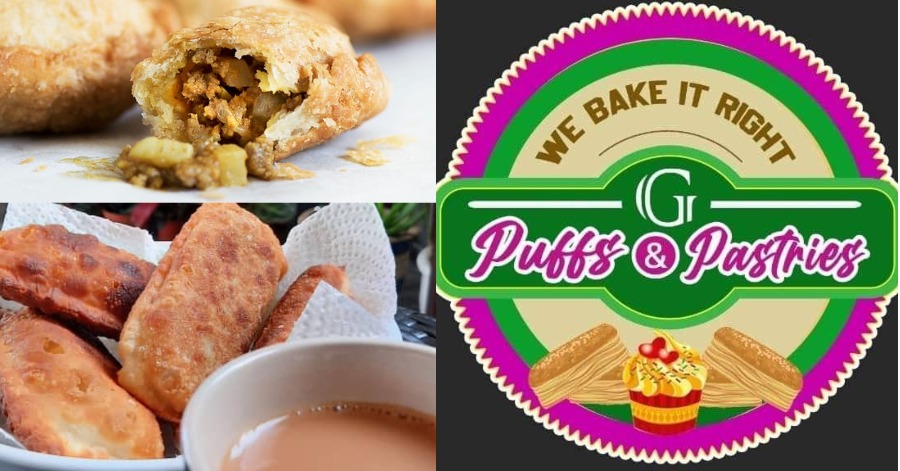 This particular delicacy is no stranger to us.

The curry puff is a deep-fried or baked semi-circular pastry with assorted fillings. The origins of these snacks are uncertain but are said to be influenced by the British Cornish pastry, the Portuguese empanada, and the Indian samosa.

Curry puffs are one of the many favorite ‘kuih’ in Southeast Asia. Also known as karipap, this crispy pastry is stuffed with a variety of savory fillings such as potatoes, sardine, and sometimes a combination of curry potatoes and minced meat. The curry puff pastry is made from plain flour mixed with butter which is then rolled and folded into a crescent-like shape. The fillings are cooked separately and are stuffed into the pastry before the puff is closed and crimped on the sides. The next thing to do is fry them and you have your hot curry puffs ready.

Speaking of this delicious delicacy, here are some curry puffs that you definitely don’t want to miss.

Usually, curry puff that you find by the streets or stalls comes in two flavors which are sardine and potato. But with G’s Puff and Pastries, you can taste other flavors such as mutton, prawn, and chicken flavor!

What’s more convincing is that all their curry puffs are homemade by their very own chef and are frozen. All that is left to do is buy and fry. Pretty easy isn’t it! Unlike ready-made curry puffs, which you can’t store for a longer period of time, these frozen puffs can be stored for up to 10 to 15 days. There is no hassle in preparing this delightful treat because it only requires 2 minutes of your time.

So what are you waiting for? Get your frozen curry puffs from G’s Puff and Pastries and enjoy them at any time of the day.

Awesome Cheap Dates Ideas To Help You Reconnect With Your Love

(Video) Cinemas Are Back In Business! Don’t Miss These 7 Highly Anticipated Movies

Movie Review: ‘The Art of Racing In The Rain’, An Emotional Movie Worth Watching! 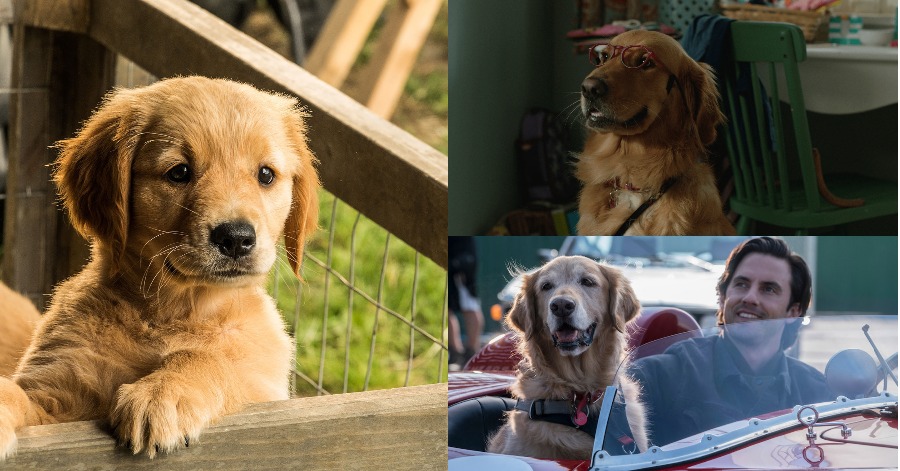 Now that everyone has healed from 2008’s Marley & Me, dog movies are making a significant comeback. A Dog’s Purpose was released in 2017 and was followed by A Dog’s Journey in 2019 and A Dog’s Way Home in the same year.

The Art of Racing In The Rain is based on Garth Stein’s best-selling novel of the same name about a dog who tries to acquire the teachings of humanity in the hopes of being reincarnated as a human. Enzo (spoken by Kevin Costner) tells the story of his life to his human, Denny Swift, an aspiring racing car driver (Milo Ventimiglia). Denny’s family expands as Enzo stays at his side, sharing Denny’s passion for cars and seeing his marriage to Eve (Amanda Seyfried) and the birth of their daughter, Zoe (Ryan Kiera Armstrong).

In The Art of Racing in the Rain, a dog narrates the story, similar to A Dog’s Purpose, but he isn’t naive: Enzo is a knowledgeable sage who knows everything. In fact, the entire movie is long narrated by the dog.

Enzo observes family strife, conflict, and sorrow and tries to assist. Because he can smell cancer, he is the first to know when a family member develops it. When someone is in jeopardy, he cries for help, and he exacts canine vengeance on anyone who tries to separate Zoe from her father.

It’s easy to see why these movies are so popular. We can’t help but wonder about these creatures who live with us, who watch over our every move, who love us unconditionally, who soothe us compassionately, and who appear to exist solely to be our friends. It takes little imagination to see their simplicity as a greater understanding than ours. Perhaps it is true if their objective is to love and be loved (along with being nourished).

The film is lovely, with great dog views of the human world, and the story of how Enzo learned from and loved Denny was understandable. Many instances choked me up and left me speechless, such as when Enzo cares for Eve and says, “You are my rain,” and another time when Enzo misses Eve and removes her cap. I mean, how can one film such scenes with such a high level of precision? The best and most memorable scene in the film occurred when Enzo was finally back on track, just as he had hoped. I was in a pool of tears and sulked for hours after hearing the entire narrative in the part, “I wish I could stay with them forever.” A dog’s love is pure and unconditional, and it’s possible that no one has ever truly loved it until they’ve loved a dog.

In a nutshell, it’s Marley & Me meets racing cars, combining a lovable dog, family tragedy, and high-speed, four-wheel action with the extra gimmick of telling the story through the eyes of a cherished pet. This film doesn’t deviate from the increasingly common formula of dogs, drama, and death, but it does end with one of the best feel-good endings ever. 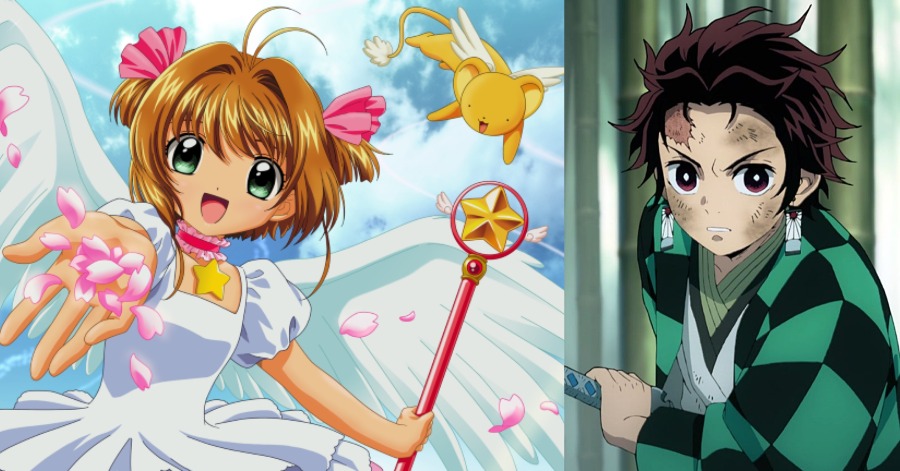 Anime is actually hand-drawn and computer animation originating from Japan. In Japan and in Japanese, anime which is a term derived from the English word animation describes all animated works, regardless of style or origin. However, outside of Japan and in English, anime is colloquial for Japanese animation and refers specifically to animation produced in Japan.

There have been so many different anime that are available to be watched by all anime lovers on Netflix. All the options make it harder to choose which one of the anime is satisfactory and worthy to watch maybe for someone that is new to watching anime. For those who might not know, these are 5 best anime that you guys can binge-watch with family members and friends on Netflix.

Demon Slayer: Kimetsu no Yaiba, aired in Japan in 2019, is one of the best ongoing anime in the 21st Century. It is getting more popular all over the world while the original manga is also winning a big market. The next story ‘Infinity Train’ is scheduled to come to the screens in 2020.

Sword Art Online is known as one of the most famous ongoing anime and light novels. The protagonist Kirito and the heroine Asuna play the MMORPG named Sword Art Online diving into the virtual reality world. The player’s brain is connected to the game physically and mentally.

Cardcaptor Sakura is a worldly known anime especially to girls, started its first season on TV in 1998. A ten-year-old girl Sakura Kinomoto recaptures the mystical Clow Card fighting with the magic of the cards. The new season Cardcaptor Sakura: Clear Card just ended up with 22 episodes in 2018.

Code Geass is a popular anime franchise in Japan, and Code Geass: Lelouch of the Rebellion is the first title you should start with. Lelouch vi Britannia stands against the Holy Britannian Empire to avenge the murder of his mother and protect his sister. The main character is presented as not a pure hero but a villain.

Demon Slayer Fans! Get To Know The 7 Strongest Members of The Hashira 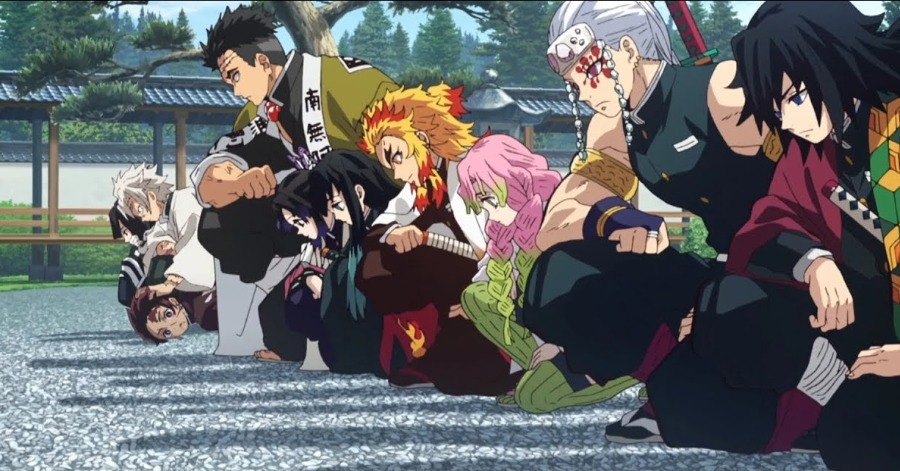 Demon Slayer: Kimetsu no Yaiba is actually a Japanese anime series. The story follows teenage Tanjiro Kamado, who strives to become a demon slayer after his family was slaughtered and his younger sister Nezuko turned into a demon. It was serialized in Shueisha’s shōnen manga magazine Weekly Shōnen Jump from the month of February 2016 to May 2020, with its chapters collected in all the twenty-three tankōbon volumes. It has been officially published in English by Viz Media.

When talking about the Hashira, it can be known as the nine overall most powerful members and also the combatants in the entirety of the Demon Slayer Corps, and also often regarded as the most skilled swordsmen among all Demon Slayers, protecting them against more dangerous threats that cannot be handled by any other Demon Slayer. Therefore, their existence literally sustains the entire organization. For those who do not know, these are the 7 strongest members of The Hashira.

Gyomei Himejima might not seem like all that powerful a fighter. The fact that he carries the unimpressive title of being the Stone Hashira means that most people won’t really take him all that seriously either. However, these people are bound to be surprised when they find out that Gyomei is actually the strongest Hashira in the entire group. Suffice to say, his destructive power will be an absolute treat to witness in the series.

Most anime viewers don’t really know a ton about Sanemi Shinazugawa. However, his wild look and demeanor should be indicative enough of just how powerful this Hashira really is. This ferocity, coupled with the cutting nature of his Wind Breathing, should make it infinitely clear that Sanemi has a ton of tricks up his sleeve. Hopefully, the anime will give this ferocious fighter the spotlight he deserves.

Giyu Tomioka has had the most valuable screen time in the anime as of now. His powers were a treat to behold, and the manner in which he was able to make short work of Rui made it extremely clear that the high-level Hashira was a force to be reckoned with. Given Tanjiro’s talents with Water Breathing, one can certainly expect him to spend a ton of time with Giyu Tomioka as he strives to improve his swordsmanship. Of course, Tanjiro’s real ace in the hole is Hinokami Kagura, and one can only wait and see how this Sun Breathing develops over the course of the anime.

Muichiro is another Hashira whose true potential is yet to be seen in the anime. That being said, manga readers aren’t worried, given his immense power, it won’t take that long for the Mist Hashira to carve out a stellar reputation amongst the fanbase. His mist abilities already sound quite alluring enough as is. Only time will tell whether these powers will be as amazing to witness in the anime as they were in the manga.

At a glance, the Love Hashira doesn’t really look like a fighter who boasts a ton of raw strength. However, looks can be very deceptive, Mitsuru Kanroji actually boasts one of the highest raw strength levels in the Hashira. Most viewers who are underrating the abilities of this Hashira will be in for a rude awakening when Mitsuri shows precisely how much power she houses in her body. After all, no mere mortal would be able to rip out Muzan’s tentacles with ease.

The Serpent Hashira hasn’t really got the time to shine in the anime. However, manga readers know precisely how much power Obanai Iguro houses. He’s easily one of the strongest members of the Hashira and can hold his own in a fight against the toughest demons around. One can only wait and see how the anime will do justice and display the massive strength of this character.

Shinobu Kocho is an effective Hashira whose worthy of being the Insect Hashira. That being said, one has to admit that she’s arguably the weakest Hashira when it comes to pure strength. However, brawn is not the only way to determine strength in Demon Slayer. Shinobu’s sharp mind coupled with the effective way in which she wields poisons in battle makes her a force to be reckoned with no matter what.