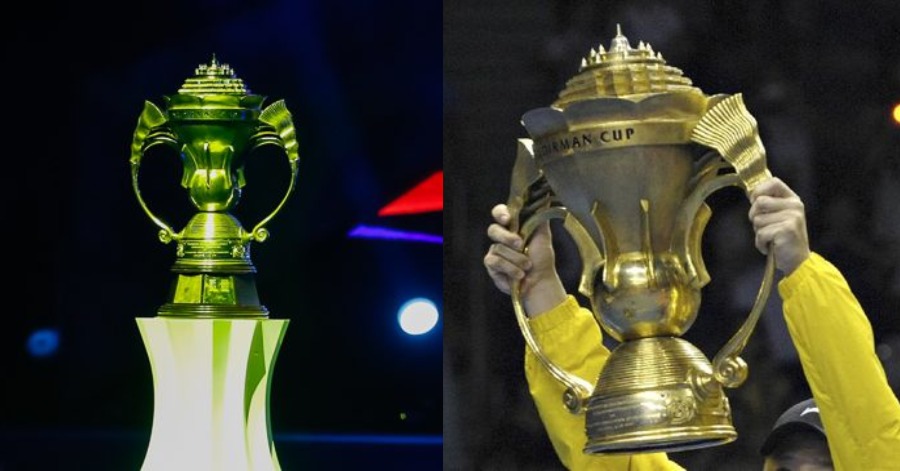 The Sudirman Cup is the world mixed team badminton championship which takes place every two years. It is held in the same venue for IBF World Championships in the same year until International Badminton Federation decided to split the two tournaments starting from the year of 2003. There are in total of five matches in every of Sudirman Cup tie which consists of men and also women’s singles, men and also women’s doubles and mixed doubles. So amazing.

For the trophy, the Sudirman Cup stands 80 cm high. It is made of 22 carats, which means 92% gold-plated solid silver, and stands on an octagonal base made of Java teak wood. The body of the Cup is in the form of a shuttlecock and also is surmounted by a replica of the Borobudur Temple. The handles are in the shape of stamens, symbolizing the seeds of badminton. Amazingly, it was made by Masterix Bandung Company at the price of US$15,000 (RM62,787).

Dick Sudirman, in whose honor the Sudirman Cup was instituted, was one of the founders of PBSI and its President for 22 years. He earned respect worldwide as an administrator with PBSI and with other governing bodies such as Asian Badminton Confederation and International Badminton Federation. Although his contributions to badminton were vast, he is also most remembered for his pivotal role in helping the unification of the world governing body.

The Sudirman Cup, like the other major trophies in badminton such as the Thomas Cup, the Uber Cup, and also the Suhandinata Cup, is an exceptional piece of workmanship. This is because, it would definitely bring together all the elements of badminton and also the cultural heritage of Indonesia, which is the country that donated the trophy.

The first Sudirman Cup tournament took place in Istora Senayan, Jakarta, Indonesia on the 24th to 29th of May in the year of 1989. Respectfully, there is actually no prize money in Sudirman Cup. All the players in the particular competition play for their respective countries and also to earn the BWF world ranking points and national prestige. 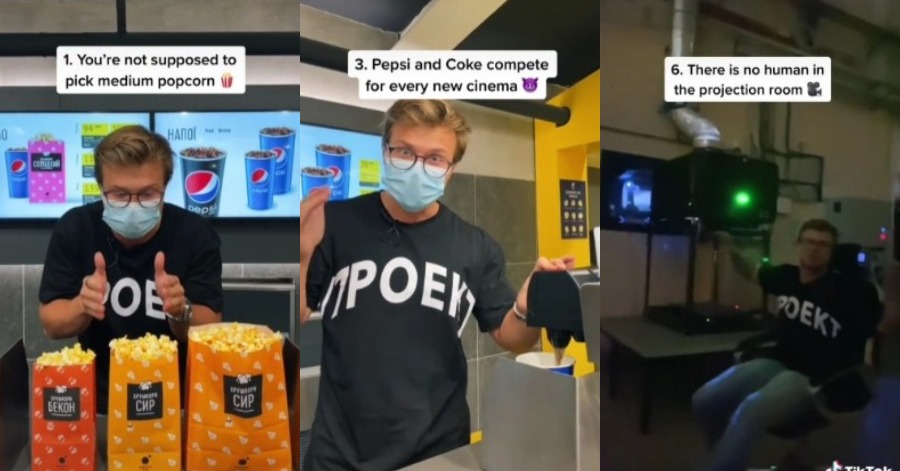 Who doesn’t love the cinema. It gives us a one-of-a-kind experience when we watch movies. Nothing beats the thrill of going to see a movie in a theatre. The large screen, surround sound, and overall mood all combine up to something quite special.

Have you ever wondered about movie theatre secrets like why the popcorn smells so good but costs so much? Have you ever wondered why drinks served in the theaters taste way better than other places? If that’s the case, you’re in luck: we’ve got the inside scoop on all the movie theatre secrets you’ve always wanted to know but didn’t know who to ask.

So buckle up for a behind-the-scenes peek at these fascinating movie theatre secrets. This information will not only save you time and money, but it will also allow you to make the life of theatre workers a little bit easier.

Most theaters have popcorns that come in small, medium, and large sizes. However, keep in mind that you are not supposed to buy the medium ones because they are just a marketing technique that drives you to buy the larger ones. Popcorns in theaters are not made using microwaves. So how do they make such a huge amount of popcorns? Simple. They drop corns into a massive machine, close the lid, and voila, 3 minutes later you get fluffy, hot popcorns ready to serve.

You can’t just eat without any drinks right. And in every cinema, the most common beverages would be Pepsi and Coca-Cola. But here’s a thing, you will not find these two brands together because they are after all enemies. Another funny thing is that in theaters, Pepsi or Coca-Cola doesn’t come from the bottles because they are made instantly. How? First, grab a cup, add some water, put some gas into it and squeeze in some Pepsi syrup. There you have it, instant soft drinks!

If you’re thinking back seats are the best choice for an amazing cinematic experience, you’re probably wrong. In theaters, the sound is more important than visual, so to get the best sound effect for your movie, choose the middle seatings.

We always thought there’s someone in the upper room right? In large cinema projections rooms, there’s no human controlling it. Cool isn’t it! There are no tape, no human control and its all fully automated.

One reason why cinema screen is super expensive is that it has a thin layer of silver on top of it. The function of this layer is to reflect the light properly against the projector.

Amazing isn’t it. What we thought about cinema has brought a twist! 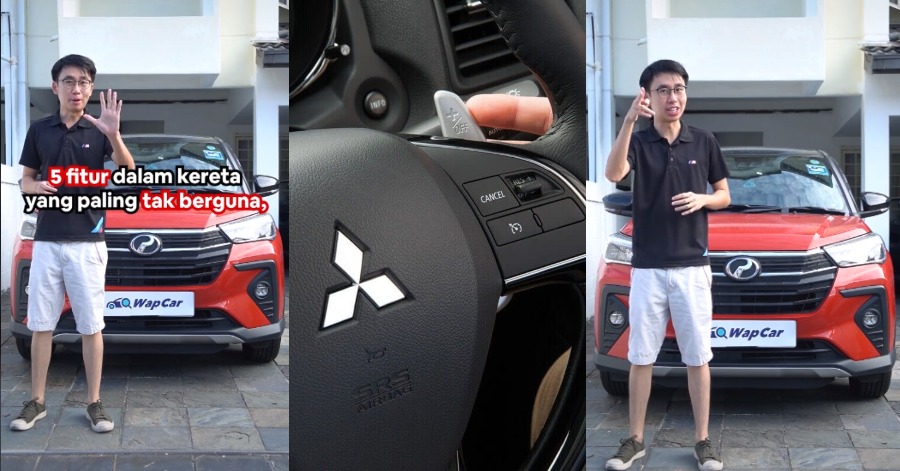 Cars are essential, the biggest tech toy you will ever own. Carmakers have worked hard to pack their models with the latest generation of in-car tech in recent years. Many of these new-fangled features are really helpful and provide consumers greater levels of safety, comfort, and connectivity. Even with all of the technologies, there are actually features that are less useful for users. In fact, a lot of features in cars over the years can be considered unnecessary.

A lot of the technologies included in cars have been placed there simply because engineers could squeeze it into the vehicle and also manufacturers could then charge a premium for it. Such a waste for us to pay for things that are just annoying to be installed in the car. Some useless features in cars have been mentioned in a video. These are 5 of them.

5 most useless features in any car:

The knock-on remote car auto start-stop is that they can damage any vehicle’s battery. If there are not installed properly, it is easy to ground out one of the wires and drain your battery prematurely. The starter also needs to have a safety switch so that there is no damage to the electrical system. It is also such a waste if you have to always change your vehicle’s battery all the time even you are saving your fuel by using the auto start-stop features.

A sunroof will give you a sense of open air and freedom. You can definitely enjoy the view of the sky. The openness of sunroofs cannot be compared with a car with a completely enclosed space. The disadvantage would be that the cabin would be so hot during the day.

The system of auto parking is going to be so slow rather than the normal way of parking. Users of the car might even have to experience receiving a honk from other drivers that are waiting for the auto parking to finish. All in all, it is easier and also faster to just park your car manually.

4) Powered Seat That Does Not Have Memory Function

If you are sharing your car with other people, these features could be such a burden for you and also other people. The time taken to change the seat according to your comfort would take so long rather than to just fix the seat manually and using the normal way.

These features help the users to control the gear and also to make your car look more sporty. Unfortunately, 90% of car users do not realize that they even have paddle shifters or they do not really know how to use them.

Now You Know! 7 Things Everyone Probably Forgot About AE86! Toyota AE86s, also known as Hachiroku (eight-six), are essentially typical 1980s Japanese automobiles to the untrained eye. While this was true when it was first launched almost three decades ago, it has now evolved into something far more interesting.

Above all, the AE86 is a wonderful car in which to learn about the nature of the rear-wheel drive, thanks to its classic RWD balance and graceful, mechanical simplicity, which has drawn drifters to it. It’s nearly 30 years old, and it shows in certain ways, while it could still teach some newer sportscars a thing or two about handling.

The Toyota Aiichi region of Japan is home to Toyota. According to Investopedia’s market study, it was founded by Kiichiro Toyoda and is now the world’s largest vehicle firm. Toyota has produced a variety of cars, trucks, and SUVs, as well as numerous concept cars, since its foundation, the majority of which are still on the market while some have been discontinued for various reasons.

With that, here are 7 things everyone probably forgot about Toyota Corolla AE86

The AE86’s popularity in Japan earned it the nickname “Hachi-Roku,” which translates to “Eight-Six.” The AE86 is one of the most heavily modified cars in automotive history. With largely speed or drifting changes, as well as cosmetic upgrades, of course.

The AE86 became popular with Japanese hashiriya (Japanese street racers) in the mid-’80s, who raced in the Japanese mountain passes. The AE86 was the car of choice for Japanese racing star Keiichi Tsuchiya, popularly known as The Drift King, who helped promote the sport of drifting during this time. The AE86 was dubbed the Drift King’s Chariot at one point. Keiichi used the AE86 to show off the new sport of drifting on Japan’s mountain routes. In a video titled The Drift Pluspy, he demonstrated these abilities as well.

The Toyota AE86’s reputation gained a starring position in the “Initial D” franchise, which is one of the few items or platforms that can improve a car’s appeal. Initial D, a manga about a young street racer and his AE86, was a huge hit. Numerous animated programs, films, and even live-action versions have been based on popular comics. They all had one thing in common, though: the Toyota AE86 in the heart of the action, winning hearts as it sped through the highlands and glided around tight turns. The popularity of Initial D increased the price of the Toyota AE86. This price increase is jokingly referred to as the “Takumi Tax,” after the main character in the film “Initial D.”

Fast & Furious is a racing and high-adrenaline film franchise that has lasted for over a decade. Fast and Furious: Tokyo Drift is one of the films. The AE86 had a brief appearance in this film. When Sean races DK in the parking garage, an AE86 Panda Trueno, famous for being the car of Keiichi Tsuchiya (Drift King of Japan), is placed prominently on a corner. Many automotive enthusiasts were ecstatic because they immediately recognized the vehicle.

5. Known by its codename

It’s unusual for a car to be better known by its factory code name. The majority of automobiles are identified by their model names, such as Camry, Mustang, and Camaro. Corvette, for example. This is not the case with this car, as practically everyone refers to it as the AE86, or even its Japanese version, Hachi-Roku.

Chris Hodgetts won the British Touring Car Championship in 1986 and 1987 while driving a Toyota AE86. In 1988, the AE86 won the European Touring Car Championship. It became well-known in the British and European music scenes as a result of these records. The lightweight Toyota AE86 won the Manufacturer’s Championship by defeating automobiles like the BMW M6, Volvo 240 Turbo, Mazda 929, Holden Commodore, Alfa Romeo 75, and Mercedes 190E 2.3-16 with its 150 horsepower output.

The AE86 didn’t sell well in the UK or continental Europe when it first came out, but it sold well in the United States (because of the size of the market) and Ireland, with the latter’s large rallying following no doubt a deciding factor. The AE86 evolved from a well-kept secret to a cult favorite over time, and as energetic, rear-wheel-drive compact vehicles faded away, the value of used AE86s began to rise. It is well understood that owning an AE86 entails more than just driving the car. It’s a way of life. The cars require virtually continual maintenance, repairs, and upgrades due to their age.