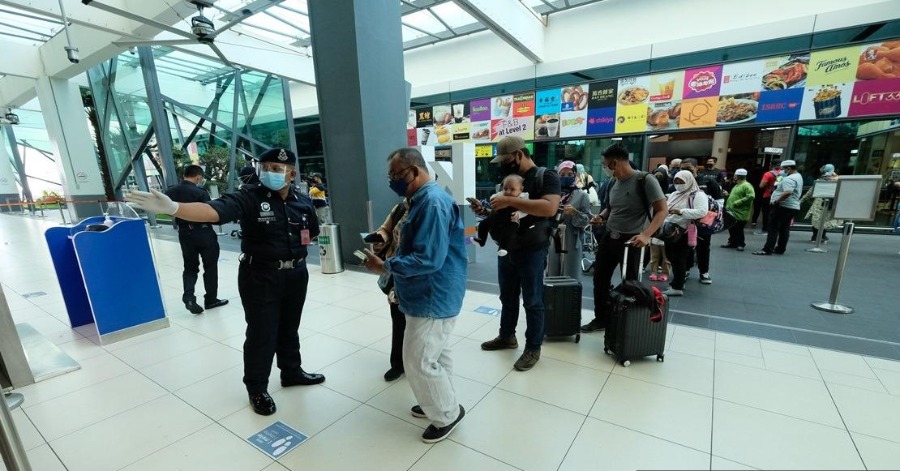 KUALA LUMPUR, Oct 18  — Malaysia Airports Holdings Bhd’s (MAHB) domestic passenger movements in September surged by 74 per cent from the preceding month, driven by the success of the Langkawi Travel Bubble and the progress of the National Recovery Plan (NRP).

The total passenger movements for Malaysia jumped 55 per cent to 458,000 passengers last month from 362,000, it said in a statement today.

“Domestic aircraft movements increased by about 20 per cent last month as well compared to August, registering more than 10,000 flights. Malaysia Airports is optimistic that the encouraging travel trend will continue with the lifting of the interstate and international travel restrictions,” it said.

MAHB said the success of the Langkawi Travel Bubble during its initial implementation between Sept 16 and 29, 2021, recording about 37,000 passenger movements for the group.

“Local airlines also benefitted from it with AirAsia recording the most aircraft movements with 176 flights and commanding the majority of the average seat factor at 64 per cent during the same period.

“The upward trend is further boosted by the lifting of interstate travel restrictions this month that applies for all areas nationwide except those still under the Enhanced Movement Control Order (EMCO),” it said.

“ISG continues to show strong recovery, driven by accelerated vaccination rollout rates and border relaxation in Europe. Ranked among the top countries with access to vaccine, Turkey projects a high inoculation rate of the nation to achieving public immunity by end of 2021.

“Not only is 74.5 per cent of its population have been fully vaccinated but the country will be rolling out the mass production of its own developed COVID-19 vaccine, Turkovac this month, further intensifying its efforts to return to normalcy,” it said.

As for the group’s cargo operations, MAHB said it welcomed China Central Longhao Airlines to KLIA last month as the airport operator continued to validate air cargo’s increasing importance within the local aviation landscape, especially in light of the pandemic’s devastating impact on the industry.

“The Chinese cargo carrier operates the Shenzhen-Kuala Lumpur route with a tri-weekly service. Total cargo operations for Malaysia Airports till September saw a 24 per cent increase from the same period last year, which is approximately 726,800 metric tonnes. It remains an important vehicle for aviation and economic recovery,” it added.