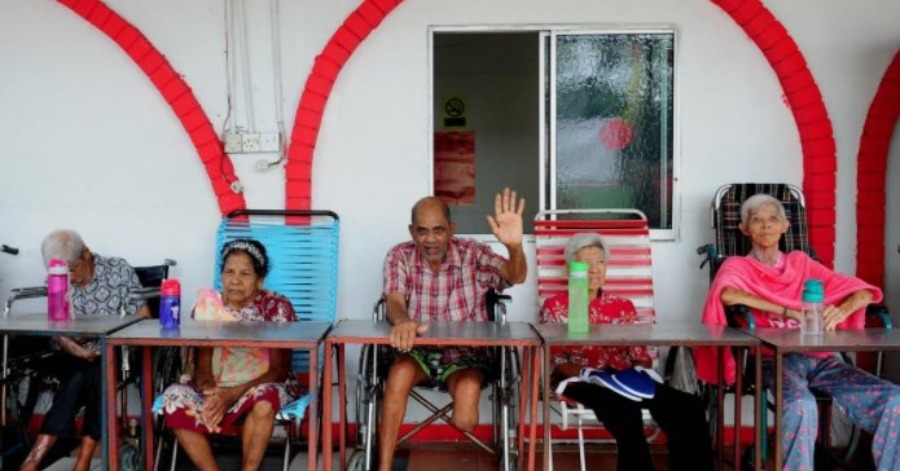 KUALA LUMPUR, Oct 4 — The Securities Commission (SC) has joined the call of the government and authorities on the need to address the issue of the country’s ageing population coupled with the shortfall in retirement funds.

Citing the SC Capital Market Masterplan 3 (CMP3) launched on Sept 21, 2021, the ageing population issue is deeply concerning and, if not addressed, would become a serious social problem with political consequences.

LOW WAGES CAUSE FOR CONCERN

Institute for Capital Market Research (ICMR) chairman Tan Sri Dr Munir Majid said Malaysia will be transformed from an ageing nation to an aged nation in just under 25 years, while it took France 115 years, Sweden 85 years and the United Kingdom 45 years to reach that state.

He explained that, unlike Malaysia, those countries had adequate time to develop and prepare by increasing per capital efficiency and gradually raising the retirement age.

“Even so, they are struggling and Malaysia will struggle even more if we do not address this matter urgently.

“We have low retirement coverage, inadequacy and sustainability challenges, exacerbated by the COVID-19 pandemic, with withdrawal facilities from the Employees Provident Fund (EPF) allowed for short-term immediate relief but with longer-term damaging effects,” he said.

“One long-standing cause of this lack of adequacy is the low wages in Malaysia.

“Even before the pandemic, Bank Negara Malaysia (BNM) had highlighted that income received by Malaysian employees does not commensurate with the value of output they produce,” he said.

Munir added that up to 27 per cent of households in the Klang Valley, for instance, earn below the “living wage”, which is the minimum income necessary for a worker to meet their basic needs.

Concurring with Munir, University of Hong Kong, Asia Global Institute distinguished fellow, Tan Sri Andrew Sheng opined that the problem with an ageing society is that retirement funding is never enough because of longer life expectancy.

Besides, the younger generations are also financially dependent on their parents.

“Malaysia actually has a good EPF system and the civil servants have very good pension schemes but the real issue lies with those who do not fall into either category,” he said.

Sheng also said there are various options by the government, such as private pension funds with tax incentives, but those at the lower-income level simply cannot afford higher contributions.

Meanwhile, Financial Planning Association of Malaysia (FPAM) chief executive officer, Linnet Lee said if Malaysia were to continue in this trajectory without intervention, the government’s social welfare may be financially burdened and affect the quality of support and care.

Citing a study conducted by Universiti Sains Islam Malaysia on the impact of the ageing population in Malaysia, Lee said a 10 per cent rise in the population aged 60 years old and above declines the growth rate in the gross domestic product (GDP) per capita by 5.7 per cent.

“The findings also show that the decline in labour force participation and productivity is caused by the rise in the ageing population and the dwindling economic growth,” she said.

Lee suggested the people step up by putting more in EPF or Private Retirement Schemes (PRS), a voluntary long-term savings and investment scheme designed to help you save more for your retirement.

“This entity will not only plan your retirement savings but also help to prioritise your life goals using suitable financial products.

“PRS consultants, unit trust consultants or tied agents are able to recommend suitable products for your retirement depending on what is allowed by their principals.

“They can either focus on one product or various related products,” she said, adding that of the investment tools mentioned above, some Malaysians believe in having a suite of properties to provide passive income while others may invest in stocks and bonds.

Moving forward, she said Malaysians themselves must also have the skills in managing their finances pre and during retirement.

Munir believes that to overcome the issue of an ageing population and inadequate retirement funds, the whole ecosystem needs to be addressed.

“It must be addressed fast and in a holistic manner to include also the healthcare system because health costs will drain the already paltry retirement earnings as people live longer,” he said.

Although there is a committee in government looking into the retirement issue that involves EPF officials, it does not have the inclusiveness for the holistic approach that is necessary, opined Munir.

At the onset, he said the private sector and research institutions such as ICMR should be involved to help ensure an all-of-society solution that takes into account the issue of low wages, underemployment, the decline in salaries and wages, particularly among those in the 20 to 29 age bracket.

In order to seriously address the structural issues, policymakers would need to assess the entire retirement system holistically, said Munir.

“They would have to address low wages, underemployment and lack of coverage as well as taking into account shifts in demographics, social trends and future of work.

“The current retirement system was designed in the colonial era and based on traditional notions of long term stable employment with a single income stream, and employers providing social security benefits,” he added.

He said change must come with the change in the economic and social landscape.

“A more holistic retirement system may be linked to all forms of income (as opposed to a single job), be it through formal employment, informal/self-employment, or a combination of both.

“Reviewing the pension system is an arduous task (and we are not even talking about the public sector pension scheme which has a different set of problems weighing down the national budget).

“There will be a need to buy-in from different stakeholders including various ministries, regulators, government agencies, government-linked investment companies, trade associations and unions, as well as the broader private sector,” he said.

MALAYSIA HAS MANY POSITIVES TO CLOSE THE GAP

According to Maybank Kim Eng chief executive officer (CEO) Ami Moris, capital market leaders need to continuously work to enable employees and clients to understand the impact of starting to save early and often.

“That being said, it is not always easy but Malaysia has many positives in our favour to close the gap, namely a ready and willing workforce, an EPF infrastructure that is efficient and productive as well as investment products and platforms options,” she said.

She also said there is a need to ensure all employers and employees align around the core infrastructure and utilise the multitude of other options available to continue to save for retirement.

Besides that, Ami said the government could also encourage more savings to close the gap through voluntary contributions.

“For instance, extend the tax relief for PRS contributions or by introducing a policy of statutory contribution by self-employed or gig workers, as well as retirement literacy programmes,” she said.

On a long-term basis, she believes that creating high-income jobs and raising the income level for all Malaysians would ultimately boost savings.

At the same time, she said with the additional RM45 billion COVID-19 Fund for 2022, there will be a continued support system and safety net including cash handouts, welfare assistance and wage subsidies for households and individuals adversely affected by the pandemic.

These would mitigate some of the economic impacts in the near term, said Moris.

On the other hand, Minority Shareholder Watchdog Group CEO Devaneson Evanson said the approach should be a shared responsibility between the state and the individual.

He said the state would endeavour to bridge this broadening divide through various policies, whilst the individual must be disciplined enough to save and practice delayed gratification.

“The main challenges that pension funds will face in the near term are getting higher yields and capital appreciation on their investments.

“They must be prepared to go global in search of higher yields and capital gains while being aware of their risk appetite,” he said.