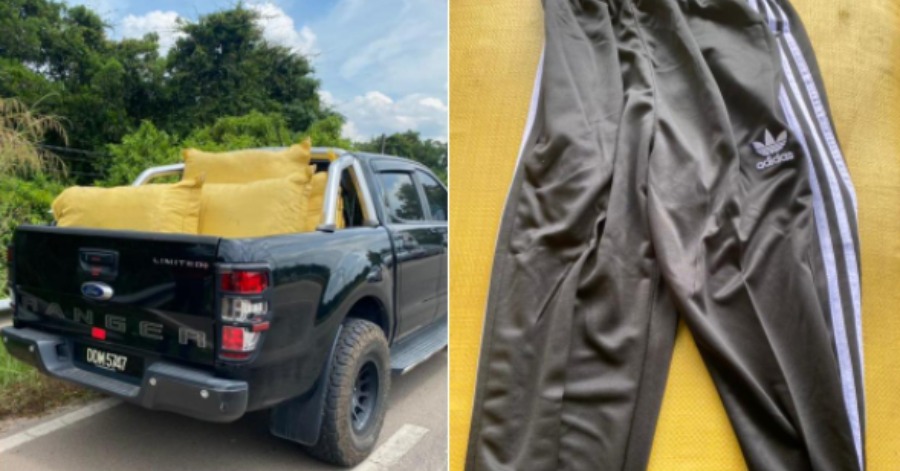 RANTAU PANJANG, Oct 17  — The General Operations Force (GOF) seized 1,149 pieces of trousers, which are believed to be imitation products of the Adidas sportswear, worth RM80,430, from a four-wheel-drive (4WD) vehicle along the Rantau Panjang-Pasir Mas Highway here yesterday.

Its Battalion 7 commanding officer Supt Azhari Nusi said the black Ford Ranger 4WD was stopped during a patrol by GOF members in the Rantau Panjang sector at 2 pm.

A 31-year-old man, who was at the wheel of the 4WD,  was detained for investigation, he said in a statement today.