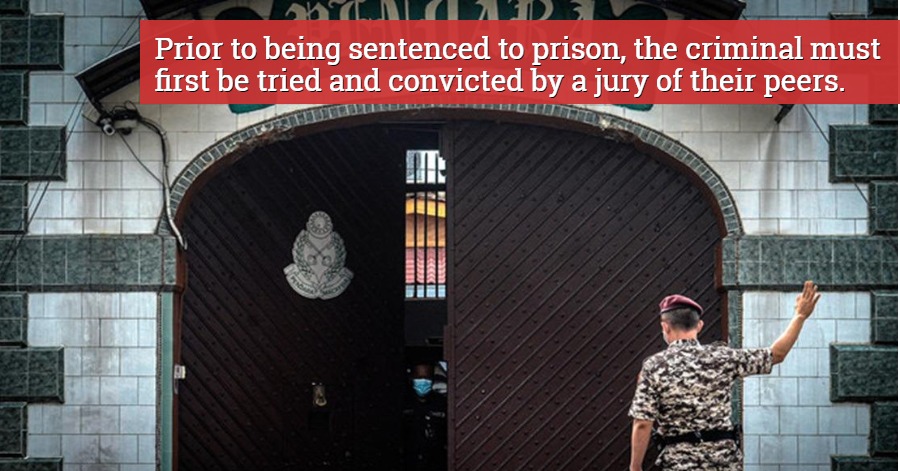 Prison life is not something anyone wants to experience. However, without choice, some people have to due to the bad choices they make in life. Prison may sound like a place with many people, just like hostels but life there is never easy. Starting from the day you set foot in prison, your entire life is about to change for good.

Here’s what to expect for the first 24 hours in prison:

Prior to being sentenced to prison, the criminal must first be tried and convicted by a jury of their peers. When the offender hears the words “you have been sentenced to prison,” they are immediately prepared to be sent to their new home. The inmate is brought to the prison using vehicles such as a bus, a van, or other security vehicles. When the inmates arrive, the intake process begins, which might take many hours.

Armed guards lead the shackled prisoner from the truck to the reception area. And things will inevitably become inconvenient and severe. First, the identity of the prisoner is verified and entered into the system. This is done so that the prisoner’s every move and activity can be documented while he or she is incarcerated.

Fingerprints and mugshots are taken and placed into a government database when a prisoner is initially apprehended. Some prisons, on the other hand, will go through the same procedure for their personal records. The inked finger of the prisoner will be imprinted on paper and scanned into the facility’s record system. 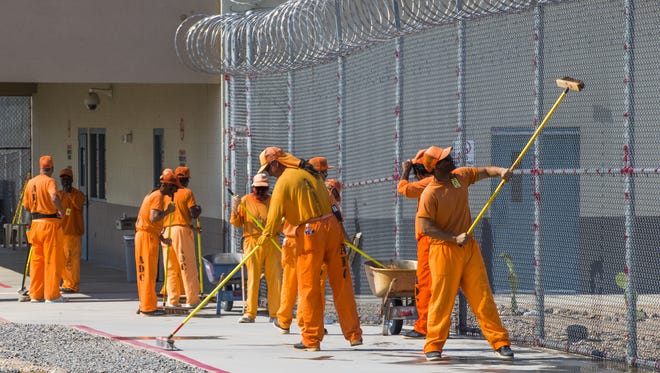 They will go through a brief orientation on the do’s and don’ts in the prison once all of the information has been recorded. There will be more rules later, but the prisoner will be asked to strip naked for security reasons. To make sure the prisoner isn’t hiding anything, the guard traces their fingertips from head to toe, including the sensitive areas.

The next step in the procedure is to get a new outfit. There are no expensive clothes or comfortable attire to be found here. The prisoner will be outfitted in standard-issue clothing and taken for a quick medical examination. All the examination results will be recorded and the prisoner will be sent to a holding room. The prisoner will receive further information about their stay in prison from one of the prison administrators. Prisoners will receive a bedroll that contains a towel, sheets, blanket, and shoes. So basically, a third of the 24 hours goes for registration purposes.

That’s only the beginning. The prisoners will then be led through the facility and it is not like a walk in the park. Some prisoners are really mean and what they’ll probably do is call names or harass any new prisoners walking by. Before matching cellmates, most prisons claimed that they do a background and personality check-up before pairing prisoners as cellmates so that they are compatible. But it’s not always someone who gets a nice call mate because some people are beyond what one can handle.

For new prisoners, things might get tricky. Conversation can really take a quick turn if one isn’t careful enough. Guard may be there for a while but once the door shut behind them, every prisoner is on their own. And prison isn’t a holiday or leisure spot where you can laze around. You still have to do work. Prisoners are assigned to do various chores like washing the dishes or doing the laundry. Often new prisoners are given a lot more chores until the work time is over.

Most newbies in prison would want to be left alone but in most prisons, that rarely happens. Sometimes they have to deal with other prisoners who claimed to be the boss or superior person in the cell. Sadly, there’s nothing one can do about being bullied or picked on. Prisoners are also given recreation time. Some prisoners who were interviewed said that the first day is the day they keep their heads down and wait till the day is over because the days to come to keep getting nastier.

Another part is during shower time. Newbies would try to avoid it but do not have the chance as hygiene is very much recommended. It’s not like everyone has their own toilet because prisoners shower together and new prisoners get picked on easily too.

After shower comes the mealtime. Meal timing can be different. Sometimes breakfast is at 11 am and sometimes dinner can be at 3 pm. So there’s no snack or in between meals and prisoners will have to wait till the same time the next day. Food is definitely not like how you would imagine. and sometimes, newbies won’t have enough resources to order from the commissary during their first day in prison. Hence, they have no choice but to eat from whatever the menu offers on that day.

Using the bathroom is also another issue and also a messy issue. Toilets are placed in their cell and there is no privacy, which means your cellmate will be right there when you are doing your business. It really feels awkward and embarrassing but that’s how it is in prison. Sometime after dinner, prisoners are given assigned activities by medical professionals which include alcoholic anonymous, religious meetings, anger management, and many other programs specified for prisoners. For new prisoners, are most likely not to join this activity but instead spend time watching television (if they have one), reading, or writing letters.

When the day is almost over, prisoners are sent back to their cells with the door locked. The lights will be kept on since the guards would do their rounds to check on all the prisoners. And then, the light goes off leaving prisoners in a quiet and maybe spooky environment till they fall asleep, that is if they are able to.

Basically, the first 24 hours of prison life are very lonely. They wouldn’t know anyone during their first visit and existing prisoners are not very welcoming. And nighttime isn’t always pleasant. Sometimes, new prisoners hear stories of other prisoners or sounds of prisoners losing their minds. And the same thing keeps repeating until one’s sentence ends.