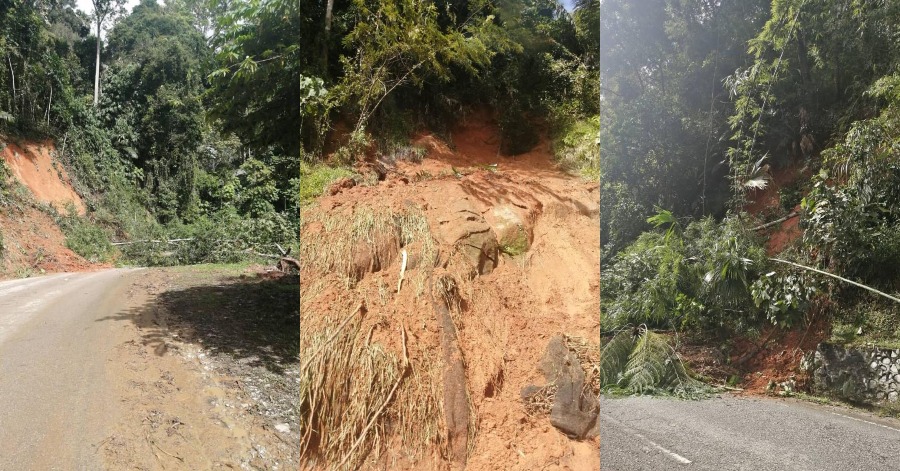 “Emergency works are being carried out on site and the temporary closure of the road is necessary to ensure the safety and comfort of road users in the future,” Cameron Highlands District Public Works Department (JKR) said in a statement today.

“Road users are advised to be cautious and to follow any instruction issued to avoid untoward incidents,” it added.

The landslide affected the stretch between Batu 25 and Batu 26 of Jalan Tapah-Cameron Highlands, cutting off traffic on both sides of the road.

“Both sides of the road were blocked by fallen electric poles. However, the incident did not cause damage to any other property,” he said.

In a statement issued later, Wan Azharuddin said signboards on the road closure had been erected at Bt 4 Jalan Pahang, and those intending to go to Cameron Highlands were advised to use alternative roads.

“However, residents living along the route until Bt 20 can still use the road. They are advised to be careful when travelling on that stretch,” he said.