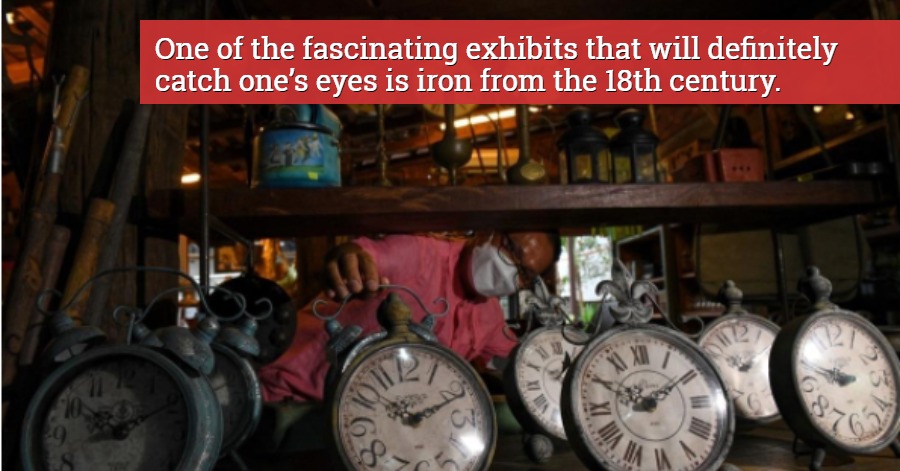 BUKIT MERTAJAM, Dec 1  — From the outside, Muzium BM (BM Museum) looks like a majestic traditional house of the Malay community located in Kampung Tanah Liat. Once inside, it is a jaw-dropping experience for visitors with fascinating collectables that date back as far as 18th century.

One of the fascinating exhibits that will definitely catch one’s eyes is iron from the 18th century. There are also other collectable items that reach the age of 100 years including a record player, camera, swords, telephones, typewriters, radios, pottery, war tools and others.

The owner of the museum, Yong Kein Sun, 60, said the humble iron, which has been used since the 18th century, was discovered in Myanmar when he visited the country a dozen years ago.

Shaped like a water dipper, the iron is estimated to weigh about 3 to 4 kg. The handle is made of wood while the rest  is made of iron which is a receptacle to place charcoal to heat it.

“In Malaysia, it is quite difficult to find items like this. Sometimes, when I hear of people moving houses, I will buy these old items that they do not want to keep, or it is to be shared with other antique collectors for exhibition for the next generation,” he told Bernama when met at the museum.

He added that 20 per cent of the exhibits at the museum were hereditary from his family while another 80 per cent were scoured from neighbouring countries such as Myanmar, Thailand, Vietnam and the location where the most antiques are found, Indonesia.

Yong called Indonesia a treasure trove to find antiques such as record players, cameras, calculators, the now quaint typewriters and so on, from the former Dutch colony.

Apart from that, he also collects antique vehicles, such as bicycles, cars and motorcycles and even horse-drawn carriages and rickshaws which can be seen in the outdoor exhibition space at the museum.

“I used to have more antique car collections but they are difficult to maintain.

“So I gave them to an antique collector in Johor because he was willing to look after these cars. For me, so long as they (recipients) take pains caring for these items, that is reward enough for me because this is a treasure of love that we can share with future generations,” he said.

He also shared his frustration as a genuine collector of antiques, among which the fact that the items are at risk of being stolen due to their high value in the market.

“In the past, I used to collect old banknotes and coins from several countries but they were all stolen. So now I prefer to collect antiques that are larger in size to reduce the risk of being stolen,” said this practical collector.

Open daily since 2010, the BM Museum displays antiques collected over the past decades to the public free of charge. Yes, you heard right.

“I purposely do not charge any fees from visitors because for me, I’m keen to share my interest with the public, especially young people. I am satisfied with that. Many of them do not know what these items are and their uses… after being explained, they look excited,” he said.

In the meantime, Yong said the BM Museum often received visits from schools in the state, groups of motorcyclists as well as tourists from abroad, especially fans and hunters of antiques.

From a young age, Yong, who hails from Berapit, Bukit Mertajam, harboured an unusually deep interest in antiques and started collecting antiques when he was in his early 20s.

He said the antiques were kept in his house till he ran out of space.

Soon, his eyes were on a piece of land in Kampung Tanah Liat to build a museum inspired by traditional Malay houses with an area of ​​more than 1,500 square feet, using 100 per cent wood and employing the services of time-honoured woodcarvers to highlight its original architecture.

To date, Yong has no intention of charging any fees to visitors or even shuttering the museum despite dishing out at least RM2,000 per month for the museum’s maintenance.

The BM Museum opens daily except on festivals, from 9 am until 7 pm.

In this article:BM Museum, collectables, past 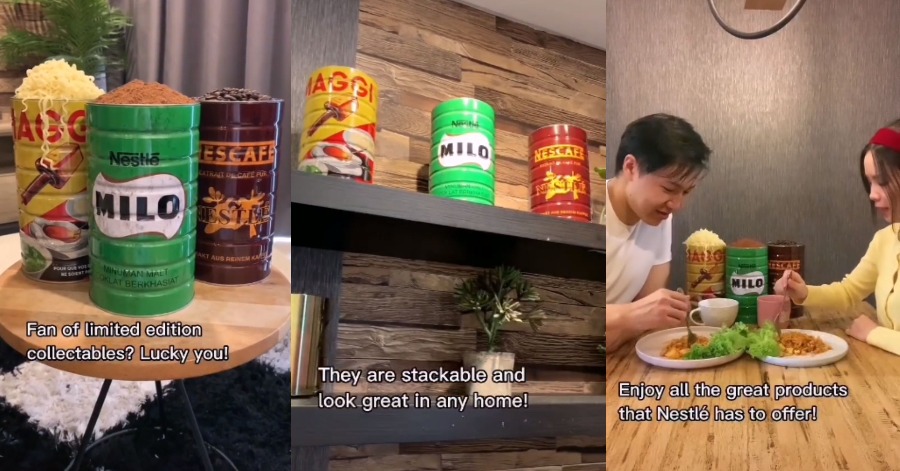 Nestle is actually a famous Swiss multinational food and drinks processing conglomerate corporation headquartered in Switzerland. It is the largest food company in the...