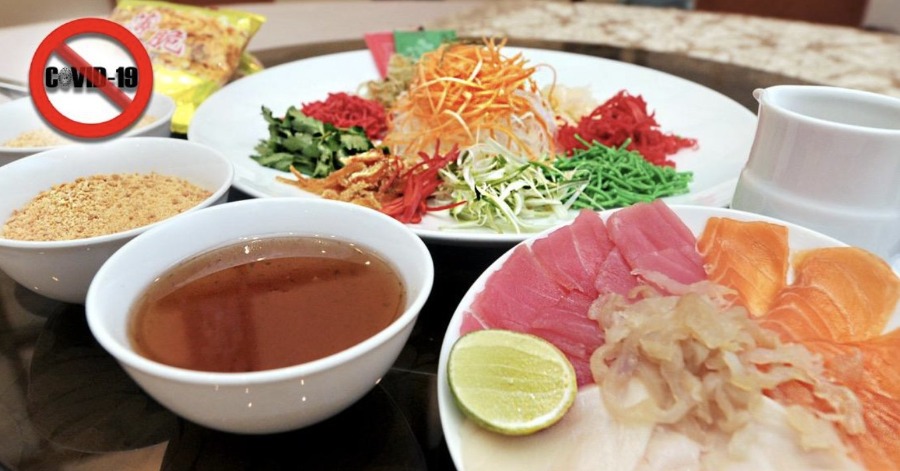 KUALA LUMPUR (Bernama) — The Chinese New Year reunion dinner, which marks a family gathering on the Lunar New Year’s eve, is undoubtedly the most important part of the celebration for the community.

At the family dinner, symbolic “lucky” dishes such as seafood, dumplings, Nian Gao (sticky rice cake) and spring rolls, are served, and in abundance too, as the abundance is believed to bring prosperity into the new year.

(‘Shousui’ is to keep watch over the year. In the past, Chinese people used to stay up all night, but now most of them remain awake only until midnight firecrackers and fireworks die down).

But wait. While enjoying your reunion which serves to renew and strengthen familial bonding, your stomach is making some strange noises, and you feel a little nauseous and discomfort, because of the bloated feeling and heartburn.

You may start to have diarrhoea, and looking around you are not the only one. These are the symptoms of food poisoning – an awful way to ruin the auspicious occasion or you might spend your Chinese New Year in hospital.

“Patients will also have nausea that prevents them from eating or drinking water to correct dehydration but children will end up worse if there is severe vomiting,” he told Bernama recently.

He said normally, food poisoning is caused by poorly cooked or uncooked meat and shellfish infected by bacteria called Salmonella.

“The other source that is often not appreciated is the water we drink, which can be contaminated by Escherichia coli (E. coli), Staphylococcus and other bacteria or viruses if not boiled or filtered.

“We do see cases of Salmonella species causing food poisoning presenting with diarrhoea, vomiting and fever. Non-typhoidal Salmonella is often seen in meat that have been left in the open for some time, in partially cooked contaminated eggs, etc. Staphylococcus can also cause food poisoning.

“If a person preparing the food has rotavirus gastroenteritis, he or she can spread the virus to others,” he said.

He said Salmonella is a pathogen that often causes food-related symptoms such as fever, headache, nausea, vomiting, intermittent constipation with diarrhoea, and abdominal cramps.

“The word ‘Salmonella’ is actually used for both the bacteria and the disease it causes.

“Most people refer to Salmonella as food poisoning, as the source of infection usually comes from food, with symptoms appearing within 12-72 hours.

“Although there had been isolated cholera outbreaks, we have not been seeing them. Viruses can also cause diarrhoea and vomiting. Sometimes even influenza presents with these symptoms in addition to fever and runny nose or cough,” he said.

According to the Ministry of Health (MOH), food poisoning cases in this country are still under control with 288 cases reported in 2020 and 123 cases until September 2021.

Its minister, Khairy Jamaluddin said the ministry is implementing various Food Quality and Safety programmes, to ensure that the food and raw materials at the local markets adhere to the Food Act 1983.

Dr Zulkifli, who is also a visiting consultant at KPJ Damansara, said those who “unfortunately” experience food poisoning during Chinese New Year  are advised to use oral rehydrating solutions to balance the electrolytes in the body so that they do not end up with low sodium dehydration.

“The main danger in food poisoning is dehydration, so it is important that we keep drinking and eating bland food with carbohydrates if infected. Stop all the alcoholic and soft drinks which cause more bloated feeling and make the diarrhoea worse.

“For diarrhoea, it can be stopped by taking anti diarrhoeal medication for adults but this is not advisable for children.

“Medication for vomiting should also be used judiciously in children and prescribed according to the individual child’s weight,” he said.

He said if all these are uneffective, there will be no choice but to rehydrate intravenously through an intravenous (iv) line inserted into the vein in hospitals or clinics.

“In children, the drip rate is calculated based on the individual child’s weight and level of dehydration that needs to be corrected. Some doctors will prescribe probiotics specific for diarrhoea, but this is based on individual preferences,” he said.

He said food poisoning is a notifiable disease and doctors are obliged and mandated to report to MOH.

“The ministry will do investigation and contact tracing. Restaurants that are found to be the source (of food poisoning) will be penalised and some will be closed for cleaning if the outbreak is large enough.

“In fact, MOH should monitor the food delivery services as they are the distributor and medium between the merchants and consumers, which could be the source of infection to the individual receiving the food,” he said.

“During the festive season, people will be eating out in restaurants and stalls. Just be wary of any uncooked or half-cooked food, especially fish, beef, chicken or pork.

“Uncooked vegetables also need to be properly washed if served fresh as salad. Just be careful about the water that is served, drink if the water is boiled or if there is a reliable filter,” he said.

“Don’t let meat drips onto other food, use separate chopping boards and knives for prepping meat, and wash hands after touching raw meat to avoid contaminating other food,” he said.

For seafood, he said, make sure it is promptly refrigerated or frozen immediately after purchase and eat within two days if refrigerated.

“Choose the fish with bright eyes but not red eyes, usually red-eyed fishes with stinky smell are not fresh.

“Buy raw clams, oysters, and mussels only from reputable markets. When you leave the seafood market, keep your seafood cold. Leaving groceries in the car on a hot day speeds up spoilage and may make seafood unsafe to eat,” said Lee.

He said seafood should immediately be placed in the refrigerator after returning from the seafood market.

“Fresh seafood should be wrapped in “cling wrap” or store in airtight containers. Store fresh, pasteurised, or smoked seafood products at 32 to 38 degrees fahrenheit,” he added.

“To maintain its freshness, you can squeeze some lemon juice or lime or vinegar to reduce the stinky smells,” added Lee. 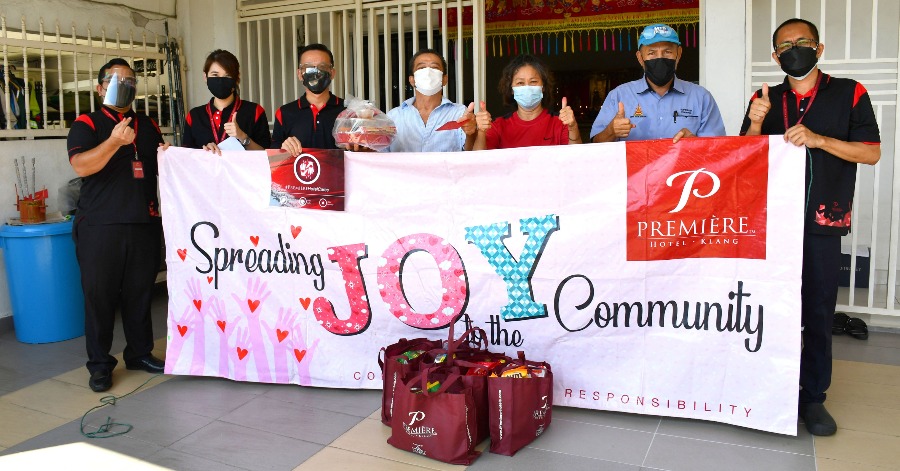 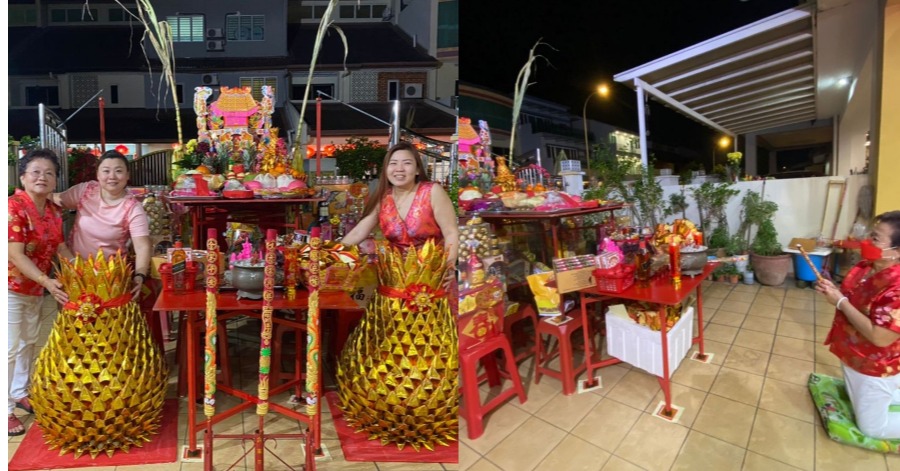 A Celebration Fit For An Emperor

KUALA LUMPUR (Bernama) – Ti Gong Dan or the birthday of the Jade Emperor is among the significant events observed during the 15-day Chinese New Year festivities.... 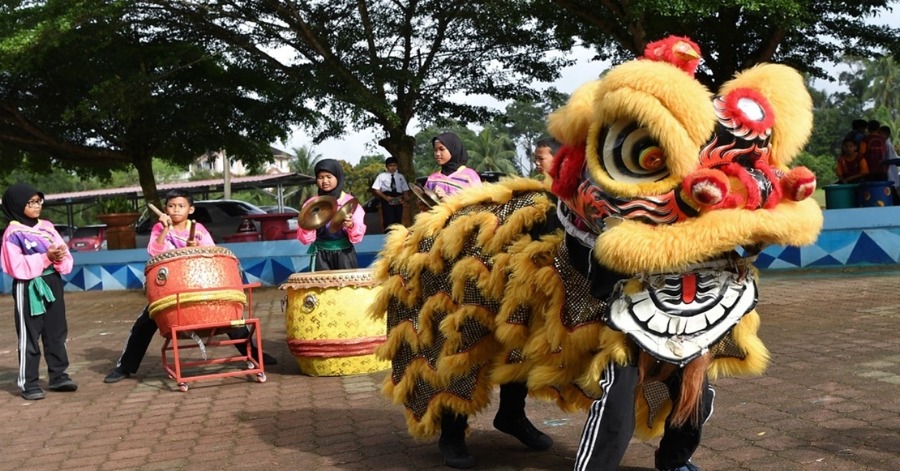 KUALA LUMPUR (Bernama) – Not having performed for nearly two years due to the COVID-19 pandemic, lion dance troupes are raring to mesmerise the... 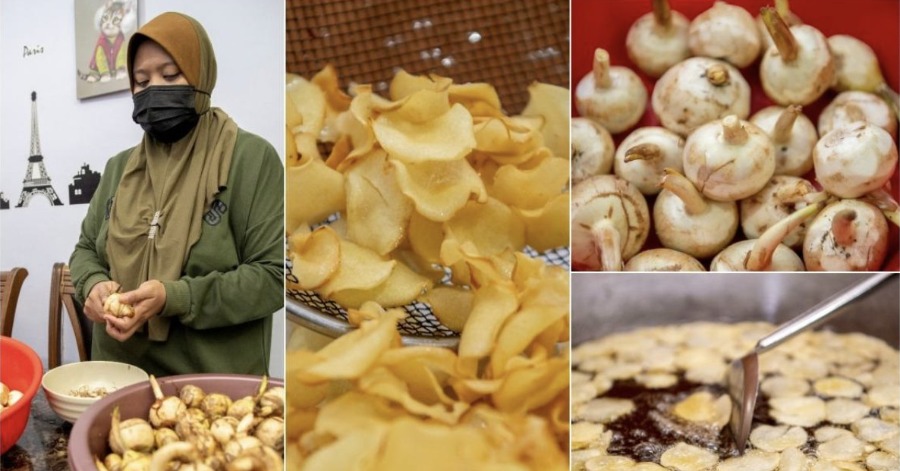 KOTA BHARU, Jan 26  — With the approaching Chinese New Year celebration, “kerepek ngaku” or “Chinese Arrowhead Chips” is definitely the choice snack for the ...