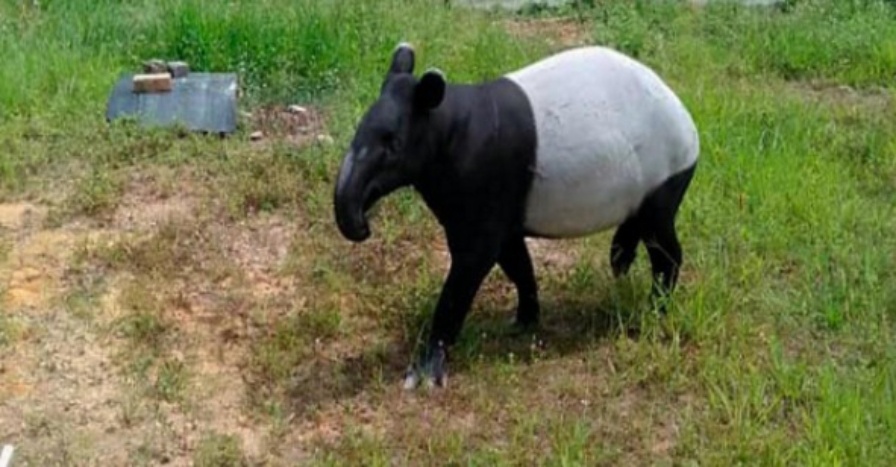 KUALA LUMPUR,  April 27 (Bernama) — The Energy and Natural Resources Ministry (KeTSA) calls on all quarters to play their role in the conservation of Malayan Tapirs in conjunction with World Tapir Day today.

Its minister,  Datuk Seri Takiyuddin Hassan in a message in conjunction with 2022 World Tapir Day said it included safeguarding its habitat and slowing down their vehicles when passing through areas with wildlife signs.

“Malaysia is lucky to have the Malayan Tapir species which is the largest tapir species in the world. Let us protect this invaluable treasure of our country to be passed on to future generations,” he said.

The Malayan tapir is unlike other tapir species in the world because of their distinctive black and white colour.

Takiyuddin said the ministry, through the Department of Wildlife and National Parks (PERHILITAN) Peninsular Malaysia,  would continue to intensify in-situ conservation efforts for the Malayan Tapir by strengthening habitat protection and ecological corridors.

“This is apart from carrying out inventories and managing conflicts through rescue and evacuation operations, installing yellow transverse bars, solar amber lights and crossing wildlife signs at several identified locations,” he said.

In terms of ex-situ conservation, he said the Malayan Tapir breeding programme at the Sungai Dusun Wildlife Conservation Centre, Selangor,  had produced 18 births in captive, while 14 Malayan Tapirs which were rescued due to human conflict had been released back to their natural habitat since 2008.

He said the efforts would also be further strengthened through the establishment of the Tapir Conservation Centre in Kenaboi, Negeri Sembilan, which is expected to be completed in 2025.

The World Tapir Day is celebrated on April 27 every year to raise public awareness on the importance of conserving tapir species and their habitats.